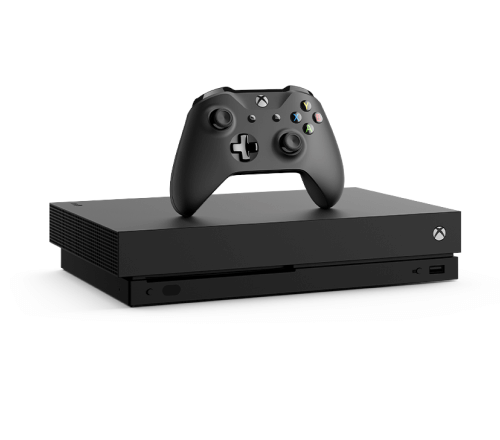 Xbox One X Bundles and Deals

Below our the current most popular Xbox One X bundles, choose your preferred bundle or compare all Xbox One X deals 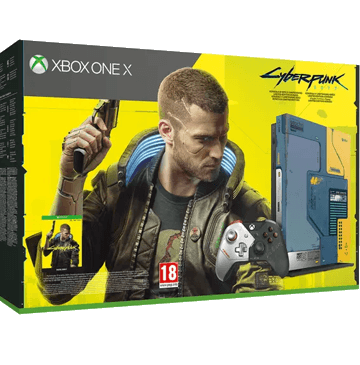 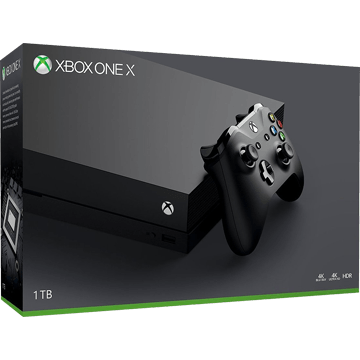 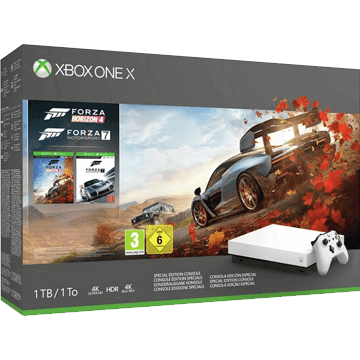 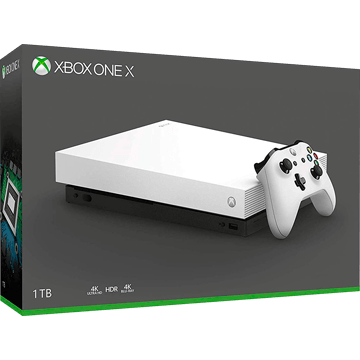 Don't forget to use our handy filtering system to help find your ideal Xbox One X bundle.

Why purchase an Xbox One X?

Microsoft has made it no secret that its ambition with the Xbox One X was to create “the world’s most powerful console”. For all intents and purposes it succeeded, with the Xbox One X specifically geared to cater towards hardcore gamer’s taste for the very best 4K visuals. Microsoft’s latest hardware revision is a significant one, boasting 40% more power than any other device to the point that it can run certain optimised games at true 4K quality at a smooth and steady framerate of just 60fps. If you’re a player who’s always seeking the newest, latest and best then the Xbox One X is the current-gen console for you.

How much more powerful is Xbox One X?

In terms of pure power, no other console on the market can compete with the Xbox One X. It almost triples the teraflop capabilities of its cousin console, the Xbox One S, allowing people to bring themselves closer to the games they play thanks to true 4K resolution. 12GB GDDR5 of graphic memory increases speed and power to game performance, allowing for bigger worlds and further horizons to load quicker. High Dynamic range or “HDR” works in tandem with the 4K-ready box, deepening colours to make them appear more lifelike.

What size is the Xbox One X?

This may be surprising to some, but the Xbox One X is actually much smaller than the original launch Xbox One console we got in 2013 despite the increase in power. To put this into perspective the initial Xbox One measured at 17 x 14 x 5 inches, while the much more powerful Xbox One X measures 11.8 x 9.4 x 2.4 inches to make it the smallest Xbox ever – even when compared to the Xbox One S, which is geared towards casual players. The Xbox One X fits neatly into anyone’s entertainment centre because of this.

Which games are enhanced for Xbox One X?

While any Xbox One game will look noticeably better on Xbox One X, there are certain games that have been developed with its 4K-ready capabilities in mind. As a general rule, it’s a safe bet to assume that any Xbox One exclusive falls under this remit, but some other highlights include: Assassin’s Creed Odyssey, Shadow of the Tomb Raider, Forza Horizon 4, Middle-Earth: Shadow of War and Gears of War 4. Xbox One X is the best place to play multiplatform games.

How much does an Xbox One X cost?

The Xbox One X lives up to its promise as being the world’s most powerful console, and the reality of this is that it comes at a higher cost the most others on the market. The RRP for an Xbox One X sits somewhere around the £400 mark, but in 2019 we’re far enough into the console’s lifecycle that you can offset some of this cost by picking up an Xbox One X bundle. It might still be £399.99 or thereabouts, but you get a new triple-A release ostensibly for free.

Playground Games’ acclaimed arcade racing series has never look or played better than on an Xbox One X, and Forza Horizon 4 as the latest entry confirms that. Setting players off within a vibrant United Kingdom that’s fully explorable, weather is fully dynamic and there is a record number of cars to get behind the wheel of. The Xbox One X Forza Horizon 4 bundle is all you need to jump in, featured a white variant of the console with 1TB of storage.

Battlefield V marks Dice’s most ambitious entry into the celebrated first-person shooter franchise yet, transporting players back to the events of WWII through four distinct single-player chapters. Also back is the fan-favourite multiplayer portion, where every inch of the environment is fully destructible and can be used in and out of your favour. The Xbox One X Battlefield V bundle features the unique Gold Rush special edition console with a full-game download of Battlefield V Deluxe Edition and Battlefield 1943, plus a matching wireless controller.

While Fortnite and Apex Legends took the Battle Royale concept and ran with it, we wouldn’t have heard about any of them were it not for Player Unknown’s Battlegrounds. It’s the game that sparked off an entire genre’s popularity, dropping 100 players down to an enormous map while duking it out to stay as the last survivor standing. The Xbox One X Player Unknown’s Battlegrounds bundle comes with one month’s free Xbox Game Pass and a black 1TB Xbox One X console.

Fallout 76 marks the first foray Bethesda’s acclaimed apocalyptic series has made into multiplayer, acting as an immersive prequel to the main series full of sights to see and lands to explore. Microsoft marked this occasion by teaming up with Bethesda to create an Xbox One X Fallout 76 bundle. The console itself is Black and comes with a copy of the game and 1TB of internal storage.

Five things to consider before buying an Xbox One X

1. Save money by getting an Xbox One X bundle

Picking up an Xbox One X bundle is a much more affordable route than if you went ahead and picked up the game and console individually. This goes double for Xbox One X bundles that include multiple games, which certain retailers have been known to offer. As a general rule, bundles represent better value.

2. Don’t be a slave to Black Friday

While you’ve likely been taught to think that the best Xbox One X deals only occur on Black Friday, all of the retailers we compare prices for run seasonal sales 365 days a year. We always advise purchasers never to wait. All you need to do is pick up an Xbox One X whenever you see the best deal for you.

3. Xbox One X boasts the better visuals, Xbox One S the lower price

The Xbox One X is the only console capable of running games natively at a 4K level. Most people won’t be able to notice the difference between this and 1080p unless the same game is being played side-by-side on an X and S simultaneously, but they’ll still appreciate the higher framerates and faster load times. Its HDR and 4K working in tandem that results in some of the most lifelike visuals possible on a current-gen console.

4. You only get one Xbox One controller

Regardless of the Xbox One model you punt for, each one will always come packaged with one at least controller in the box. Sold separately they retail for an average price of £49.99 – expensive, but worthwhile for use in Xbox One X’s selection of split-screen multiplayer games.

5. Be smart to grab a bargain

There are so many retailers now stocking the Xbox One X, making it likely that there will always be at least one selling them for less than the standard RRP. If you want to pay the cheapest possible price all you need to do is be savvy and use the filter tools we here at Console Deals provide.