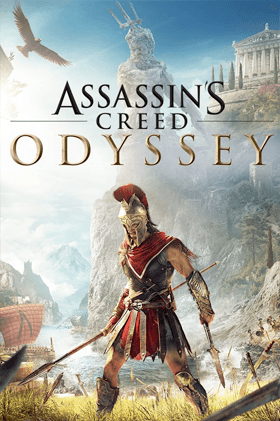 Find the best deals on Assassin's Creed Odyssey for PC, PS4, Xbox. We compare 111 deals (starting from £10.18) across every edition offered by our partner retailers.

Delve into the past with the latest in the Assassin’s Creed series. Assassin’s Creed Odyssey takes place in the exciting, culturally rich world of Ancient Greece, almost half a millennium before the events of 2017’s Assassin’s Creed Origins, and introduces players to an exciting, immersive new world. A huge fictional city is all yours to explore with the classic mix of stealth and assassin-style climbing.

Odyssey is the first in the series to introduce multiple protagonists, with the option to play as either the male Alexios or female Kassandra, and places greater emphasis on RPG-style elements that previous entries in the series. With a skill tree that enables you to pick and choose how you play the game and enhanced opportunities to interact with other characters, this promises to be the most immersive Assassin’s Creed game ever.

However, don’t worry – the action remains true to the quintessential Assassin’s Creed formula. The adaptive combat engine continues to be improved, with your character and enemies responding differently depending on where the combat is taking place. Also making a return is the naval warfare system, which enables you to align yourself with specific factions and take on foes for huge bounties.

Odyssey is without doubt the most ambitious Assassin’s Creed to date, letting players loose amongst a sprawling rendition of Ancient Greece that accurately winds back the clock to the time of the Peloponnesian War. There are several new elements introduced in Assassin’s Creed Odyssey, all of which come together to let players claim the title of the most legendary assassin. Let’s take a look.

Assassin’s Creed has dabbled in the realm of duel playable assassins before, but not like this. Whereas 2015’s Assassin’s Creed Syndicate saw you switch between the Frye twins, Odyssey lets you choose between female Kassandra or male Alexios. Both of are descendants of King Leonidas I, the famous ruler of Sparta during the Second Persian War. Whomever you pick, the other will appear elsewhere in the story to raise the personal stakes to an unprecedented degree. 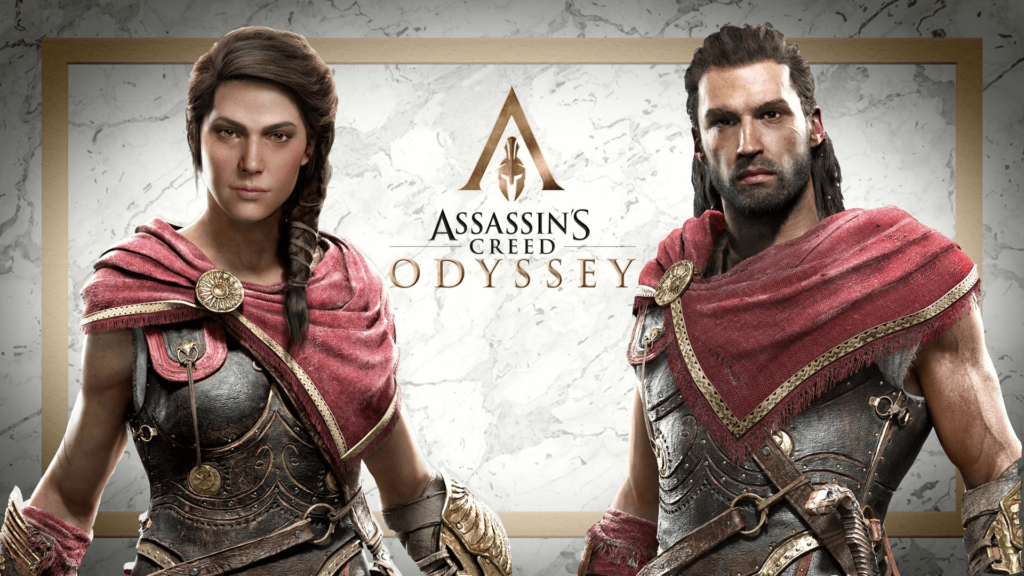 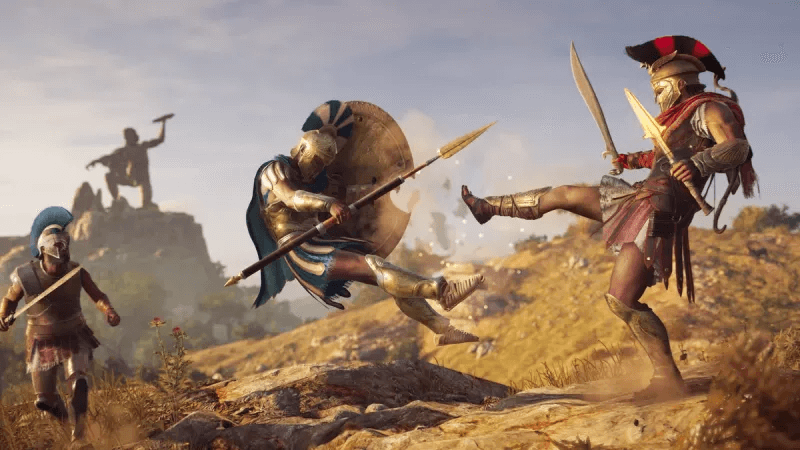 Assassin’s Creed Odyssey features three distinct skill trees for players to sink their points into: Warrior, Hunter or Assassin. All three cater to a specific style of play, whether that be stealthy, aggressive or somewhere in between. This is in addition to new combat abilities like the Spartan kick and Shield Bash that make their first appearance, using up an in-game ability meter over time. Odyssey asks you to think carefully about every move you perform, but the reward is that you become a bigger, better, more badass assassin warrior.

The Peloponnesian War wasn’t without its share of epic battles, and Assassin’s Creed Odyssey provides every means to let you relive these moments and turn the tide in favour of the Spartans or Athenians. Who will you choose to side with? Enter a new portion of the map, incite a battle and take out as many foot soldiers as possible before finally defeating the army’s key commanders. 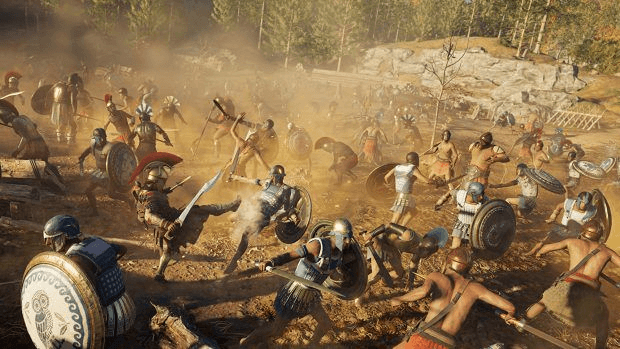 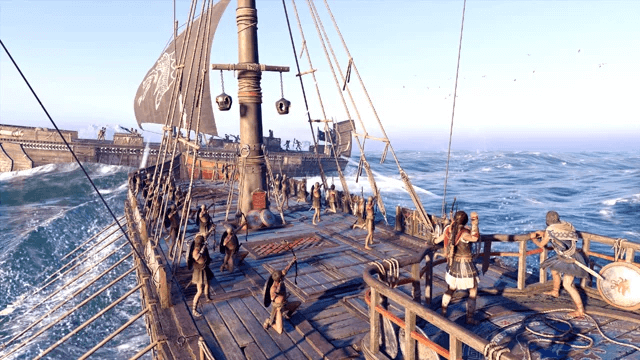 Lead a crew on the open high seas

A feature that first debuted in the American frontier-set Assassin’s Creed 3, boat battles make their first full appearance since Assassin’s Creed 4: Black Flag in Odyssey, letting players captain a faithful crew to duke it out on the ocean. This makes sense given that the Aegean Sea is yours for the taking. Head up a ship, build up your crew and board other boats to secure your dominance on water as well as land.