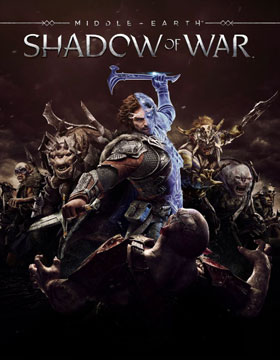 Find the best deals on Middle-Earth: Shadow of War for PC, PS4, Xbox. We compare 48 deals (starting from £2.31) across every edition offered by our partner retailers.

Set in the heart of Tolkein’s Lord of the Rings universe, Middle-Earth: Shadow of War puts you in the shoes of Gondor ranger Talion, who must, as part of a vast army take on the dark forces of Sauron. With its vast, open-world style and numerous things and features from the books and films to discover, Shadow of War operates as a prequel, set several decades before the events of Lord of the Rings.

The huge combat set pieces were a major highlight of Middle-Earth: Shadow of Mordor, and they return here. Take on gigantic trolls, storm enemy strongholds and defend fortresses from marauding armies. Impressive graphics will make you truly feel a part of Middle-Earth.

The game’s much-praised Nemesis system returns, where you will make specific enemies during your journey across Middle-Earth and the many battles you’ll encounter. The long-running feud that will develop between you and your nemesis creates a personal touch to even the most epic of battles. Better yet, if you played the original game, you can transfer your nemesis over to the new game in order to continue your battle.

You can also upload fortresses you’ve fortified in your single player to an online multiplayer mode, where you can challenge other players to try and stage a successful siege against your forces and vice versa.

For fans of the Lord of the Rings lore, Shadow of War is a must-own.

Watch the story trailer for the game.

See what gameplay Shadow of War has to offer.