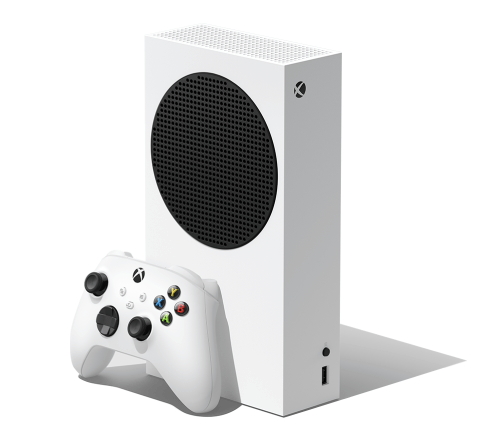 Compare prices and deals on for the next generation Xbox Series S console. Console Deals is the UK’s favourite dedicated gaming deals finder and price comparison website, with every deal from every major retailer compared and prices checked multiple times every hour. We are the best online comparison site for Xbox Series S bundles & deals

Xbox Series S bundles UK – all you need to know

After months of anticipation, the Xbox Series S is now available in the UK, having launched back on November 10th of 2020.

Though not quite as in-demand as the PS5 or the Xbox Series X, the Series S has nonetheless proved to be difficult to get hold of. With its incredible RRP £249.99 - the same as the console's predecessor, the Xbox One - there's been huge demand for Microsoft's budget console. The fact that the PS5 Digital Edition has been out of stock since the console launched has meant that the Series S has been the only show in town when it comes to budget next gen consoles.

Xbox Series S stock has now reached a steady level to where most retailers have stock and the console is not too difficult to get hold of. Furthermore, we're starting to some better Xbox Series S deals with certain bundles offering great savings on Xbox Game Pass and even big games such as FIFA 22. This page is the best place to find cheap Xbox Series X deals and bundles that are updated regularly. If stock does begin to dwindle as demand increases over the holiday period check out the helpful tips below:

The little brother of the Xbox Series X, the Series S packs a huge punch into a tiny package, and helps bring the next generation to you without breaking the bank.

In keeping with the modern trend for multiple models of the same console to cater to a wide range of gaming tastes and styles, Microsoft are for the first time launching two different models of a new Xbox generation. While the Series X may be the more powerful console, the value for money offered from the Series S console is little short of remarkable.

Capable of supporting games running at 120FPS with a resolution of 1440p, boasting 4K upscaling, 4K media play-back, the Xbox Series S will open the eyes of current generation players to a world of incredible realism and smooth performance. If you’re not someone who owns a 4K television, the Xbox Series S will give let you sample the next generation of gaming without spending money on features you’re not able to make the most of.

All of this is built upon a 512GB SSD. With the current generation of consoles utilising traditional hard drives, the move to SSDs will result in a marked improvement in loading times. What’s more remarkable is that this entire package will begin with an RRP of £249, putting it roughly on a par with the current base level of PS4 and Xbox One offers.

With so much tech crammed in, you’d be forgiven for assuming that Microsoft have resorted to using hefty, unwieldy components. On the contrary, the Xbox Series S packs all of this tech into the smallest Xbox ever, a remarkable piece of engineering that will fit comfortably into any entertainment centre.

When was the Xbox Series S’s release date?

The Xbox Series S hit UK store shelves last month, on the 10th of November. That’s the exact same date as its souped-up sibling console, the Xbox Series X. Like the X, it proved extremely popular, and stock is proving hard to find - we expect we'll likely see another couple of batches of stock before Christmas, but you'll need to be fast to grab the one in time. See above for our top tips on getting one.

What Xbox Series S bundles will be available?

Currently, we have no official word on what, if any, bundles the Xbox Series S will launch with. However, as the console doesn’t have a disc drive and will therefore rely solely on digital downloads and streaming, it seems a safe bet that even if we don’t see a hard bundle featuring a game with the console, we’re very likely to have Microsoft bundling subscriptions to their hugely successful Xbox Game Pass with the console.

Of course, we don’t need to rely on hard bundles from Microsoft; expect to see all sorts of offers from various retailers, who we think will be including a game at a heavy discount with the console in order to incentivise you to buy from them. Another popular option we foresee is retailers bundling the console with an external hard drive. Though the Series S’s SSD is a huge leap forward in terms of performance, its relatively limited capacity means that there’ll be a big market for expanding the storage capacity. A bundle with an extra hard drive would therefore make a lot of sense.

What we are seeing so far is several retailers bundling the console (which comes with a new version of the Xbox controller as standard) with a second controller. If you're planning on some local multiplayer action, then you could do a lot worse than picking up both the console and two controllers in one fell swoop. We've also seen, inevitably given the Series S' lack of disc drive, several bundles that come with subscriptions to Xbox Game Pass. 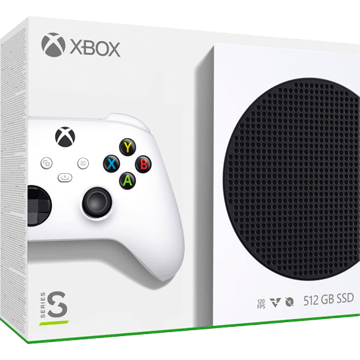