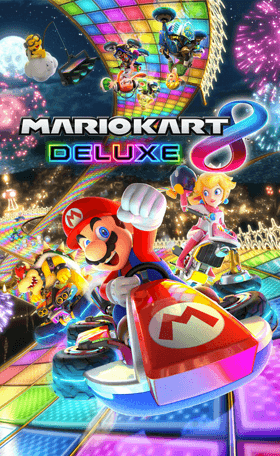 Find the best deals on Mario Kart 8 Deluxe for Nintendo Switch. We compare 30 deals (starting from £34.99) across every edition offered by our partner retailers.

Get racing with your friends in the latest instalment of one of Nintendo’s most beloved and enduringly popular series, Mario Kart for the new Nintendo Switch. An updated version of the Wii U edition Mario Kart 8, Deluxe will enable you to play as all your favourite Mario characters including the eponymous plumber, his brother Luigi, nemesis Bowser and numerous others from the Mushroom Kingdom, as well as some other familiar faces including Link from The Legend of Zelda series.

As well as classic grand prix mode, Mario Kart 8 Deluxe offers a revamped version of the hugely popular battle mode, with eight different courses and five game modes making it perfect for the local multiplayer functionality of the Switch. Another returning feature is the double item box, last seen in the GameCube’s Mario Kart: Double Dash, ensuring even more mayhem than usual!

Mario Kart 8 Deluxe promises to be the biggest Mario Kart ever. Not only does it have the entire game as it was released on the Wii U, but comes packaged with all the DLC that was launched afterwards. In addition, the characters of King Boo, Dry Bones and Bowser Jr. all return, while Inkling Girl and Inkling Boy make their series’ debuts. This impressive roster of characters can be raced on no fewer than 48 full grand prix tracks.

Get a preview of the sort of chaos you and your friends can enjoy in Mario Kart 8 Deluxe’s battle mode. With all your favourite weapons and characters to choose from, how you go about winning is entirely up to you! Better yet, thanks to the ability to use each Joy-Con pair as two controllers, you can quickly and easily get friends involved in multiplayer mayhem!

See the Switch’s handheld mode showcasing Mario Kart 8 Deluxe in action! The Switch can be docked in TV mode like a conventional console or picked up and played on the move, with a seamless transition between the two modes meaning there’s no need to worry about losing your progress when you switch from one game mode to another.

See a full breakdown of everything that Mario Kart 8 has to offer in terms of characters, courses, items and game modes! Whether you’re first starting out or want to re-familiarise yourself with the best tips, this overview trailer will do the trick.

Race through new and classic tracks as Nintendo Switch characters

The Mario Kart series has always featured a cast of eclectic characters to drive as, but Mario Kart 8 Deluxe now raises the bar even higher. You have regulars like Mario, Luigi, Peach and Bowser, sure, but then also entering the mix is the likes of The Legend of Zelda’s Link, the Inklings from Splatoon 2 and Animal Crossing’s villager. Who will you choose to play as on the track?

All look and play incredibly differently when behind the wheel of their karts, giving you the variability needed to let you decide whether you want to emphasise speed, acceleration or drifting. Mario Kart 8 Deluxe has quickly become one of the best-selling Nintendo Switch games for a reason, being the perfect game to run through on your own or break out for a multiplayer game night to play with friends and family.

A high-speed Wii U gem gets remastered for Nintendo Switch

The original version of Mario Kart 8 originally released on the Wii U, therefore boasting a limited player base due to that console’s disappointing sales numbers. However, the continued successes had by the Nintendo Switch means that Super Mario’s latest kart racing classic can be enjoyed by a whole new audience. And not only that, but a souped-up iteration that builds upon the original Mario Kart 8’s foundation by packing in all the released DLC, including new tracks, characters and vehicles. 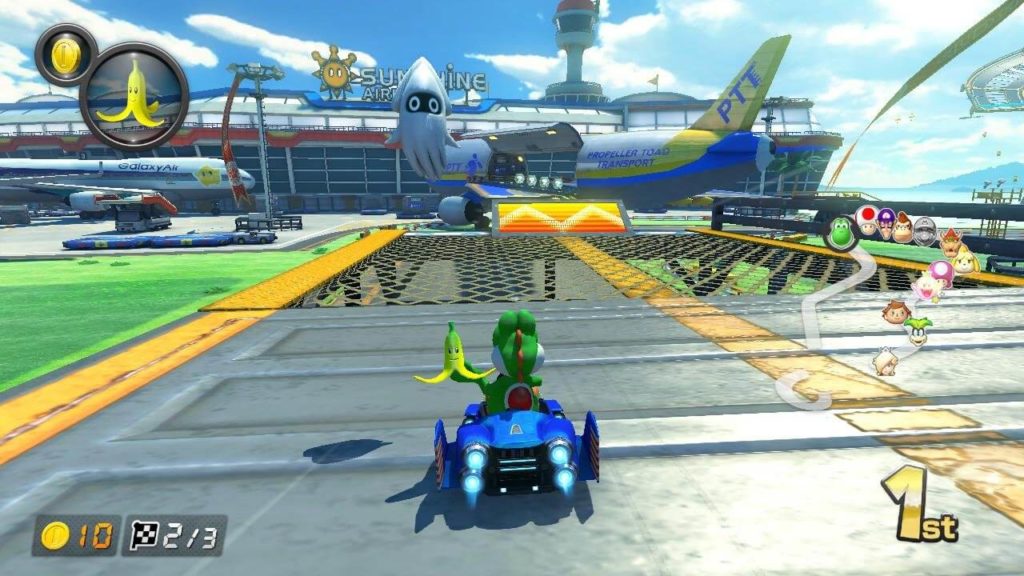 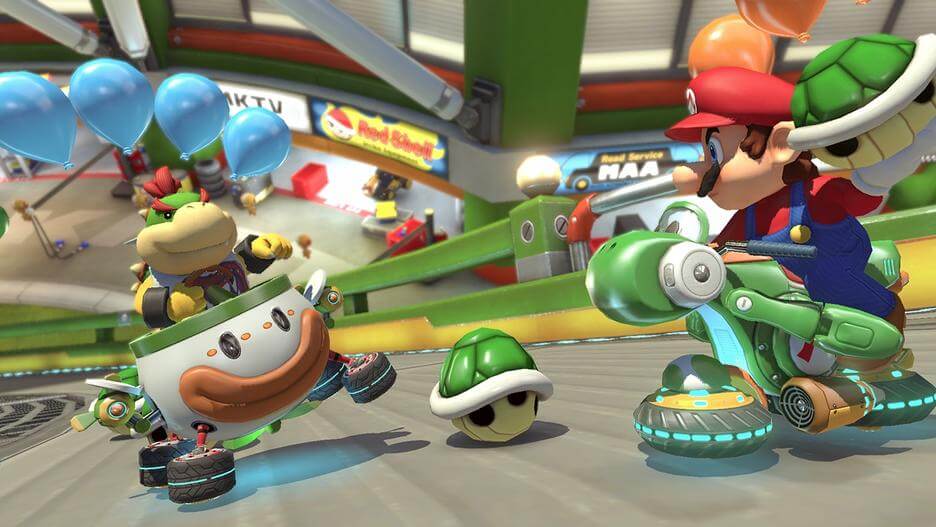 Go against the world with Nintendo Switch Online

While not necessary to enjoy Mario Kart 8 Deluxe to its fullest, those with a Nintendo Switch Online subscription can take to the track online against others in a bid to hone their racing skills further. Racing against the AI is one thing, but only by duking it out with players from Russia, America and the like will you truly know where you place in the Mario Kart 8 Deluxe rankings. Every featured track in the solo mode translates seamlessly to multiplayer, giving you good cause to get good.