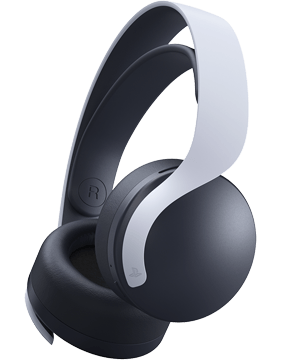 One of the major aspects of the PS5 that Sony have been touting ever since they first unveiled their next generation console is the revolutionary sound design. While graphics, resolution and frame rates remain the big selling points for both the PS5 and Xbox Series X, Sony are intent on delivering an immersive sensory experience that goes beyond sight and encompasses sound.

A big part of that is the PS5 Pulse 3D wireless headset. This officially licensed headset is part of the suite of PS5 accessories that Sony has launched alongside the console, and like the revamped DualSense controller, it offers a sleek, futuristic design in-keeping with the console itself.

However, looks are one thing; the real acid test for the Pulse 3D headset is in its tech. The headset is, for starters, wireless, meaning no irritating tangles to unravel each time you put it on. Charging via USB C, the headset features an array of simple controls to allow you to tweak your settings even in the heat of an intense firefight or in the climactic moments of a sports sim.

The headset features two internal mics, letting your teammates hear you with a crisp clarity often lacking in gaming headsets, while Tempest 3D AudioTech means that no matter what sort of game you’re playing, you’ll be immersed in a soundscape that truly brings the game to life.

We compare prices and check stock of the PS5 Pulse 3D wireless headset from all the UK’s leading retailers, and we check prices multiple times an hour to make sure you never miss an offer! Remember, the Pulse 3D is the only official PS5 headset on the market, so you can't go wrong!

A headset built for a new console generation

The Pulse 3D wireless headset was designed and developed alongside PlayStation 5, making it the best possible solution for those that want to experience 3D audio and surround sound when playing games. The headset puts you at the centre of these incredibly immersive soundscapes so you can tell what direction music and noises are coming from.

A comfortable fit for all player heads

Aside from matching the PS5 console’s colour scheme and sleekness, the Pulse 3D wireless headset maintains the simplicity and ease of using it also. It perfectly complements the look of PlayStation 5 and touts comfy earpads and a headband strap to snuggly sit on your head. It always provides the upmost comfort, keeping you immersed for hours on end.