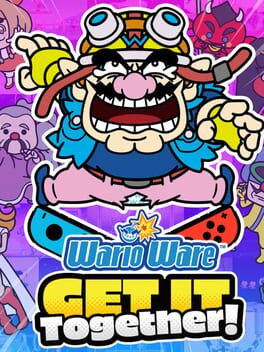 Warioware: Get it Together

Find the best deals on Warioware: Get it Together for Nintendo Switch. We compare 31 deals (starting from £34.85 across every edition offered by our partner retailers.

Mario’s moustachioued nemesis is back with an all-new series of maniacal micro-games in Warioware: Get it Together. The first in the franchise since Game & Wario released back on the Nintendo Wii U in 2013, players on Switch will finally know what it’s like to have to think on your feet fast while interacting with your console in unique and unexpected ways.

This time around the Warioware action is all centred around two-player play. When his latest business scheme goes haywire, Wario puts together a collection of twisted mini-games that you and a friend must work through in order to prevent disaster. Never before have players been able to play together in a Warioware game, and in Get it Together you can do so either on the same Nintendo Switch or with two consoles connected via wireless.

Enjoy over 200 unique micro-games in Warioware: Get it Together on Nintendo Switch

The joy of Warioware is not knowing what will be asked of you next. The same goes for this latest entry on Nintendo Switch, which tasks you and another player to work your way through over 200 individual mini-games. The lighting-fast gameplay provided in each always makes for some frantic fun, all as some of the Mario universe’s most chaotic animations occur on screen.

Warioware: Get it Together lets you enjoy two-player co-operative play both in and outside of its story mode. The beauty of this is that only Nintendo Switch console is needed to enjoy the fast frenzy that comes from the various games. Alternatively, though, two systems can connect together locally so you never have to go it alone when aiding Wario’s latest dastardly plan.

Get it Together sees you control Wario and friends trying to prevent disaster during a series of chaotic games. Whether you’re tipping a turtle onto its back using Wario’s dash or using new companion Ashley to hurl spells, Warioware will have you switching characters depending on the situation and taking on a rush of microgames as Wario’s crew.