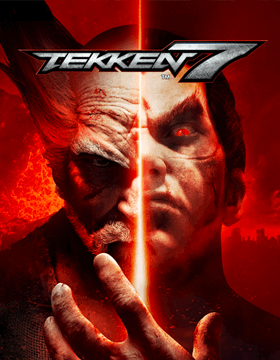 Find the best deals on Tekken 7 for PC (Microsoft Windows), PlayStation 4, Xbox One, Arcade. We compare 48 deals (starting from £4.37) across every edition offered by our partner retailers.

Ever since it burst onto the Street Fighter-dominated scene in 1994, Tekken has been a beloved fixture of the fighting game scene. Instantly iconic characters and gameplay that offered accessibility to newcomers but depth to experienced hands made the first entry of the series into a classic.

Sequels to the original expanded on the list of characters and enhanced Tekken’s reputation. The main series laid dormant between 2007 and 2015, when the seventh iteration was introduced as an arcade exclusive – until now.

Tekken 7 features a total of 38 characters, hundreds of specialised moves, exotic fighting locations, and a dark storyline that promises to serve as the conclusion to long running plotlines.

Years in the making and now finally available on Xbox One and PS4, Tekken 7 is a must-have for any fighting game fan. Whether you love using the jaguar-masked lucha libre wrestler King, the nightmarish Yoshimitsu or series mainstay Kazuya Mishima, Tekken 7 deserves a place in your games collection.

Learn the backstory for Tekken 7’s epic plot – choose your side and begin your battle!

A half hour look at Tekken 7 gameplay, what different game modes mean and what characters are available.