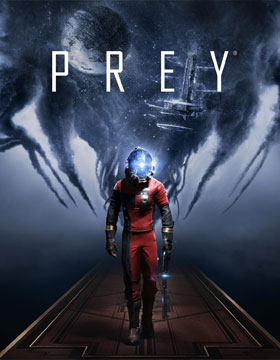 Find the best deals on Prey for PC, PS4, Xbox. We compare 12 deals (starting from £5.99) across every edition offered by our partner retailers.

From one of the most successful studios of the last two decades, Bethesda, comes Prey, a comprehensive re-imaging of the popular original that was released over a decade ago. Combining elements of horror, action and sci-fi, Prey is a first person shooter with a heavy emphasis on immersion and suspense.

You star as Morgan Yu, tasked with visiting a space station orbiting the moon in the near future. A research lab looking into an alien race, the station has become overrun and it’s down to you to eradicate the threat before it spreads to Earth.

Taking inspiration from the suspense and horror aspects of the Alien film franchise, Prey ratchets up the tension by utilising a Metroidvania open-world style map that enables the player to make the choice about where they explore next. What type of skills you prioritise will determine how you play the game – will you opt for stealth, or go in all guns blazing?

Prey is an atmospheric, exhilarating shooter available on Xbox One and PS4.

Get an appetite for Prey with the opening 35 minutes.