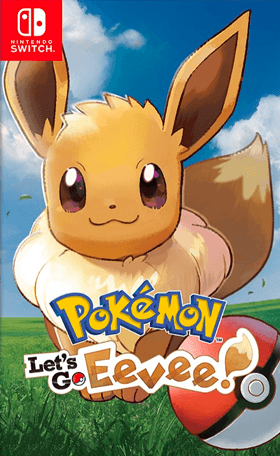 Find the best deals on Pokemon Let's Go Eevee! for Nintendo Switch. We compare 28 deals (starting from £14.98) across every edition offered by our partner retailers.

Along with companion game Let’s Go Pikachu!, Pokemon Let’s Go Eevee! is a reimagining of the beloved original Pokemon games for the Gameboy.

Gone are the battles with wild Pokemon, replaced by more predictable encounters that use motion control mechanics similar to those found in Pokemon Go. The Poké Ball Plus controller (sold separately) enables you to play like a real Pokemon trainer.

An all-new graphics engine brings your companions to life like never before, while the Switch’s power means that for the first time, you’ll be able to play on your TV and on the go!