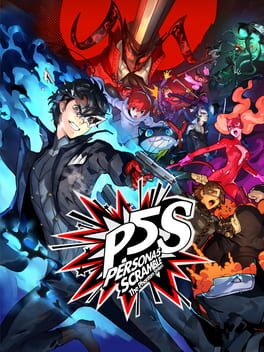 Find the best deals on Persona 5 Strikers for PC (Microsoft Windows), PlayStation 4, Nintendo Switch. We compare 48 deals (starting from £29.99) across every edition offered by our partner retailers.

Having any already dominated prominent Japanese franchises like The Legend of Zelda and Fire Emblem, Omega Force is yet again fusing the Dynasty Warriors formula with another universe – this time it’s the world of Persona 5. Letting you slay hundreds of on-screen at once as fan-favourite characters like Joker and Morgana, Persona 5 Strikers is a continuation of the popular JRPG arriving on PlayStation 4 and Nintendo Switch.

Persona 5 Strikers has already made big waves in Japan, where it was known as Persona 5 Scramble and offered Eastern players the ability to hack and slash in a story set 6 months after the main game. Now, however, English-speaking players can also jump in on the fun, indulging in real-time action combat that also brings in elements of Persona’s trademark turn-based gameplay.

One of Persona 5’s most beloved aspects is its strong artistic direction, which sees everything from the menu screen to the gameplay itself portrayed in an explicit Manga style. This aesthetic has been lifted by new developer Omega Force for Persona 5 Strikers, ensuring that this hack-and-slash battler feels like a true part of the established world. Joker and the rest of the Phantom Thieves of Hearts have never looked or played better.

Wield multiple personas to turn the tide of battle

Much like in the base game, Persona 5 Strikers is built around letting players deploy unique personas. Here they’re gained through random drops or by defeating specific bosses, and all are powerful enough to affect major change during hack-and-slash bouts. You can even combine them when visiting the Velvet room to alter their abilities.

A healthy mix of real-time and turn-based combat

Persona is a series known for its satisfying turn-based combat, and though most Dynasty Warriors games are real-time, Omega Force has found a great way to blend the two. You and your party roam the battlefield as usual, but the action will temporarily pause as soon as you com e into contact from enemies. From here you can choose how to destroy them, deploying the relevant persona to maintain an advantage.