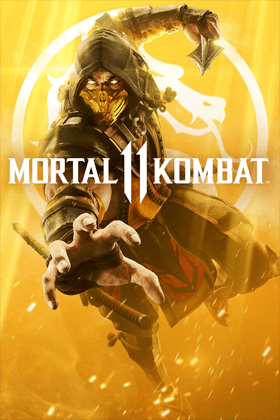 Find the best deals on Mortal Kombat 11 for Nintendo Switch, PC, PS4, PS5, Xbox. We compare 65 deals (starting from £6.98) across every edition offered by our partner retailers.

Mortal Kombat 11 promises to be the goriest, most brutal rendition of NetherRealm’s acclaimed fighting franchise yet, placing an emphasis on past and present generations so that multiple versions of fan-favourite characters can duke it out on one screen. Similar to the adjustments made in NetherRealm’s other series, Injustice 2, Mortal Kombat 11 introduces a new gear system in which fighters can be personalised with armour and weaponry to live up to their full potential in battle.

Confirmed fighters so far include Scorpion, Sub-Zero, Raiden, Noob Saibot and Kung Lao amongst others, and those that pre-order Mortal Kombat 11 before launch will gain access to Outworld’s evil ruler Shao Khan. New fighters and modes are confirmed to be drip fed into the game post-launch, assuring that Mortal Kombat’s blend of combos, finishers and fatalities stay fresh for both casual players and members of the fighting game community.

As well as the return of The Krypt, where players can spend Koins in-game to unlock exclusive rewards, Mortal Kombat 11 retains its reputation as being the fighting game franchise that pays the most attention to story. Following on from the events of 2015’s Mortal Kombat X, a corrupted Raiden is no longer interested in protecting Earth Realm and instead wants to destroy. This turn is what inspires Mortal Kombat’s hero roster to team up with a mysterious goddess named Kronika, known as “The Keeper of Time” and defend the world from Outworld’s hellish forces.

We check the leading gaming retailers on a daily basis to bring you the the cheapest prices for Mortal Kombat 11. All deals that we feature are for new conditioned copy of the game, both physical and digital download versions. Compare Mortal Kombat 11 prices for PS4, Xbox One and Nintendo Switch.