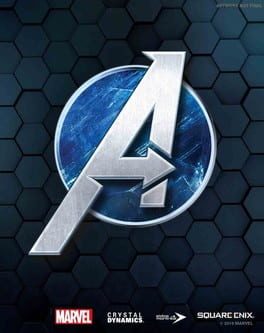 Find the best deals on Marvel's Avengers for PC, PS4, PS5, Xbox. We compare 100 deals (starting from £16.25 across every edition offered by our partner retailers.

Marvel’s Avengers is a brand new action-adventure that sees you take hold of Earth’s Mightiest Heroes and do battle with a rogue’s gallery of villains. Thor, Hulk, Iron Man, Captain America and more all appear, each playable and boasting their own unique special abilities. You can do so either solo and experience a gripping story or as part of a team with up to three other players online in what’s called War Table multiplayer.

Marvel’s Avengers sets players on an entirely original storyline inspired by the long-running history of comic book narratives. It all kicks off during A-Day, when a member of the team falls and the majority of San Francisco is destroyed. The main bulk of the game then picks up five years later, with you playing as MS. Marvel, during a time when superheroes have been outlawed but the Avengers take it upon themselves to reassemble.

An original Marvel adventure from the makers of Tomb Raider

Before jumping into the Marvel universe, developer Crystal Dynamics had perfected the art of open world game design through the acclaimed reboot Tomb Raider games. All this knowledge translates to how great Marvel’s Avengers will look and play, combining a deep single-player campaign with specific multiplayer scenarios that sees four players fight side-by-side. You’ll get to swap between a team of heroes and utilise their different powers on the fly.

Unlockable costumes from across the Marvel universe

No Marvel game is complete without its fair share of unlockable costumes, and luckily, Marvel’s Avengers promises to have a great range for each of the main heroes. A large portion of them will be earnable in-game, while other cool costumes will be added as DLC post-release. Costumes are expected to operate separately to upgrades, changing your aesthetic instead of power set.

As well as iconic team members on the hero side of things, Marvel’s Avengers will cherry-pick some of the best villains from comic book history to have you face off with. Subjects like Abomination and Taskmaster have already been confirmed, likely being the simple grunts that will eventually pave the way to the ultimate big bad.

As well as the Avengers line-up’s usual suspects, the game will primarily play out from the perspective of newcomer Kamala Khan, otherwise known as Ms. Marvel. She has the ability to stretch to a great degree (similar to Mr. Fantastic) and will grow her powers over the course of the single-player campaign. Ms. Marvel is the conduit in which this story unfolds, marking her first major appearance in a video game.

Play as Spider-Man exclusively on PS4

Following on from the fantastic Marvel’s Spider-Man game on PS4 from 2018, Square Enix has confirmed that the webhead himself will be swinging his way exclusively to the PS4 version of Marvel’s Avengers. He won’t be available instantly at launch, but he’s set to join the likes of Captain America, Ms. Marvel and more via post-launch DLC.