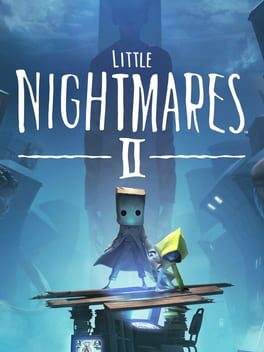 Find the best deals on Little Nightmares 2 for Xbox One, Nintendo Switch, PlayStation 4. We compare 103 deals (starting from £14.97 across every edition offered by our partner retailers.

Most 2D puzzle-platformers opt for a charming and colourful look. However, 2017 gave us a darker and more unsettling take on the genre via the original Little Nightmares. The game became a bit of an indie darling upon release, so it’s not too surprising to learn that 2020 will see the release of Little Nightmares 2. This is a canonical sequel that takes place immediately after the first game, pitting the yellow-coated Six and new character Mono against a whole new cast of haunting residents.

Once again developed by Tarsier Studios and published by Bandai Namco, Little Nightmares 2 sees you traverse an entirely new location in The Black Tower. This mysterious complex is home to various creepy characters and dangers you’ll need to traverse, all in the hopes of learning the tower’s purpose. Luckily, you won’t have to go it alone this time, as Mono and Six at least have each other.

A dark puzzle-platformer coming to Switch, PS4 and Xbox One

Little Nightmares 2 releases on all three major console platforms some time in 2020, treating players the world over to its thrilling brand of thrills and atmosphere. Six has found herself slowly fading away since the events of the prior game, placing her fate in the hands of Mono who must reach the top of the Black Tower to save her in time. Will you be able to stave off all the hunters trying to get you?

Witness the growing friendship between Mono and Six

Whereas the first Little Nightmares game was a solo adventure, this sequel features the relationship right at the heart of it thanks to the addition of Mono as a new character. He serves as little Six’s only hope to survive within the world of The Black Tower. An evil source is spreading through the TV screens of the world, but the duo’s attempt to thwart it will see their bond continue to grow.

A wide variety of creepy environments to traverse

The previous Little Nightmares game saw you confined to a ship, meaning that the locations you passed through ended up feeling rather limited. This is a factor that’ swiftly been remedied for this sequel, which will require Mono to traverse such environments as the creepy woodland, sinister school, and of course The Black Tower itself.