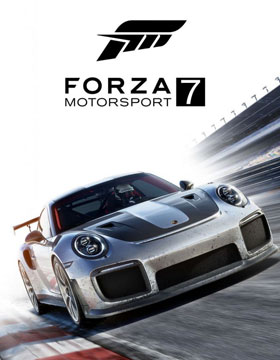 Find the best deals on Forza Motorsport 7 for PC (Microsoft Windows), Xbox One. We compare 28 deals (starting from £7.49) across every edition offered by our partner retailers.

With Forza’s Horizon series offering a lively, arcade-style racer, the Motorsport group of games have been dedicated to offering players as realistic a driving experience as possible, with an ever-expanding roster of cars than span from the usual to the rarer than rare supercars.

Forza Motorsport 7 will feature over 700 unique cars from which to choose, so no matter if it’s basic models or highly tuned autos that you want to use, you can. 30 beautifully-realised track locations keep things varied, with over 200 different configurations of tracks ensuring that you’ll never run out of different ways to race, be it on single player or online.

Even more excitingly, Motorsport 7 will be one of the first Xbox One X optimised titles, and has already been used to showcase the new system’s draw dropping capabilities. Running at an Ultra HD 4K definition while maintaining a smooth 60 frames per second results in arguably the most photo-realistic driving experience ever on a console.

See Forza Motorsport 7 in all its 4K glory.