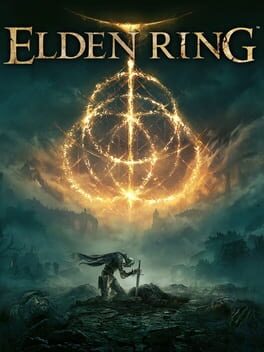 The next game from acclaimed developer From Software isn’t a sequel to Bloodborne or Dark Souls, but rather a totally new dark fantasy series. Elden Ring presents players with an unknown universe that will always keep them guessing, retaining similar gameplay hallmarks like precise combat, hard bosses and secret lore so as to give them some sense of familiarity while never quite being sure of what to expect.

Hidetaka Miyazaki returns to the directing helm for Elden Ring. This time, however, he’s had help crafting the lore and universe of this world from one of the world’s best-selling fantasy authors. George R. R. Martin is obviously most famous for writing Game of Thrones, and here he lends a hand to provide Elden Ring additional texture using his familiarity with dark fantasy. In many ways, Elden Ring is the culmination of what From Software has been working towards.

Explore a world full of mystery and peril in Elden Ring for PS4, PS5 and Xbox

Journey through the Lands Between in an effort to become the Elden Lord. These lands are ruled by the evil Queen Marika the Eternal, and only by mastering the power of the shattered Elden Ring can you hope to survive all the threats laying before you. You’ll venture from suffocating swamplands, endless mountains, all the way up to menacing-looking castles. It’s all here in Elden Ring.

Define your own playstyle by creating a distinct character

Much like in other Soulsborne games, Elden Ring presents you with a suite of different customisation options in which to create your own character. These options aren’t purely aesthetic, though, but can drastically affect your gameplay style and your proficiency with melee weapons, magic abilities and other skills. Much of this can then also influence how you dispatch enemies.

Dig your way into the largest FromSoftware ever created

Most people might associate FromSoftware games with tightly packed spaces and extremely detailed areas. These all still exist in Elden Ring, only now they make up one of the largest and most expansive location the developer has ever created. This allows them to “wow!” you with a variety of different dark fantasy settings, each with their own dangers to overcome.