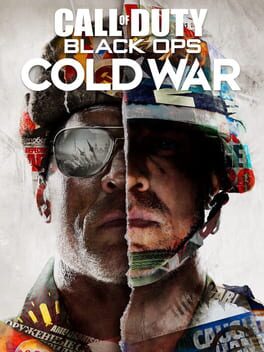 Find the best deals on Call of Duty: Black Ops Cold War for PC (Microsoft Windows), Xbox One, PlayStation 4, Xbox Series X, PlayStation 5. We compare 93 deals (starting from £43.99) across every edition offered by our partner retailers.

Following on from the success of last year’s Modern Warfare reboot, Activision is once again revisiting a classic subseries of Call of Duty for 2020’s edition. Call of Duty: Black Ops Cold War is a direct sequel to the 2010 original, taking place in the early ‘80s when political tensions between America and Russia were at their absolute peak. Cold War uses this historical backdrop in both its gripping single-player campaign and thought-out multiplayer.

Confirmed locations you’ll be completing missions in include East Berlin, Vietnam and Turkey, all of which will be rendered as beautifully as possible – especially for those planning to play on PS5 and Xbox Series X. This combines with Call of Duty’s trademark tight gunplay, which places emphasis on satisfying feedback amidst every weapon featured. Call of Duty: Black Ops Cold War is boots-on-the-ground FPS warfare at its finest.

A premiere Call of Duty experience on PS4, PS5 and Xbox

Veteran players will know that it’s not just one component that makes up a Call of Duty game, but several. In this instance it’s the Hollywood-style single-player campaign, robust multiplayer and the return of Zombies. The latter is a fan-favourite co-operative experience that will see you make use of an arsenal of weapons and equipment present in the cold war as you face off against legions of the undead with up to three friends by your side. The value proposition in Call of Duty: Black Ops Cold War surpasses any prior title on every platform its releasing on, and will continue to improve with regular updates made to multiplayer and Warzone.

Call of Duty: Black Ops Cold War will be the first entry in Activision’s blockbuster series to release on PS5 and Xbox Series X. It will use this revamped hardware to render certain portions of the game in luscious 120fps, utilising HDR and Ray-Tracing to deliver the most attractive FPS experience the series has ever seen. Those that pick Cold War up on PS4 and Xbox One, however, will have the option to upgrade.

Pre-order the game to unlock Frank Woods in Warzone

Call of Duty: Black Ops Cold War might be launching with an extensive multilayer component touting a slew of classic game modes, but that doesn’t mean anyone still enjoying CoD’s free-to-play offering need miss out. By pre-ordering the game today you’ll unlock a playable character from the Black Ops series in Warzone: Frank Woods.