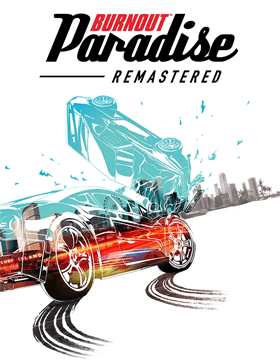 Find the best deals on Burnout Paradise Remastered for Nintendo Switch, PC, PS4, Xbox. We compare 54 deals (starting from £4.23) across every edition offered by our partner retailers.

The Burnout series has been a perennial favourite since it launched over a decade and a half ago in 2001. Offering superb visuals for its era and an incredible sense of speed, what truly set Burnout apart was the way it dealt with collisions. Not only did you have to endure seeing every one of your mistakes played back to you in spectacular slow-motion crash footage, but you could use crashes to your advantage by forcing rivals into oncoming traffic.

Burnout took this mechanic and ran with it over the next games in the series, introducing even more ways to wreak havoc on the roads and even dedicated modes where the aim was to cause as much damage as possible in a single crash.

See how EA introduced the world to the remastered Burnout Paradise!