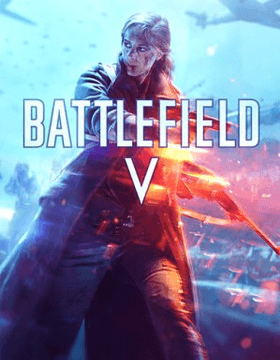 Find the best deals on Battlefield V for Xbox One, PC (Microsoft Windows), PlayStation 4. We compare 37 deals (starting from £4.99) across every edition offered by our partner retailers.

After the enormous success of Battlefield I, which took place during WWI, EA DICE return Battlefield to its roots and WWII. Boasting a single player campaign and immersive multiplayer, Battlefield V promises to be one of this year’s biggest shooters.

The single player is set across a range of different characters and moments during the war, promising an eclectic mix of siege defensives, all-out assaults, as well as missions where you’ll have to go it alone. While DICE have promised that the action will be breathless, as they aim to cram in as many epic moments as possible, there will also be an added emphasis on realism, with ammo needing to be conserved.

The game will also utilise a party-based campaign system, allowing you to play to your strengths and outfit your company – including their appearances – as you see fit.

The multiplayer will see a range of classic modes included, as well as a new Royale mode, which introduces a battle royale aspect made famous by the likes of PlayerUnknown’s Battlegrounds.

Battlefield V marks the first time Dice’s series has returned to the World War II setting since 2009’s Battlefield 1943, having been developed using the Frostbite Engine to immerse players in some of history’s most iconic battles like never before. The single-player campaign takes place across continents between 1939 and 1945, demonstrating the allies’ virtuous efforts in what’s known as “War Stories”. These playable episodic slices each shed a light on a side the Second World War in ways most won’t be familiar with, being the perfect way to experience a huge sense of scale in small, digestible pockets of first-person action.

Battlefield V’s destructible environments and squad-based skirmishes return in via the game’s multiplayer, but Summer 2019 is set to see the franchise enjoy a new spin thanks to the addition of a Battle Royale mode known as Firestorm. The multiplayer mode will see 18 squads of up to four descend to the map, tasked with trading bullets while a ring of fire slowly shrinks around the battlefield. Only by working together do players stand chance at being the last squad standing, holding out and securing objectives in order to win better gear.