It’s been roughly 5 months since the Xbox Series X launched worldwide, and up until now trying to purchase one has been a huge pain in the butt. Stock has continued to flow in and out at various online storefronts in dribs and drabs, sure, but anyone serious about getting their hands on Microsoft’s 4K-ready next-gen console has had to stay extremely vigilant (often with tens of internet tabs open) to stand any chance of succeeding. Looking at available Xbox Series X stock from the past few days, however, that could be about to change.

On Saturday 20th, 2021 UK retailer GAME announced via Twitter that it would be “going live 11am Monday with a limited quantity of Xbox Series X on the Xbox All Access scheme and with selected bundles”. As is usually the case, this led most hopeful purchasers to believe that the number of Xbox Series X consoles would sell out in a matter of mere minutes. Except that didn’t happen.

After listing the various bundles live a full hour before stated, GAME indeed fulfilled its promise of making the Xbox Series X readily available to buy. Stock lasted for an impressive length of time compared to previous instances, remaining live for 10 minutes, then 30 minutes, and then an hour. What is happening? Either GAME had way more Xbox Series X stock than the “limited quantity” it had previously advertised, or something else was happening. Xbox Series X supply had finally met the required demand – at least in the United Kingdom.

Admittedly the demand for the Xbox Series X has always been significantly less than the PlayStation 5. I don’t care what side of the so-called “console wars” you sit on, purely going by all available data metrics and independent polls, the PS5 is still the most sought after next-gen console out of the three currently on the market. This is making Sony’s next-gen console much harder to snag when it does come back in stock, however, whereas now it seems that the Xbox Series X is starting to stick around for much longer. 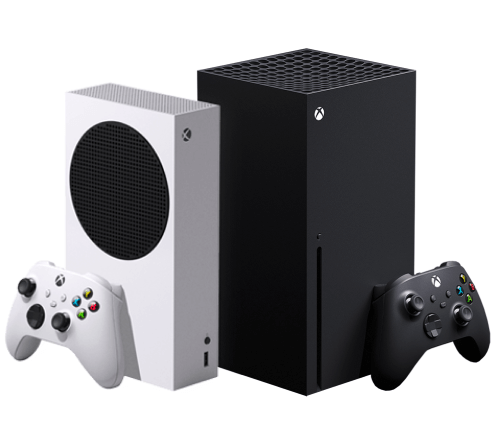 We at Console Deals know a thing or two about consoles, and as such we tracked the length of time that the Xbox Series X stayed up for purchase on GAME’s site yesterday (Monday 22nd, 2021). From the time stock went live at 11am as promised, you could still buy some of the bundles on site at 10pm that evening. That’s an unprecedented amount of time – for any next-gen console stock influx. Most of the time this has been pretty difficult track due to some site’s incorrectly listing products as available, only to fail whenever you try to add to basket. With GAME’s most recent Xbox Series X stock drop, though, the solus option may have sold out but slightly higher priced bundles stuck around.

Only when another major UK games retailer goes live with another large batch of Xbox Series X stock will we know for sure that supply has, in fact, met demand. It’s a shame it’s taken five long months to reach such a point, but hopefully the tide is turning, leading the way for PlayStation 5 to swiftly follow suit. Whatever the case, Xbox Series S stock stabilised a while ago now, so there’s at least one next-gen console up for grabs.