Microsoft only announced eight new bundles last week, so it's about time they shared news of some more! Today, we got four separate newsworthy announcements regarding hardware.

Firstly, and probably most significantly, Microsoft announced that we'll soon be seeing a white Xbox One X. Hot on the heels of last week's announcement of the Gold Rush One X special edition, the first time the console has been available outside of the standard black colourway, the robot white (Microsoft's standard name for white consoles and accessories) console looks superb. It will launch alongside the already-announced black One X bundle for Fallout 76. Currently, there's no word on whether it'll be available without a game bundled in the future. However, as the white console appears to have little relation to the game, it's safe to assume that it will also be available on its own at some point. Bethesda, developers of Fallout 76, are likely delighted that they'll be getting their game into the hands of everyone who wants the One X in white for the time being.

Secondly, we're getting a white version of the Elite controller. This is Microsoft's 'Project Washburn', a much hyped project they were allegedly planning on announcing last week at Gamescom. There was speculation that it would be a peripheral designed specifically for the launch of Forza Horizon 4, likely a steering wheel. Instead, it's the first time the Elite controller has been available outside of the standard black. It's also important to not that this isn't the Elite controller version 2 that has been rumoured for some time; there's still no Bluetooth or USB-C connection. 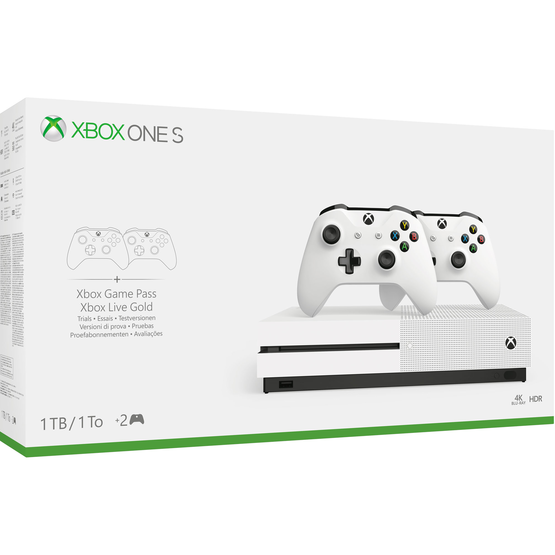 Thirdly, Microsoft have followed Sony's lead and announced a new white One S 1TB bundle that will come packaged with two (regular non-Elite) controllers as standard. Sony began experimenting with multiple controller bundles last year, and have announced a spate of new ones recently, suggesting that the tactic has proved worthwhile. It's only natural that Microsoft would follow suit, particularly given the stellar reputation the Xbox One controller has.

Finally, Xbox announced an auction for a one-off Shadow of the Tomb Raider custom console. We don't normally cover things like that, but the console design is a bit special: 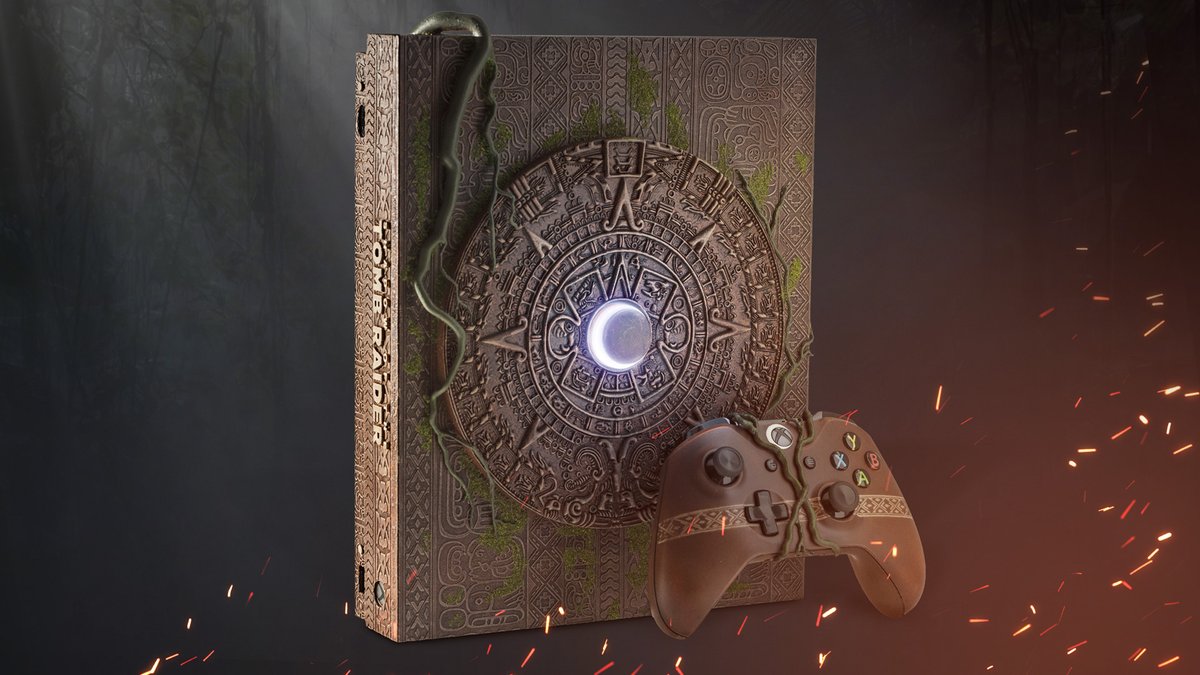