In the days since we originally reported on the Cyberpunk 2077 Xbox One X's leak, the limited-edition console has been officially announced alongside a bunch of new features and details. For starters, and arguably the most important detail is the release date, which was confirmed to be sometime in June, 2020. That puts the release of the console roughly three months ahead of Cyberpunk 2077's launch date. It might seem a little strange to release a tie-in console months ahead of the game its promoting, but with the Series X lurking around the corner we can't say we're surprised.

Other information mentioned how the special-edition Xbox One X will make use of LED lighting to further give off a futuristic vibe, coupled with its ability to glow in the dark - the first for any tie-in Xbox One console. It was also confirmed how only 45,000 units will be produced worldwide, with analysts all but confirming how the console will likely be the last special edition for Microsoft's current console. To see how the final product will appear for yourself, you can look over the official trailer below:

We already knew that Microsoft had nabbed the marketing rights for CDProjektRed’s futuristic follow up to The Witcher 3: Wild Hunt. What we weren’t sure about, however, was whether or not the platform-holder would be celebrating the occasion by rolling out the full promotional red carpet. Well now a still unannounced Cyberpunk 2077 themed Xbox One X has leaked. Conclusion? It certainly looks like they are!

The image leak comes courtesy of a brief hiccup that occurred over on the official Xbox website, which was enough time to give a small subset of fans the chance to screenshot this crazy-looking console. Most definitely styled after Cyberpunk 2077’s emphasis on futurism, cyber enhancement and character upgrades, this special edition X sports a noticeably battered look comprised of faux machinery patchwork and mismatched colour tones. 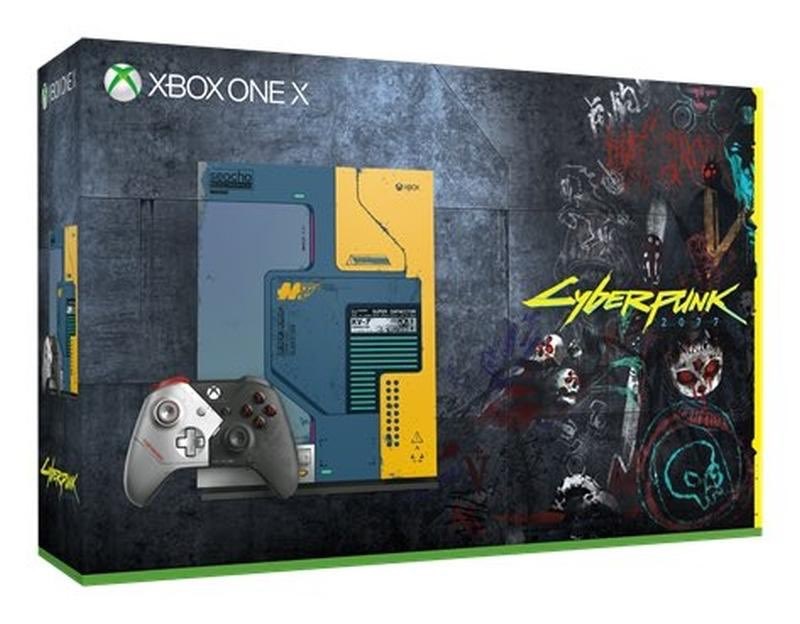 The console naturally comes bundled with a corresponding Cyber-themed wireless Xbox One X controller, which appears to be the same one briefly glimpsed yesterday via Amazon Canada. At this point the existence of this tie-in console is the worst kept secret on all of gaming history. But hopefully Microsoft won’t feel too let down seeing as the initial plan was to reveal it in just four days’ time.

There are currently no details as to whether or not this One X will come with 1TB or 2TB of onboard storage, nor where the X will be available for pre-order. As soon as we hear more about either of these details, though, we’ll be sure to update this post.