Another week, another store-wide sale to be found over on the PlayStation Network. This time it’s all in honour of the month we’re currently in, as the ‘Mega March Sale’ launches today to let PlayStation players save up to 60% on a range of popular titles. Franchises included in the sale range from Assassin’s Creed, Need for Speed and Watch Dogs. Odd are if there’s a particular PS4 game you’ve recently had your eye on, the ‘Mega March Sale’ could see you save money on it. 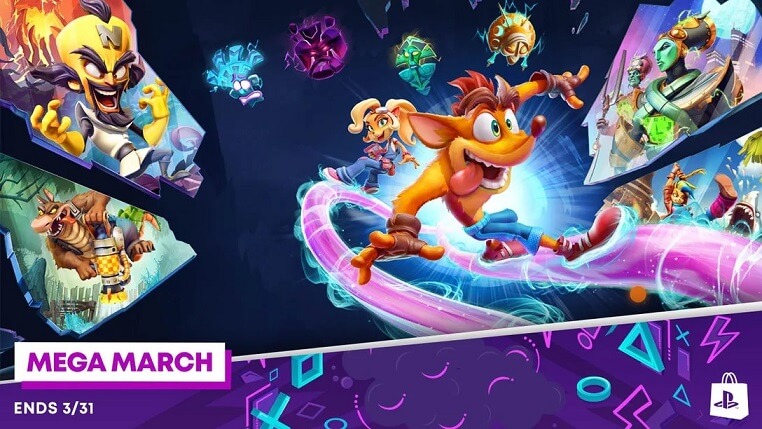 One of the most prominent discounts includes Crash Bandicoot 4: It’s About Time. That’s because it recently received a FREE PS5 update for those that own the PS4 version, adding in Dualsense functionality, an improved framerate and true 4K visuals. To save you crawling through the various PSN store tabs, we’ve gathered our top game picks from the ‘Mega March Sale’. It runs from now until next Wednesday, so be sure to take a look soon.

Get the best price on PlayStation digital currency:

Want to save even more money on any of the PS4 games listed above? Sure, you could go directly to the PSN store, but why not get the best deal on PlayStation digital currency cards to stack up the savings. Below we’ve listed a collection of all the different increments at the best price, making it easy for you to top up your digital wallet with additional funds: