I’m sure we’re not the only ones who feel like this year has seen the Triple-A games trickle out at a slow pace. The ramifications of the COVID-19 pandemic are still fully being felt by our industry, with a blockbuster title being delayed seemingly every week at this point. But is PlayStation’s robo-slaying sequel the next domino to fall? Potentially, if a particular games journalist with a reputation for accurate predictions is to be believed.

It’s worth noting that Horizon Forbidden West has never been officially dated. Set for a cross-generational release on both PS4 and PS5 consoles, many – including Sony itself – had hinted that Alloy’s next adventure was on track to release before the end of 2021. However, GamesBeat reporter Jeff Grubb has thrown a spanner in the works, claim that a source had told him Sony was “leaning towards” delaying Horizon Forbidden West into 2022. 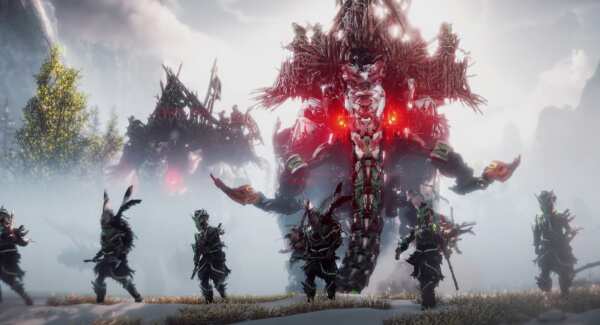 This comment was made on Jeff Grubb’s Giant Bomb show podcast yesterday, dashing the hopes of PlayStation owners everywhere. Triple-A exclusives have been released at a slow drip throughout the first half of this year, with only Ratchet & Clank: Rift Apart and Returnal equipped to showcase the improved power of PS5. Horizon Forbidden West’s potential delay would be yet another blow. It comes only a month after PlayStation Studios boss Hermen Hulst already confirmed that Sony Santa Monica’s God of War sequel was pushed into next year.

“For Horizon, we think we are on track to release this holiday season,” Hulst said in a recent PlayStation Blog Q&A. “But that isn’t quite certain yet, and we’re working as hard as we can to confirm that to you as soon as we can.”

Up until now this led players to believe there was a chance that Horizon Forbidden West could have arrived in time for Christmas. Grubb’s recent comments, however, suggest otherwise. So what else big is in store for PlayStation this year? Deathloop launches exclusively on PS5 this September, alongside Kena: Bridge of Spirits. Here’s hoping Sony has something else up its sleeve to tide players over throughout the holidays.