Update: Sony have confirmed both a silver and gold model for the UK.

You can see deals for the silver model here.

The first retailer we've seen listing the consoles is Smyths, with a price of £279.99 for the silver console, apparently with two controllers included rather than the usual one. Keep your eyes on our PS4 deals page for the most up to date stock finder for the new colours and also to get the lowest price. 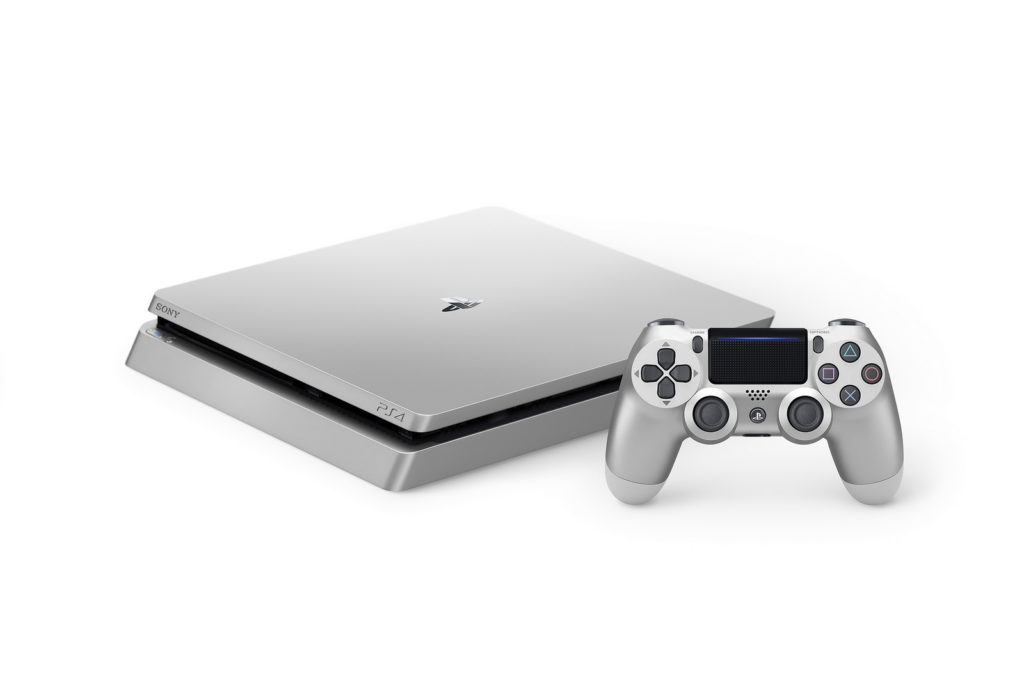 With E3 just around the corner, the gaming world is waiting with baited breath to see what’s next for the industry. Will Nintendo unveil a bevvy of new games and apps for the Switch? How powerful will the Scorpio be? What songs will be on the next edition of Just Dance? People will be tuning in in their hundreds of thousands to find out the answers.

One of the big issues surrounding E3 is not something that’s likely to be a prime announcement, but a result of one: what effect will Scorpio pricing have on PS4 prices? As we’ve mentioned in our blog post covering the developments surrounding Microsoft’s flagship Project Scorpio console, one of the key points of contention that will be cleared up is the price.

Will Microsoft go for a price point that’s competitive with Sony’s PS4 Pro, or will they blow them out of the water with a price designed to reflect their system’s superior power? If it is to be the former route, a new leak around the PS4 suggests that Sony may just be about to make it a bit harder for Microsoft to compete.

Reddit user MeinFewer yesterday posted an image of an as-of-yet unannounced gold edition of the PS4 Slim, claiming that the console would be launched prior to E3 on June 9th. The new colour is, of course, noteworthy in itself. Currently, the only core colours available for the PS4 are black and white. While plenty of special edition consoles with unusual colours and patterns have come and gone, judging by the box, the gold console may well be joining the black and white options as a core style.

Another user, Christopher_Maxim, then posted an image of the console apparently accidentally on shelves in the US. Like the first leak, this console is a 1TB version, and it seems to add veracity to MainFewer’s claim that the new colour’s launch was imminent.

However, what was really interesting to us here at Console Deals was the price poin tof $249.99 listed in the second image. This is particularly important given the Slim model of the popular console only launched in the US in April, with an RRP of $299.99:

A $50 reduction in the RRP for the system could well trigger similar movements for the 500GB edition of the Slim and the top of the range Pro console.

There’s no way to be sure if Sony know something we don’t about the Scorpio’s price and are acting accordingly, but one’s thing for sure. If you’re in the market for a PS4, be it a Slim or a Pro, don’t expect to be short of incredible deals this year, particularly when we enter the festive period.