The Metroidvania landscape has grown so vast in the years since the original Ori game launched, you’d think our appetite for another one would have been appropriately satiated. Not so, as this sequel five years in the making quickly proves, with developer Moon Studios ready to wow players all over again with a smart mix of emotional storytelling, tight platforming and sense of discovery. You can rest easy knowing that Ori and the Will of the Wisps has absolutely been worth the wait, yet again setting players on a fantastical adventure filled with just as much charm and whimsy as its title would suggest. This 2D adventure might not entirely re-write the rulebook but it never needed to, instead offering up just enough new features to make revisiting this luminous world worth the while.

As before, this Xbox One exclusive starts off rather simple, catching you up with what Ori and his family of forest creatures has been up to since the events of the first game. Don’t worry if you didn’t play Ori and the Blind Forest, though, because for as much extra value that anyone who’s played it will glean, Will of the Wisps is a sequel that still works remarkably well as a standalone adventure. The short prologue establishes the stakes, sets up the friendship between Ori and his new owlet companion nicely, until before you know it you’re back into the “get this to unlock that” swing of things.

As you’d probably expect, the narrative thrust of this charming 2D tale centres on the eponymous will of the wisps. Following a certain cataclysmic event that we won’t get to much into here, Ori soon finds himself on the hunt for those pesky wisps, solving all manner of platforming puzzles and challenging item hunts in order to get closer to them. Ori and the Will of the Wisps doesn’t stray too far away from the traditional Metroidvania gameplay loop, but what helps differentiate it is just how slick the whole experience feels to actually play.

Moving Ori around always feels silky smooth, whether it’s in the way he scampers up over ledges after a jump or how he flings himself from pole to pole during the heat of a chase. Never during my time playing Ori and the Will of the Wisps did I feel like I died as a result of the controls, which is essential in a game such as this where response time can make all the difference between getting to your goal or instant death. The bulk of your time, however, is spent simply exploring, moving through this beautiful world in search of that next special skill or item that will help you progress further.

One of the major differences between Will of the Wisps and Blind Forest is how quickly you acquire some of the most useful traversal abilities. Whereas that first game saw you play through quite a big chunk before you could pull off simple manoeuvre like ledge-gripping or double jump, here in Will of the Wisps you gain both of those and more before the first act has even finished. Because of this, there’s always the sense that you’re controlling this boundless being of infinite energy. The game is paced well in that you’re never waiting long until the next useful movement skill is dished out, encouraging you to – as all good Metroidvanias should – go back to previous areas to see all that you missed the first time around. 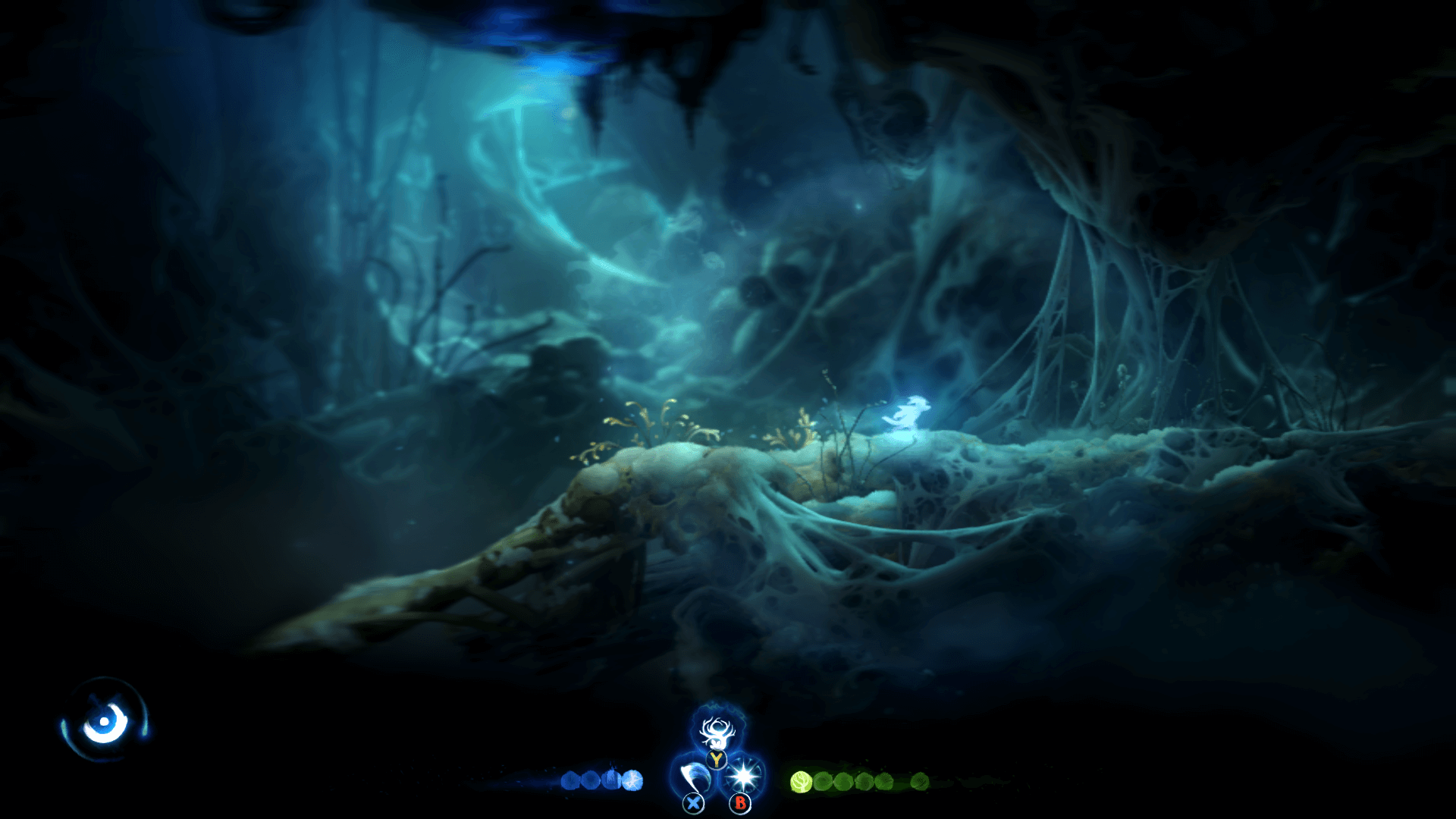 Some other ways in which this sequel deviates from its predecessor relates to combat and saving. You see, before Ori had to adhere to what was called the “Soul Link” system if he wanted to save progress, spending vital energy points to lay down a checkpoint that you could return to following death. Here, however, Moon Studios has been a lot more forgiving, opting for a traditional autosave system that retains your progress when you transition from specific areas. The result is a much fairer experience overall, with Will of the Wisps never outright punishing you but still presenting a good challenge purely from platforming puzzles and enemy encounters.

Speaking of which, and Ori has plenty of new combat tricks up his sleeve thanks to the addition of weapons. It’s here where Will of the Wisps takes a page directly out of Hollow Knight’s rulebook (another Metroidvania), allowing Ori to be equipped with your choice of weapon or combat ability depending on how you want to play. The default weapon you acquire early on is called the Spirit Edge and sees you slash at enemies up close without worrying about depleting your energy. Other items, though, will sap up this precious resource, but grants you with such potential powers as throwing ninja stars or a an arc light bow.

These purchasable weapons then combine with Will of the Wisps’ new “Spirit Shard” system, serving as upgrades that can be slotted into Ori to make him much more battle-hardened. You’ll start off with just three slots to begin with, but before long this number will grow to render the game a far more flexible Metroidvania than the first. Initial spirit shards start off simple, like Barrier which allows Ori to take 20% less damage and Spirit Magnet that sees energy and health orbs float in from farther away. Our favourite was Regenerate, which lets Ori convert energy into health during times of need. Never leave home without it. 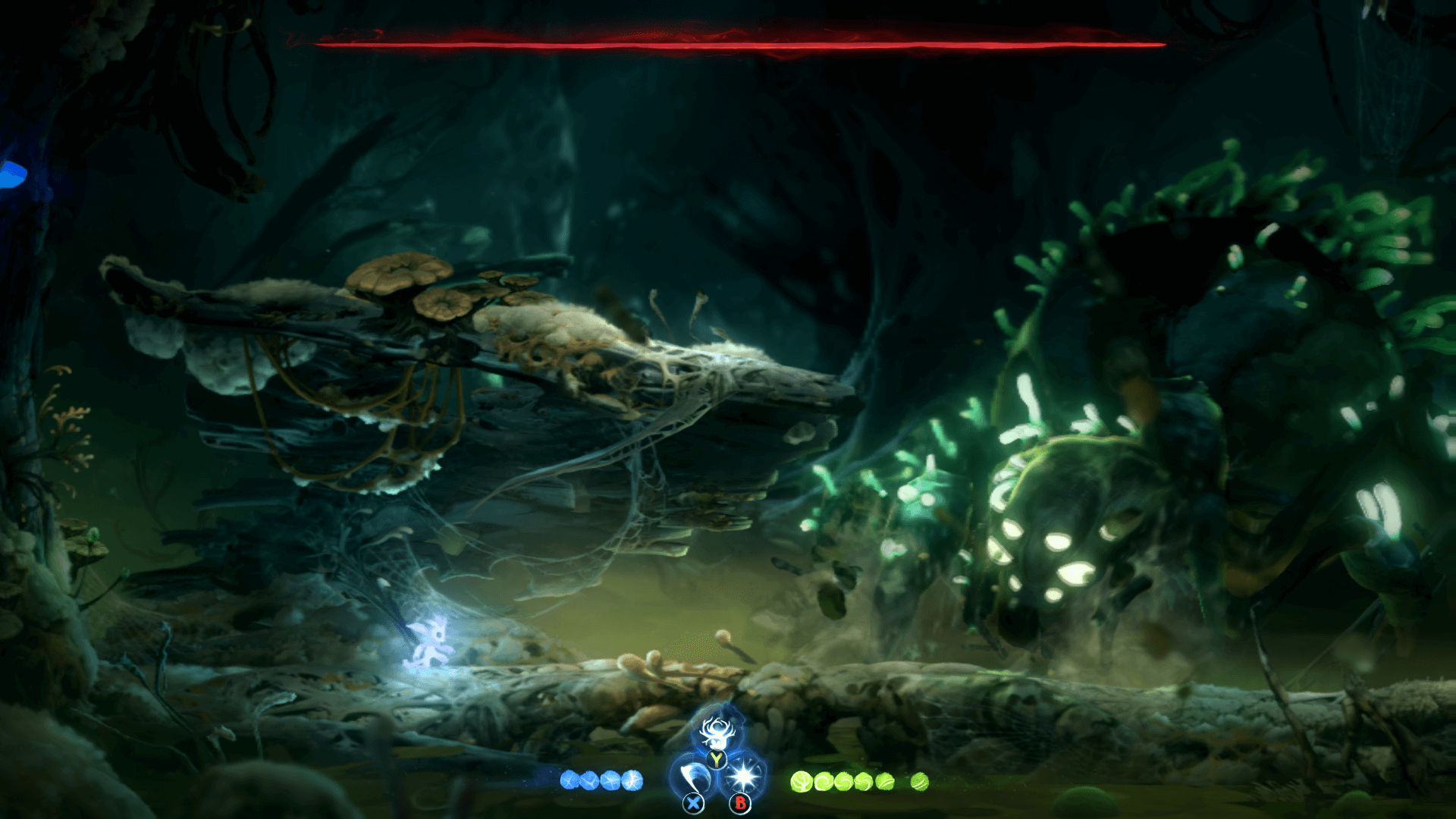 Despite these various new mechanics and gizmos, Ori and the Will of the Wisps never loses sight of what made the 2015 original a bona fide modern classic. This painterly world of light and wonder is still always amazing to look at, and areas now feel more distinct than ever thanks to some subtle changes in colour palette and additional depth included by way of things moving in the background and foreground. Not once did we struggle to feel like this world was alive, helped even more so by the many colourful characters you meet along the way. All this you take in while exploring what’s around the next corner, evolving your combat and traversal skillset in a way that feels wildly liberating.

It’s a shame, then, that when playing on a standard Xbox One S our immersion was occasionally broken by the odd framerate dip or outright freeze. This only usually happened whenever we were dipping back and forth into the map, but Ori and the Will of the Wisps would always recover after an odd few seconds. Still, during some fights and puzzle-solving sequences (of which there are many) we found our experience was hampered somewhat by the continuous freezing. Hopefully this isn’t an issue on PC or a souped-up Xbox One X and anyway, Microsoft has assured us that most of these hiccups will be ironed out via a day one patch.

Still, even with some slight technical drawbacks, Ori and the Will of the Wisps is nothing less than an astonishing entry into the Metroidvania genre, smartly refining the systems that worked in Blind Forest while introducing some much-appreciated tweaks in other areas. The result is one of the most charming and delightful 2D adventures we have played in recent years. Just prepare to be challenged and simultaneously have your heart strings tugged on. The first Game of the Year contender of 2020 has arrived.

The best price for Ori and the Will of the Wisps