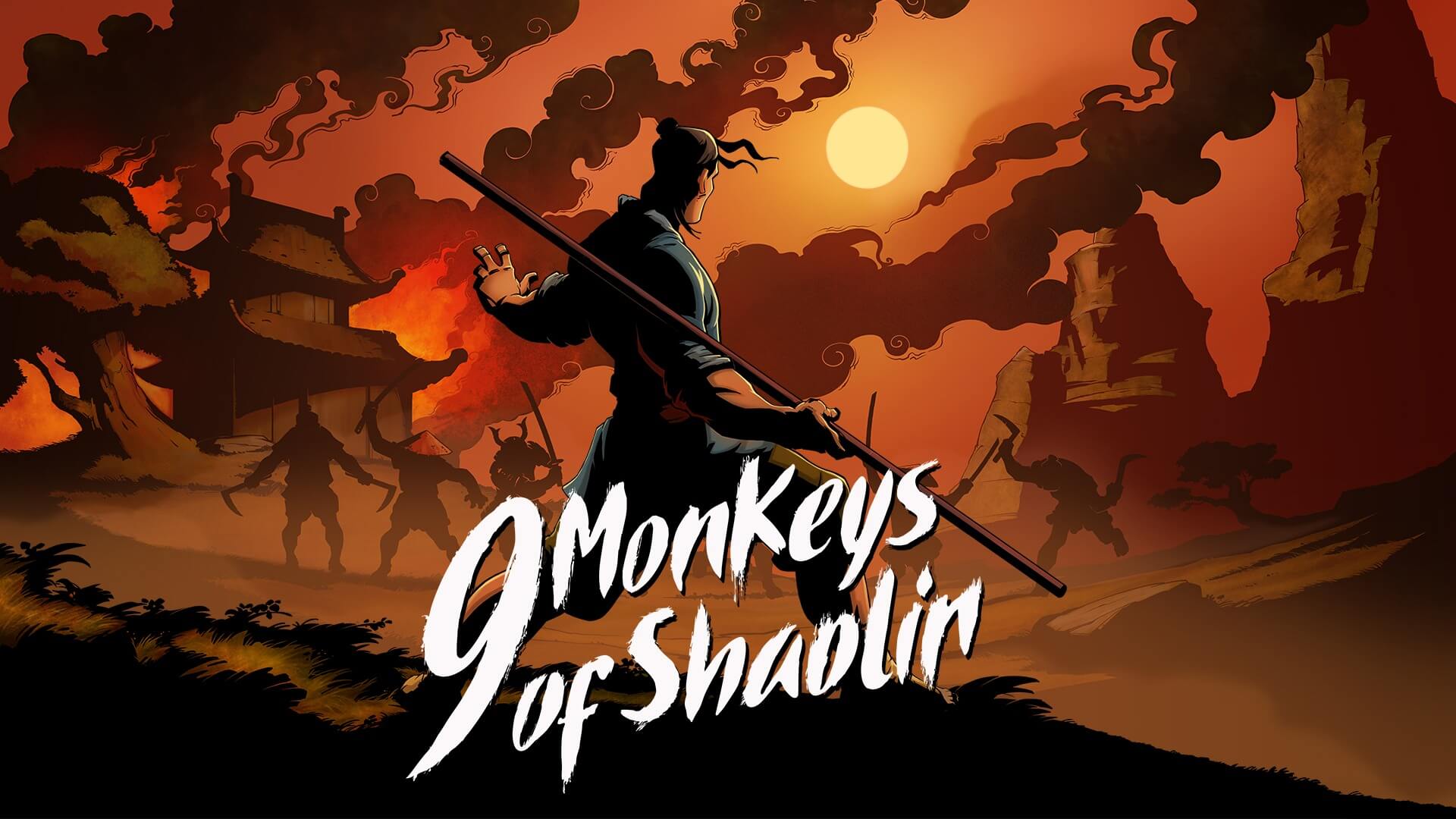 Graphics aren’t everything in a game but a wildly engaging art style goes a long way, with the indie scene constantly impressing through experimental colour palettes and character designs that simply don’t look like anything you’ll likely see from a major Triple-A studio. 9 Monkeys of Shaolin is a new side-scrolling beat-em-up proving this sentiment once again, boasting a beautiful Claymation-esque aesthetic that makes great use of light and shadow, expertly infusing it with Medieval Chinese iconography to serve as a truly unique treat for the eyes. Oh, and if that wasn’t enough, it just so happens that its combat and story is surprisingly deep as well.

9 Monkeys of Shaolin casts you as Wei Chang, a lowly fisherman living a peaceful life until one day his village is raided and grandfather slaughtered by a menacing group of invaders known as the Wokou clan. This sets the stage for a 3-5-hour adventure firmly inspired by 70s Kung Fu cinema, where Chang must team up with the group of titular monks and learn the ways of the Shaolin to gain the revenge he seeks. There really is more going on here in terms of story than what you’d expect from most 2D beat-em-ups, and though painfully cliché at times 9 Monkeys of Shaolin has it all come together due to excellent voice acting and a surprising dedication to the historical period.

Wei Chang himself is not to be trifled with. There are four difficulties to choose from in total, but even on the standard Warrior setting 9 Monkeys of Shaolin delivers a strong challenge. Things start off fairly basic at first, with Chang’s core Kick, Quick Strike and Thrust abilities effective at keeping foes at bay. However, it isn’t long until things can quickly get overwhelming, as heavy, ranged and even ghost type enemies begin appearing.  Quick strike functions much as you’d expect, but the Kick’s nature to see Chang dash across the screen to land a hit came in handy more than once, while his thrust attack is essential for catching any armoured clan members off guard.

Most side-scrolling beat-em-ups would probably think this simple trio of manoeuvres are enough to keep the action interesting, but 9 Monkeys of Shaolin takes things a step further with many other combat options. By the time you reach chapter 2 the ancient Chinese concept of Qi comes in, at first letting you hold down buttons to charge up your attacks. Then eventually you’re granted the power to engage what are called Southern Elements, unleashing devastating melee hits that are useful if you ever get too crowded. Finally, chapter 3 is where the real fun begins as you learn to lay down ground seals, which further allows for some flexibility by dishing out long-term effects in any area they’re set.

All these different combat systems working in tandem is what gives 9 Monkeys of Shaolin a slight edge over games like Streets of Rage 4 and Battle Toads which also released this year. Plus, if you include unlockable weapons and the three-pronged skill tree that allows Chang to “level up” as it were even more, how you wish to approach and fight through the 5 story chapters is extremely customisable and tailorable to your preference. Developer Sobaka Studio has done a nice job at introducing these mechanics to you gradually.

The only real way fighting in 9 Monkeys of Shaolin falters is actually on the tech side. I played the PC version using an Xbox One controller wirelessly, and while gameplay felt smooth for the most part I couldn’t shake the feeling that there was the slightest bit of input lag. Numerous times when getting swarmed by enemies or trying to time a parry would my button press simply not register, which is a death wish in a game such as this where the timing of your different attacks requires a good deal of rhythm. Upgrading certain character traits – like thrust attack speed – in Chang’s skill tree certainly improved this a bit, but it was a constant annoyance.

Much better, however, is the sheer level variety on offer here. While the game’s 25 stages can be completed relatively quickly, each boast a unique tone and look to help keep things interesting. One minute you might be fighting your way through a rain-laden lightning storm trying to not get struck, others you’ll be venturing through a hued village on fire while avoiding being set alight. It’s a simple thing, but by having no two stages look or feel the same, 9 Monkeys of Shaolin manages to keep enemy engagements fresh and allows for further exploration of Medieval Chinese culture.

Again, though, on the technical side there are a few hiccups in this PC version. Presentation is solid for the most part, as mentioned earlier, but there were a couple instances in my playthrough where the camera would crash into a wall or an enemy I had to kill in order to progress would become stuck in the environment. Thankfully, 9 Monkeys of Shaolin is very forgiving with its checkpoint system, at least on Warrior difficulty, so it’s never too crushing to hit restart. Hopefully a patch can be introduced in the future to stamp out some of this.

Overall, 9 Monkeys of Shaolin serves as another great surprise release that highlights Eastern culture, satisfying anyone with a taste for the period after playing Ghost of Tsushima or even Samurai Jack: Battle Through Time earlier this year. Who knows…you might even come away wanting to know more. There may be a couple of bugs holding it back from true greatness, but its engaging art style and thoughtful combat system still makes it one of the best beat-em-ups to release in 2020. Either as a lone warrior or with a friend by your side in co-op, 9 Monkeys of Shaolin packs a good punch.