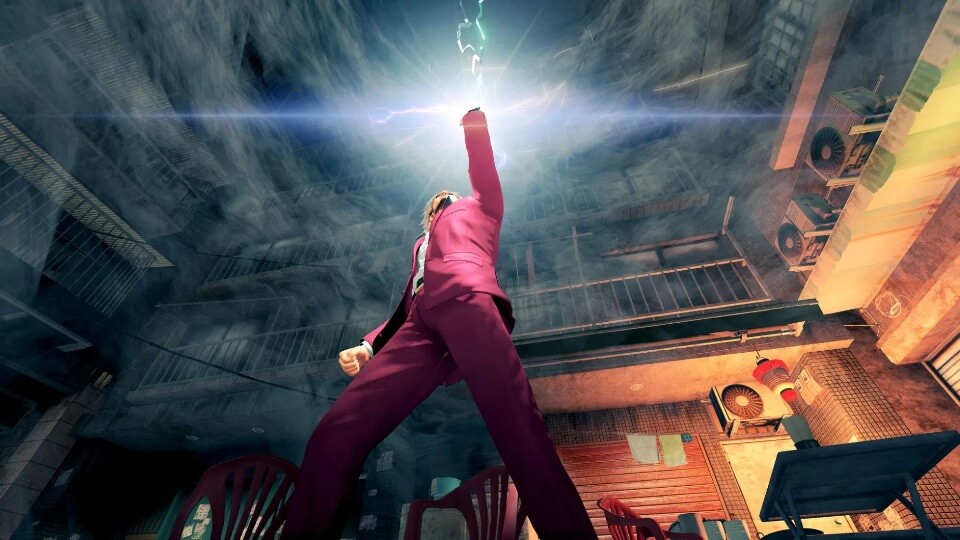 Well, well, well… It’s here. We’ve made it. November 2020 is not only a month stacked with huge video game releases, but it is in fact the month responsible for kicking off the next generation of consoles. And as you might imagine, this means that November is stacked with Triple-A releases to sink your teeth into – regardless on if your picking up a next-gen console or not.

If there’s a big game coming out in November and you’re looking for the lowest possible price in which to purchase it, we’re even going to list all the following titles at their very cheapest. With that said, let’s take a look at every big game releasing on PlayStation, Xbox and Nintendo Switch in November 2020…

10 years after it originally release on PS3 and Xbox 360, a remastered version of Need for Speed: Hot Pursuit speeds its way onto current-gen consoles. This is easily thought to be by one of the arcade racing series’ best ever entries, placing emphasis on high-speed pursuits between street racers and police, while offering up players a gluttony of real-life vehicles to handle on either side. Put pedal to the metal when Need for Speed: Hot Pursuit Remastered arrives on PS4 and Xbox One this November 6th.

The premiere off-road racing franchise returns in 2020 by way of Dirt 5, which allows players across console generations to drive an iconic roster of high-performance vehicles. Featuring a full-fledged career mode, split-screen local multiplayer and even an arena-creator mode known as Playgrounds, Dirt 5 aims to be the full package when it comes to PS4 and Xbox One on November 6th, with next-gen versions arriving later in the month.

After spoiling top-down strategy enthusiasts on PC earlier this year, this tactical spin on Xbox’s acclaimed Gears of War franchise finally comes to consoles on November 10th. It arrives the same day as the Series S|X’s launch but is available on both platforms – and is even FREE to Game Pass subscribers. Set before the events of the original Gears game, Gears Tactics tasks you to think ahead with your decisions to take down a newly emerging locust menace.

Fancy yourself to be an amusement park tycoon? Planet Coaster – Console Edition is your chance to prove it, as you budget, create and manage your way to rollercoaster stardom. Providing players with all the real-life tools needed to make their own original rides or those that actually exist, simulation games rarely get better than this where you must run and facilities the everyday goings on of an amusement park. Look forward to its release on November 10th.

To many modern players, XIII is just that quirky cel-shaded first-person shooter that may or may not have been based on an earlier comic book. Well, if you’re ready to discover what it was all about, XIII remastered arrives on PS4 and Xbox One this November 10th to bring its cartoonish action to a 21st century audience. Boasting the same unique art style that went on to inspire the likes of Borderlands, you’ll blast your way through a government conspiracy amongst all-new graphics.

The Falconeer serves as a more painterly take on the air combat genre, letting players control their very own warbird as they traverse the sky while engaging in dogfights. There are various Falconeer classes to dive into and master, all as you explore a wholly unique fantasy open world where civilisation is facing its final years. It releases exclusively on Xbox One and Xbox Series S|X on November 10th.

Technically the seventh mainline entry in the longstanding JRPG series, Yakuza: Like a Dragon is a great jumping on point for newcomers as it features a new protagonist and various gameplay changes. Combat and characters are still massively over the top, but rather than take place in real-time as before, taking on enemies now involves taking turns a la Pokémon or Fire Emblem. Yakuza: like a Dragon is a console exclusive on Xbox until early next year, arriving on November 10th.

Valhalla continues the winning streak that Ubisoft’s Assassin’s Creed series has been on since the soft reboot experience with 2017’s Assassin’s Creed Origins, this time transporting players to 873 AD to pillage their way through England as a Viking. Players are encouraged to build up their own settlement, take down enemy encampments and transform themselves into a more formidable Eivor as they traverse the English lands. It arrives on next-gen and current-gen consoles this November 10th.

Hot on the heels of 2018’s critically acclaimed Marvel’s Spider-Man, Insomniac Games returns with another bite-sized superhero adventure in the form of Marvel’s Spider-Man: Miles Morales. This time placing Miles front and centre, this standalone spin-off takes place roughly a year after the first game to let players explore a totally new New York district and get to grips with fresh powers. November 12th is an exciting time to be a PS5 or PS4 player.

Demon’s Souls single-handedly spawned the genre of tough-as-nails Action RPGs way back in 2009, but odds are that modern fans likely missed out on this cult classic original. That’s why Sony and Bluepoint Games saw fit to remake the game entirely from the ground up, setting playing off on a dark and twisted descent now benefitting from fresh visuals and all-new assets. Demon’s Souls arrives a week before the PS5’s UK launch on November 12th.

Leaving the LittleBigPlanet brand name behind, Sackboy: A Big Adventure is a traditional 3D platformer where you don’t have to play, create and share because Sumo Digital has done it all for you. No longer confined to just the 2D plane, this is a full 3D experience where you must guide and navigate sackboy around a glut of colourful levels. It’s a PS5 launch title so experience it on November 12th.

Bands and singers may come and go, but one certainty in life is that players can always look forward to a new Just Dance title year after year. This 2020 edition features 40 new tracks included right from the off, along with one free month of Just Dance Unlimited to provide you with instant access to over 550 songs from previous entries. Be ready to break down and boogie when Just Dance 2021 releases in 2021.

Call of Duty returns to the cold war era and serves as a direct sequel to the original Black Ops, providing a blockbuster campaign, in-depth multiplayer portion and thrilling wave-based zombie mode. Call of Duty: Black Ops Cold War utilises the latest tech to render all three areas better than ever before, running at 60fps on current-gen consoles and double that on PlayStation 5 and Xbox Series S|X. Get ready to lock and load when Call of Duty: Black Ops Cold War fires its way onto consoles this November 13th.

Players everywhere were surprised to learn that it wasn’t in fact the end of the road for Mortal Kombat 11. It’s new, Ultimate update introduces three more playable fighters in Rain, Mileena and Sly Stallone’s Rambo. Then, as if that wasn’t enough, it also rolls in all previously released content including Kontent Packs 1 + 2 and the sizeable Aftermath campaign. Be ready to test your might on November 17th.

Proudly announcing itself as the first PS5 game and the first self-proclaimed looter-slasher, Godfall is a three-player online action game where you can hunt for the best loot alongside friends. Undertaking missions with others will see you acquire new gear used to improve and upgrade your character class, making you a stronger fighter as you come up against legions of nightmarish enemies. Godfall arrives on November 19th, which is PS5’s UK launch date.

One of the most highly anticipated RPGs of recent years, Cyberpunk 2077 sets players off in the sprawling metropolis of Night City with lots to see and do. Based on the popular board game of the same name, you’ll be able to customise yourself to a near infinite degree, hacking and shooting your way up through the slums in the effort of smashing the dystopian hierarchy. Live out your ultimate cyberpunk fantasy when it releases on November 19th.

While the true sequel to 2017’s The Legend of Zelda: Breath of the Wild might still be some years away, Nintendo is hoping to quell some of this natural hunger by releasing a prequel spin-off in the style of Dynasty Warriors. The aptly titled Hyrule Warriors: Age of Calamity lets players fight through the events that led to the eponymous kingdom’s collapse taking advantage of unique powers and skills as they wade through hundreds of moblins and bokoblins. Releasing November 20th, it serves as Nintendo’s big Holiday 2020 game.