Right now it seems like you can’t move for either general opinions and hot takes on the recently announced PS5 DualSense controller’s new look. Overall, its reception has been mostly positive, with gamers all over the internet pleased to see Sony yet again evolve their gamepad design past the era of the Dualshock after such a long period. What most of us weren’t expecting, however, was for the official PS5 controller to be white – and this factor alone has been enough to inspire some talented artists to envision their own fan interpretations of possible future DualSense colour schemes.

As you might imagine, many of these concepts take direct inspiration from existing PlayStation first-party games, with there being an option seemingly created for everyone. Others, meanwhile, do their best to reformat old colour palette onto this noticeably more stripped-back design. With so many already pouring out, we thought it’d be fun to run through some of our favourites:

Open-world superhero games arguably reached their peak in 2018 when Insomniac released the marvellous Marvel’s Spider-Man on PS4. The act of swinging past New York skyscrapers and webbing up villains had never felt more liberating, thus it being only a matter of time before the PS5 DualSense controller received the web-head treatment. The DualSense design below comes courtesy of @DormStreams, who we think has done a pretty amazing (or should that be spectacular?) job: 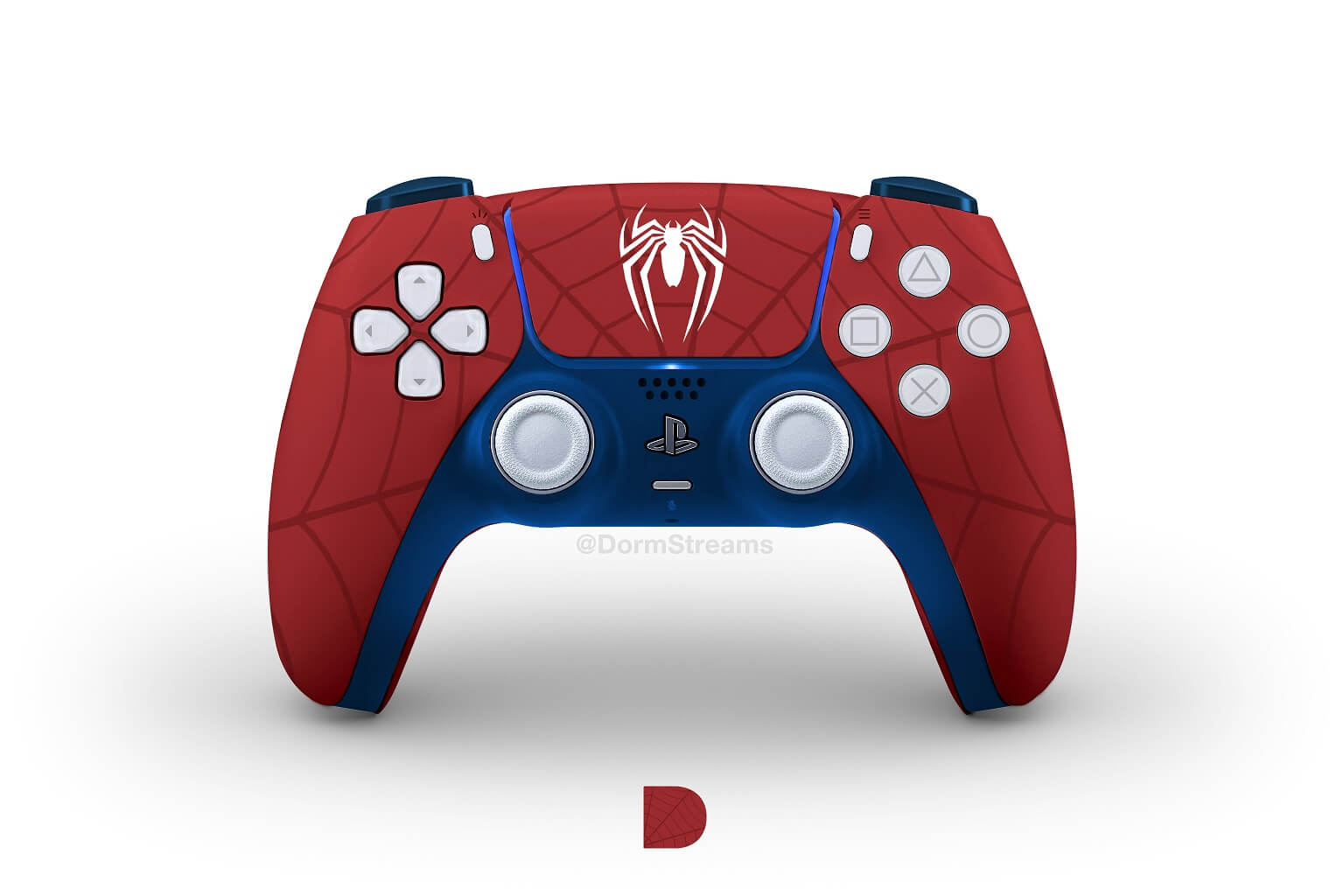 One of the most exciting console variants to come out of the PS4 generation was the extremely limited 20th anniversary edition. This grey masterpiece affectionately threw back to Sony’s original home console, which also came with a similarly styled DualShock 4 controller that could eventually be purchased separately. Well, as @Elca_Gaming on Twitter confidently puts, the same will happen with the DualSense, right? If so, they created an idea of how it would look:

One of the most popular comparisons made since the DualSense was revealed is just how much its shape and general layout evokes the Xbox 360 controller. We admit that this is a bit of stretch, but seemingly the fact that the bulk of the new controller is white is enough for some people to pit the two gamepads head to head. Still, this mock-up by @thefleshmonk is all we need to be convinced that an Xbox 360 style DualSense colour palette would be a real treat:

For some players out there, it’s the classic look that will always be the best. As such Twitter user @Mucrush quickly put together a mock-up to let us see what the DualSense would look like if PlayStation stuck with the traditional Jet Black colour palette. Again, we can’t imagine that we won’t eventually see something like this on shelves in the future, but until that time, it’s nice to have a clearer picture. The touchpad’s side light bars in particular really look ominous in this scheme:

Circling back to the genius design stylings of @DormStreams, he also gave us a look at what a DualSense inspired by God of War’s PS4 reboot might look like – complete with Kratos symbol and Nordic symbols sprawled all over the gamepad. The deeper red really compliments the clean white tone, making this a subtle but no doubt still effective dream design based on one of PlayStation’s best exclusives. We’d love to see this one day: 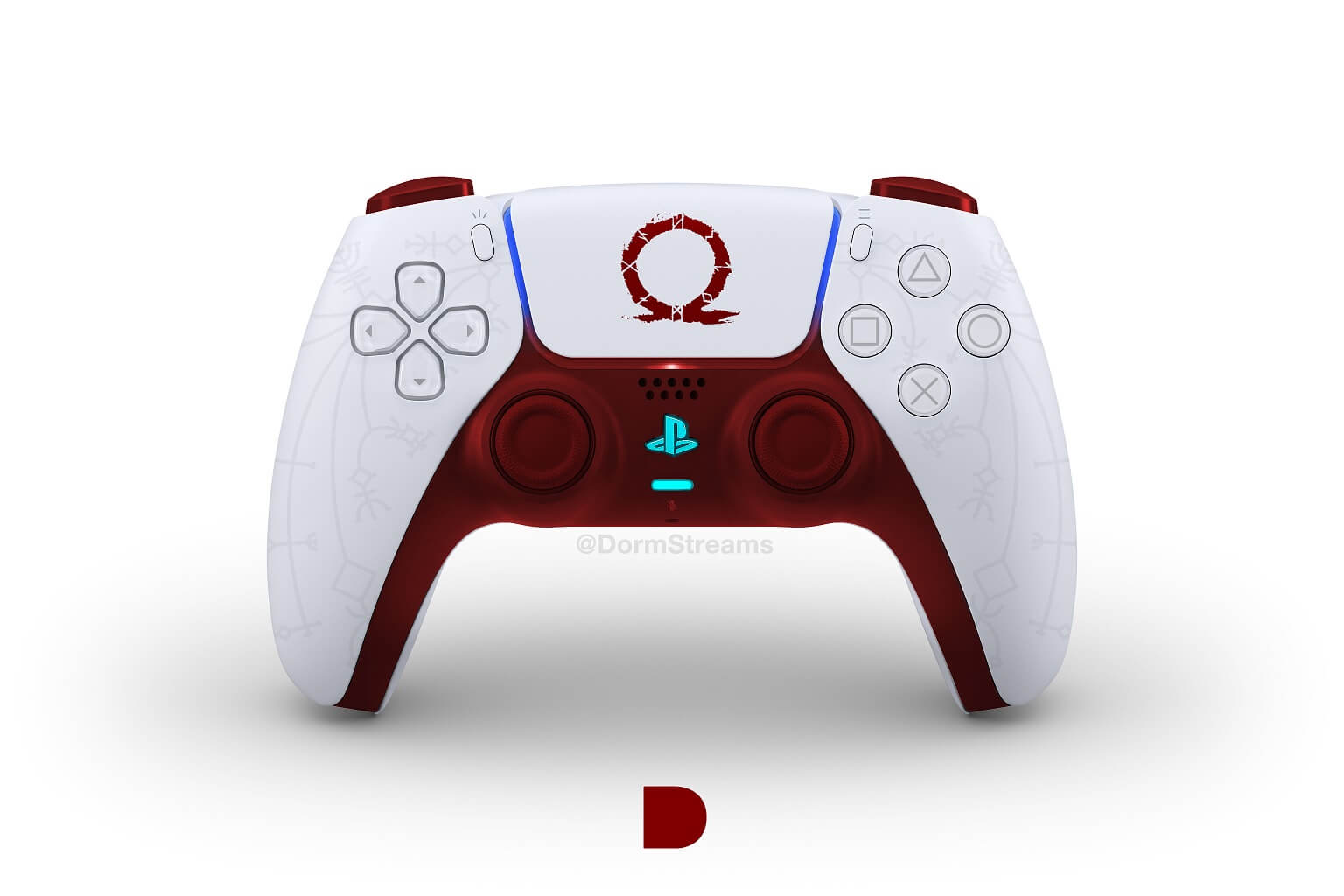