For most people, video games are something to be savoured, salivated over and enjoyed for an extended period of time. After all, if picking up a new release day one requires you to cough up a not insignificant £40, it makes sense for you not to rush whatever the interactive experience that lies ahead has in store for you. Completely at the opposite end of this spectrum, however, are speedrunners.

Speedrunning refers to playthroughs of a particular game wherein the person playing it is trying to reach the end at the quickest pace possible. Usually this is an attempt to set a new world record, and over the years there have been a few games that have become popular favourites. With that said we at Console Deals thought it’d be fun to highlight 10 iconic games that have been ruined by speedrunning – those special few that you thought were perfect, but actually have enough glitches and bugs that make finishing it in record time quite the breeze. 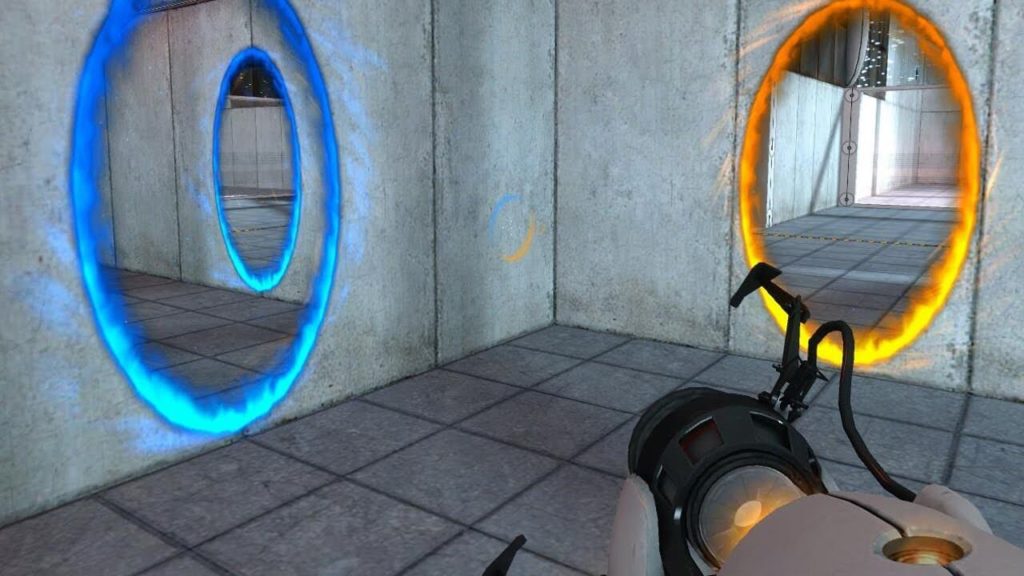 Valve’s now-iconic first-person puzzler has stayed a cult favourite game since its 2007 release, with most people loving its mix of dry humour, complex riddles and straightforward setup. Portal works by arming you with the eponymous portal gun, having you shoot blue and orange warp holes that forms the basis of some incredibly inventive platforming puzzles.

A typical playthrough should take players anywhere between 3 or 4 hours, but the quickest finish time ever recorded actually comes in at just 7m 06s 480ms. It was done in this time by an American player known simply as “CantEven”, who memorised each of Portal’s test chambers meticulously and combined it with pinpoint accuracy to blitz through the game at a blazing pace.

2. The Legend of Zelda: Ocarina of Time 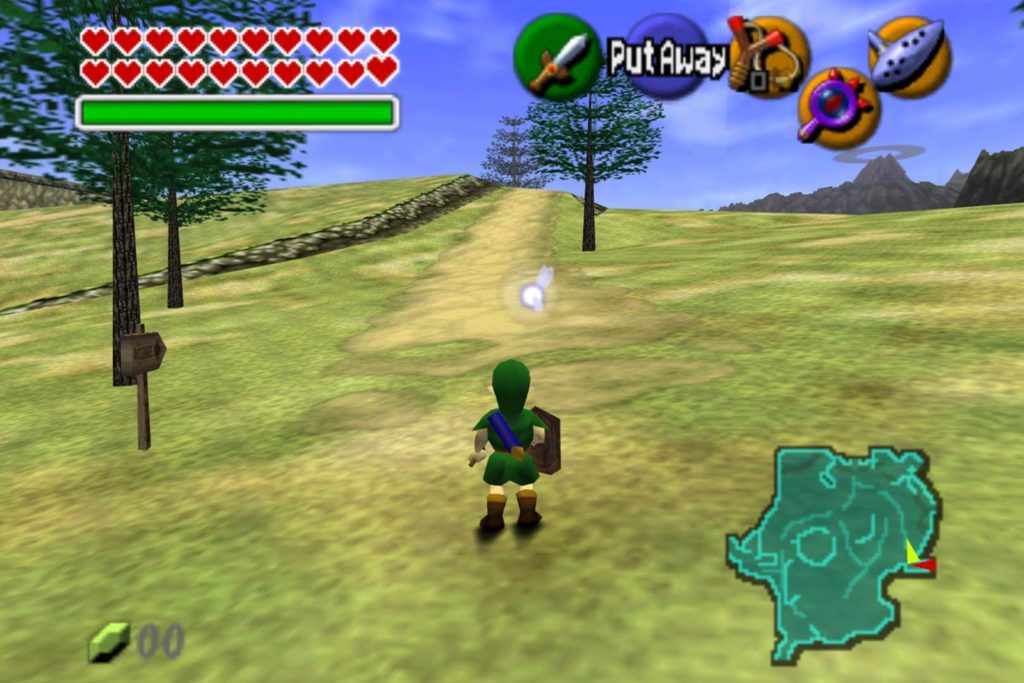 Most people will likely never forget the first time they stepped out into Hyrule Field after completing Ocarina of Time’s initial Deku Tree dungeon, feeling imbued with the freedom to go in any direction and live out their own adventure. Certain members of the video game community did this, and soon after wondered just how quickly they’d be able to – to the extent that the world speedrun record for this Nintendo classic stands at a mere 17m 01s 566ms.

This incredible completion time is all thanks to a glitch known as Wrong Warp, which allows players that can perform it to skip the majority of the game. This involves breaking the game in a way Ocarina of Time was never meant to be experienced, and as such has rendered this classic game a popular one amongst speedrunners everywhere. New glitches to shave off precious seconds are always being unearthed. 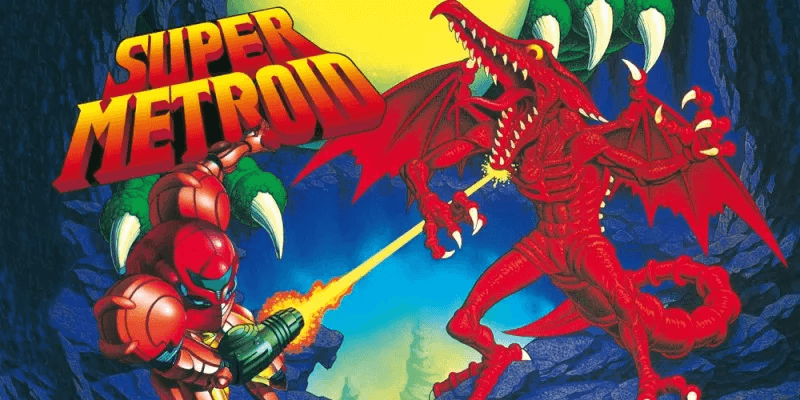 Super Metroid is one of the most notable games released on SNES for its role in coining the entire Metroidvania genre. When playing as legendary bounty hunter Samus Aran, you must navigate a hostile alien planet while fending off her arch rival Ridley and tracking down Metroids in order to kill them. It’s all played from a 2D perspective that sees you backtrack through familiar areas that were previously locked off until you’ve found the exact tool needed to progress.

Despite Super Metroid’s insistence on stilting your advancement the game has become a speedrunning staple. It doesn’t involve a lot of glitching to get in the top 10 of world records, just a willingness to grab every item and defeat every boss as fast as possible with the least amount of time-wasting. An English player known as Behemoth87 currently holds the world speedrun record, logging a time of just 40m 56s – for reference an average completion time sits around 7 hours. 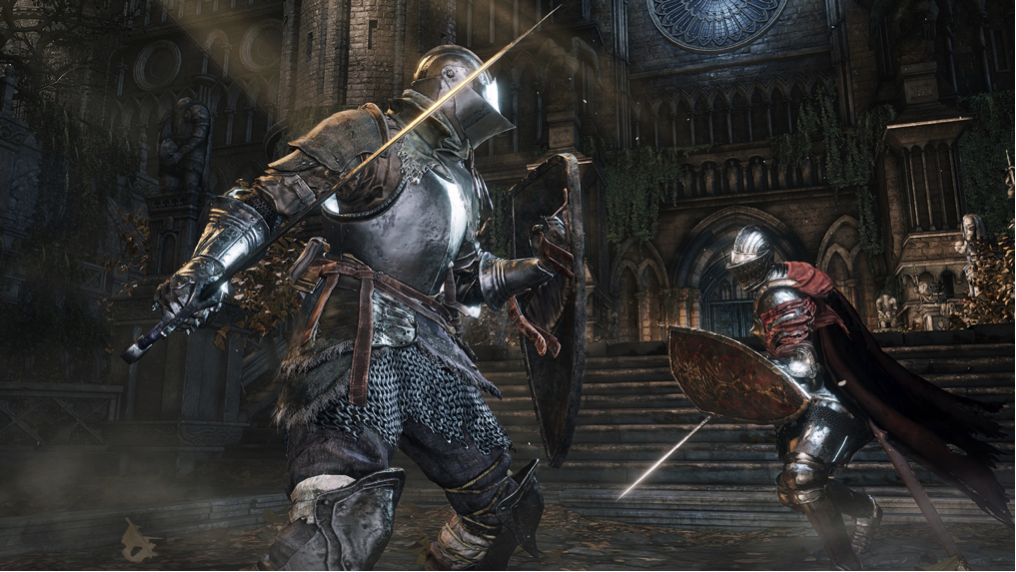 Short of walking across a length of hot coals barefoot the Dark Souls series has continued to solidify itself as one of the most punishing. It’s an action RPG, yes, but one where you’ll constantly need to keep an eye on your health bar and watch for an opening in every enemy encounter that you can then take advantage of. Dark Souls’ excruciating difficulty hasn’t put off the hordes of speedrunners looking to finish it as creatively, though.

Dark Souls has been beaten using a banana as a controller, bongos and even the Guitar Hero peripheral many of us threw away years ago. Played traditionally, the current speedrun record stands at an impressive 31m 51s, which will sound unfathomable to those that have spent double that time trying to defeat a single Dark Souls boss. 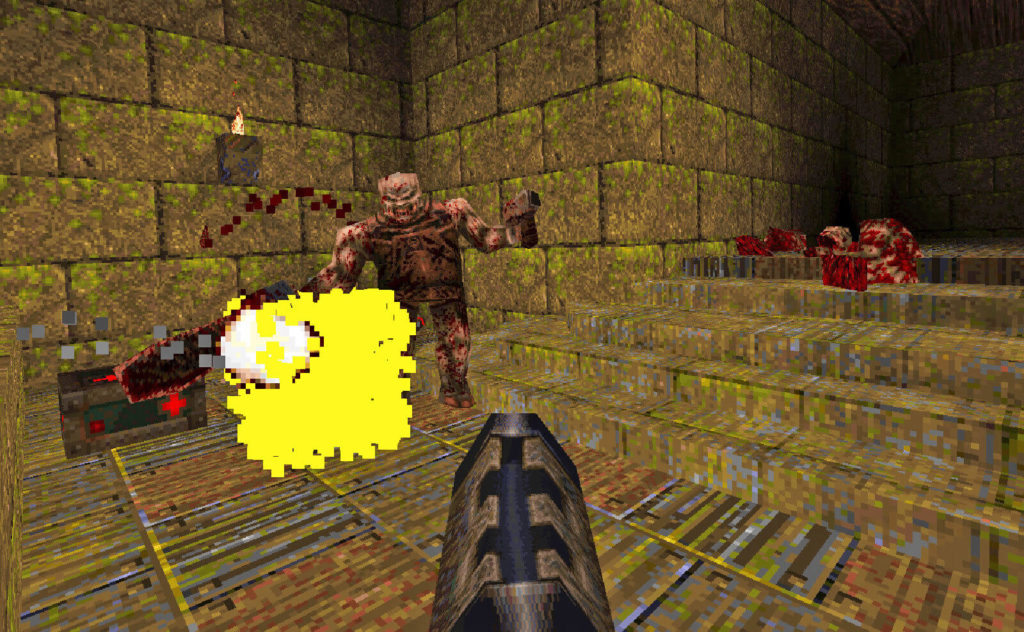 Here’s a game that has engrained itself as such a speedrunnig game mainstay, that those who attempt to do so simply refer to the act as “Quake Done Quick”. Originally released by id Software in 1996, Quake singlehandedly ushered in a new era of first-person shooters – the biggest shift seen since the early days of Doom and Castle Wolfenstein invented it.

By today’s standards Quake now looks a little dated, but that hasn’t stopped players from completing it on the easiest difficulty in the fasted time. The title is currently held by a Swedish player known as Jukebox with a time of 11m 57s, having remained the fastest Quake speedrun for almost two years since 2017. 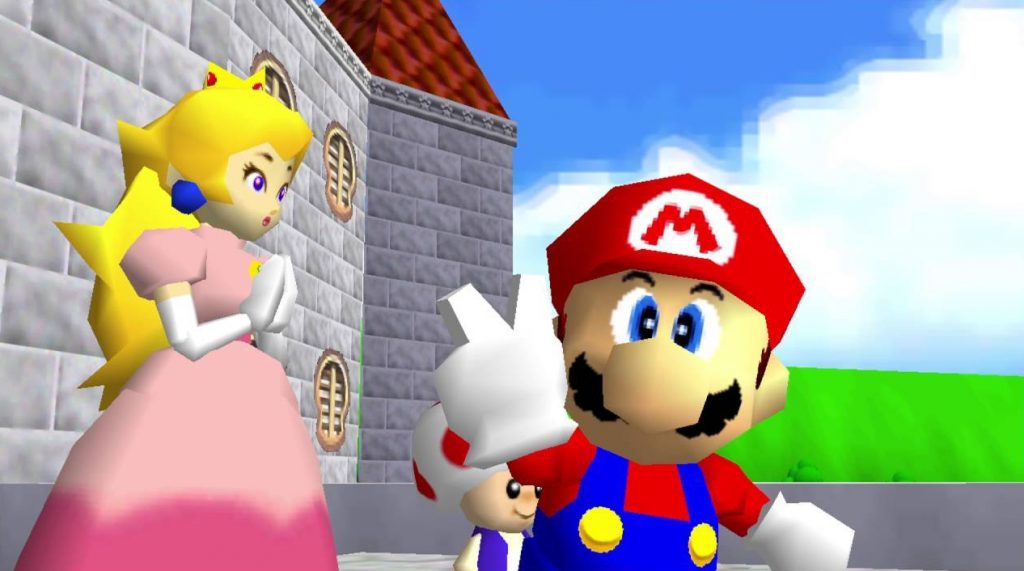 As the first-ever 3D platformer, Super Mario 64 inspired the hearts of many when it released on the Nintendo 64 in 1996. It’s typically played at a leisurely pace, where players are encouraged to progress through each world while gather as many of the Power Stars littered about as possible. The average completion time should come in at around 12 or so hours, but presently the top speedrun time stands at just 6m 41s.

This significantly shorter time is made possible thanks to Super Mario 64’s litany of glitches that allow players to skip major portions of the game. It’s also worth noting that in order for a Super Mario 64 speedrun time to be considered, you don’t have to gather the Power Stars. Another speedrun record where all 120 Power Stars have to be collected stands at 1h 39m 19s. 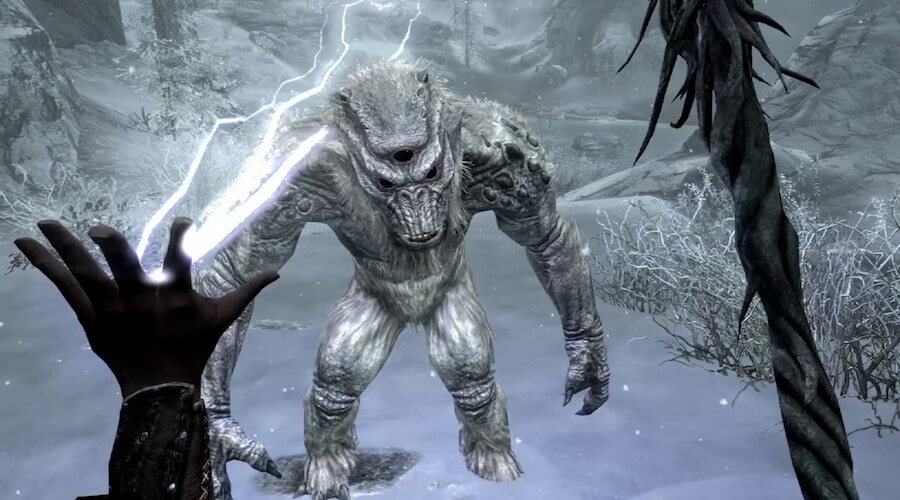 The promise of The Elder Scrolls V: Skyrim is that you’ll have your very own fantasy tale thrust upon you, setting you off in a world of dungeons and dragons with you at the very centre of it. Bethesda’s open world classic is a ginormous game, full of guilds to join and spells to master. Admittedly, though, it’s considered one of the most lag-ridden and glitchy games still popular, which has rendered it a speedrunning favourite.

On average, The Elder Scrolls V: Skyrim takes about 31.5 hours to complete the story, but speedrunner Waz did it in just over 30 mins if you include load times (23m 45s 240ms without). A lot of this is done by running and jumping across the map at a swift pace, avoiding any unnecessary story points and avoiding any damage at every possible instance.

8. Castlevania: Symphony of the Night 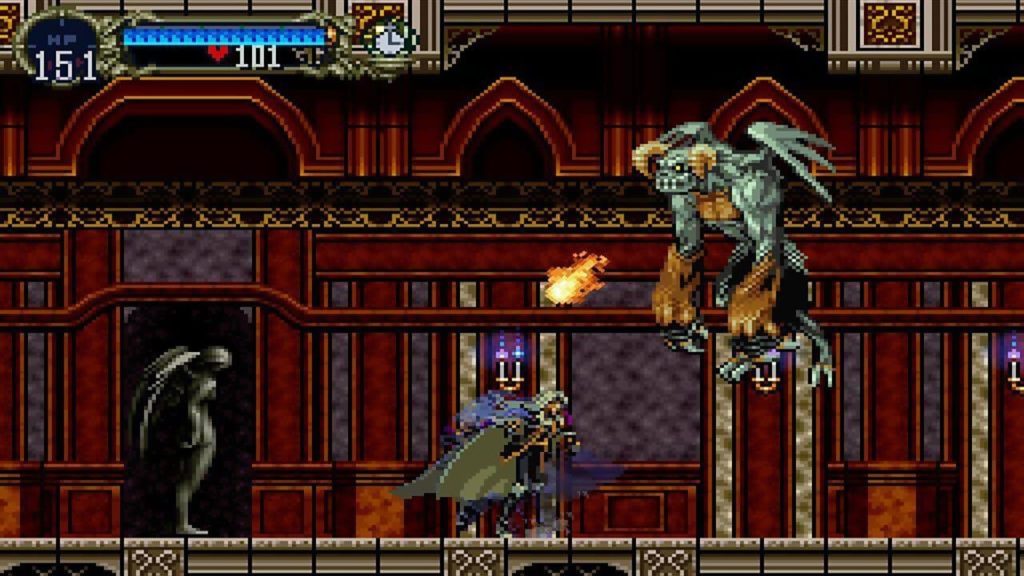 Another game, alongside Super Metroid, credited with coining the Metroidvania genre’s brand of back-and-forth gameplay, Castlevania: Symphony of the Night is considered a PlayStation one classic. You play as Dracula’s goody two-shoes son, Alucard, who needs to explore a castle not just once, but twice (the second time flipped upside down) in order to stop his father.

The speedrun world record for this classic gothic-inspired title stands at 16m 42s 766ms, which is an incredible feat considering that the average completion time is around 8 hours. The game has been updated and re-released on multiple platforms since launching on Sony’s first console, making it a fun one to blitz through for every avid speedrunner. 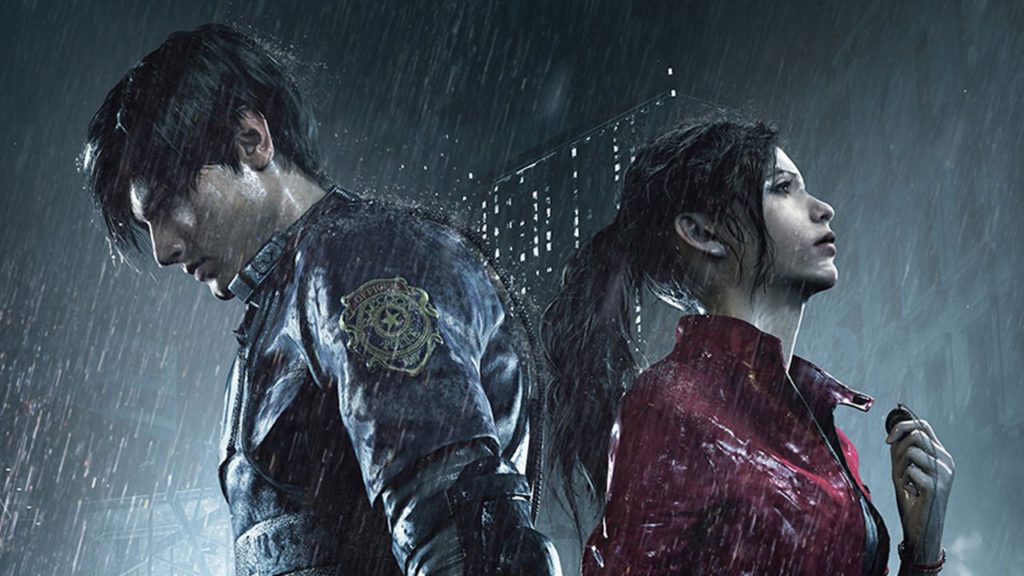 The 2019 remake of 1998’s Resident Evil 2 is one of the few cases where one could posit that the new version is actually better than the original. It did away with the shaky voice acting and pre-rendered backgrounds to create a memorable close-corridor horror experience that looked beautiful yet gruesome at the same time. People welcomed it with such open arms that it’s quickly become a popular playthrough for speedrunners!

Resident Evil 2 isn’t the longest game anyway – a full run takes on average about 6 hours – but it’s the prefect platform to shave off a lot of time thanks to how intricate its police station setting is designed. Areas all interlink, puzzles require you to seek out specific objects to solve them and the ever-threatening Mr. X could be lurking around any corner to stop you in your tracks. A Finnish player known as 7rayD seems to have mastered all three of these, logging a time of 49m 53s. 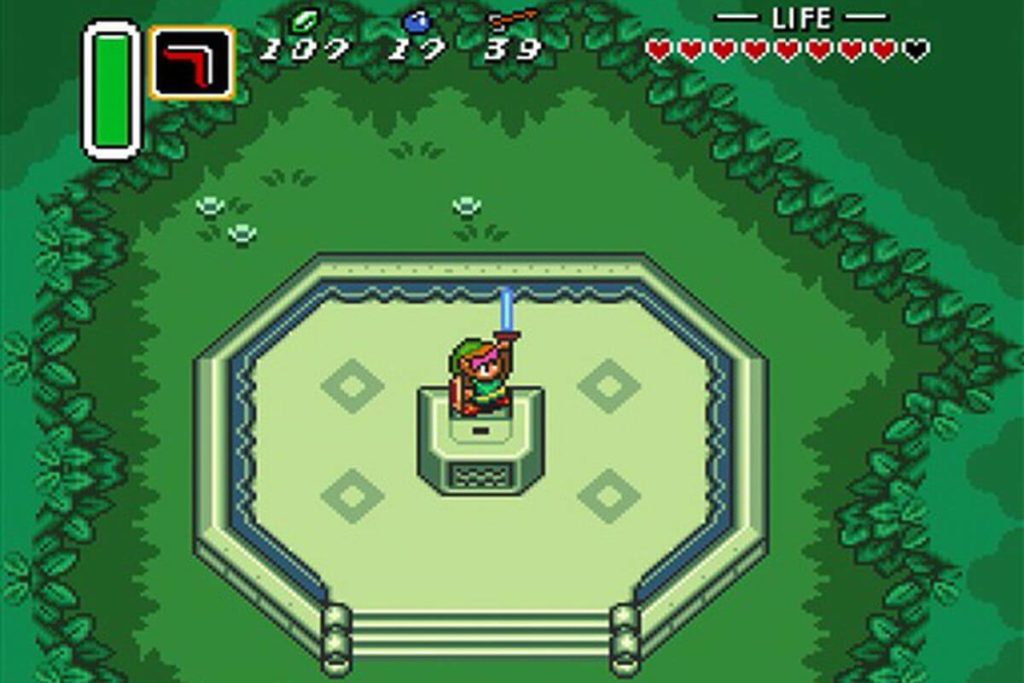 To round us off, The Legend of Zelda’s 16-bit masterclass in game design, A Link To The Past, puts almost every other game on this list to shame. This is because the entire game can be completed in its Japanese version in just under 2 minutes – yes, you read that correctly. This is thanks to a fairly easy to complete glitch that has since been disallowed from all further speedruns.