The launch of the PS5 in 2020 should have been a cause for great celebration. However, launch day on November 19th came and went, and particularly here in the UK many prospective purchasers were still unable to pick up Sony’s next-gen console. It’s by no means an ideal situation to have, especially now that Christmas is behind us. New reports about PS5 stock scalpers, bots and resellers seem to be a daily occurrence, and negative influences like this only makes it harder for people to get one.

The core issue is that demand for PS5 stock is significantly higher than the speed in which Sony can manufacture them, the result of a content-starved population wanting to entertain themselves during an ongoing pandemic. Both the standard and Digital-only PS5 models are currently out of stock at most UK retailers that trade online, which only leads us to question: when might we see the popular console come back? This is the article where we dig into all the known details.

What has caused this PS5 stock scarcity in the UK?

Despite stating earlier this year its intention to manufacture 10 million units before December’s end, Sony has struggled to maintain a satisfying level of PS5 stock amidst the ongoing COVID-19 pandemic. PlayStation 4 quickly became the highest-selling home console compared to the Switch and Xbox One during the previous generation, so it only makes sense that devout existing PlayStation players would be hungry to make the transition to PS5. However, tricky economic conditions have no doubt impacted production and slowed down potential sell-through rates.

The unexpected popularity of the Dualsense controller has always been a huge differentiator. Featuring built-in haptic feedback and triggers with adaptive tension, games can now not only look better on PS5 but also feel a lot better too. Plus, such touch feedback is an experience unique to PS5 amongst next-gen systems, no doubt encouraging next-gen hungry players who would normally pick up an Xbox Series X to wait it out for when PS5 stock becomes less scarce. 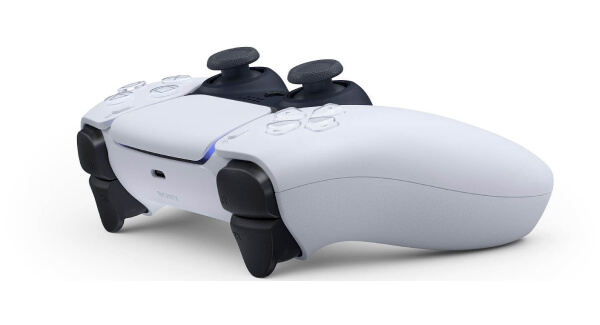 As well as PS5’s purely rampant popularity, the perseverance of scalper groups and certain abject gamers looking to ruin it for casual players looking to buy one. At its worst, one particular outfit based in the UK claimed to have secured 3,500 PS5 units through the use of bots, selling them off on resale sites like eBay to make a quick buck. Sony is aware of this and multiple UK retailers have implemented protocols, like page queues, to try and prevent such instances, but they seem to have only had a limited effect.

When will the PS5 come back in stock?

This is the million-dollar question, and one which we unfortunately don’t have a hard answer to. However, the good news is that Sony has promised that more PS5 stock should continue to trickle in at select UK retailers before the end of the year, though at this point it’s extremely unlikely they’ll be delivered before Christmas. Outlets such as GAME, Currys PC World and Very all have seen PS5 stock floating in and out since the console’s launch on November 19th. Annoyingly, hardly ever do they let consumers know that this is happening in advance, frantically causing a mad dash to get in before the online queue system kicks in.

This definitely isn’t a case of PlayStation withholding stock as many first suspected. Believe us when we say that they’d happily sell a PS5 to everyone who wants one given the choice, but for now it doesn’t look like digital (and some physical) store shelves will be fully stacked until early next year. We know that Sony is placing much higher emphasis on manufacturing standard PS5 units featuring a disc drive, likely as the profit margin is much higher, so if you’re desperate for one and are waiting for a Digital-only SKU, bear in mind that you’ll be at a disadvantage. 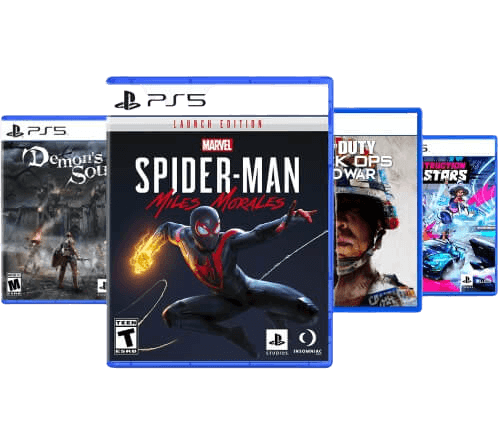 At present, your best bet for finding a PlayStation 5 is to keep a close eye, either of your own accord or by using trusted deal-hunting sites like us. Our bespoke price comparison tech, for example, pings as soon as a retailer sets their listings live, saving you having to scout the interweb or constantly monitor multiple web pages. There’s word that substantial PS5 stock might return by mid-February, but this is yet to be officially confirmed by Sony. Take it with a pinch of salt.

Where can you buy a PS5 if you absolutely must?

PS5 stock is proving so elusive that we can’t even point you towards a less mainstream UK retailer to keep an eye on. Obviously, the elephant in the room are the occasional eBay listings that pop up, but even then PS5 prices are set at a level much higher than standard RRP and you run the risk of paying through the nose. Interestingly, though, customers signed up with EE and BT for either their phone or broadband are reporting some success when both networks release exclusive contract offers. It’s a less conventional route than buying a console outright, but potentially one worth keeping an eye on.