The 2020 holiday season is now almost upon us, which marks a thrilling time for video game players in particular thanks to the arrival of next-gen consoles and all the enticing offers available on PlayStation 4, Xbox One and Nintendo Switch. But what if you’re a parent or close friend wanting to treat the gamer in your life to something special? Where should you start? Well, you’ve come to the right place.

This guide serves as the official Christmas Holiday Gift Guide from Console Deals in 2020, covering all the exciting new games and related products of interest to players. Better yet, we’ll categorise each of our picks into three sections separated by platform. All the following recommended gifts will also be listed at their absolute lowest price, helping you get the very best deal.

These are all the best gaming gifts for Holiday 2020…

Got a PlayStation player in your life? Whether they’ve just recently picked up a PS5 or are still enjoying great gaming experiences on PS4, the following treats are sure to keep them pressing play. 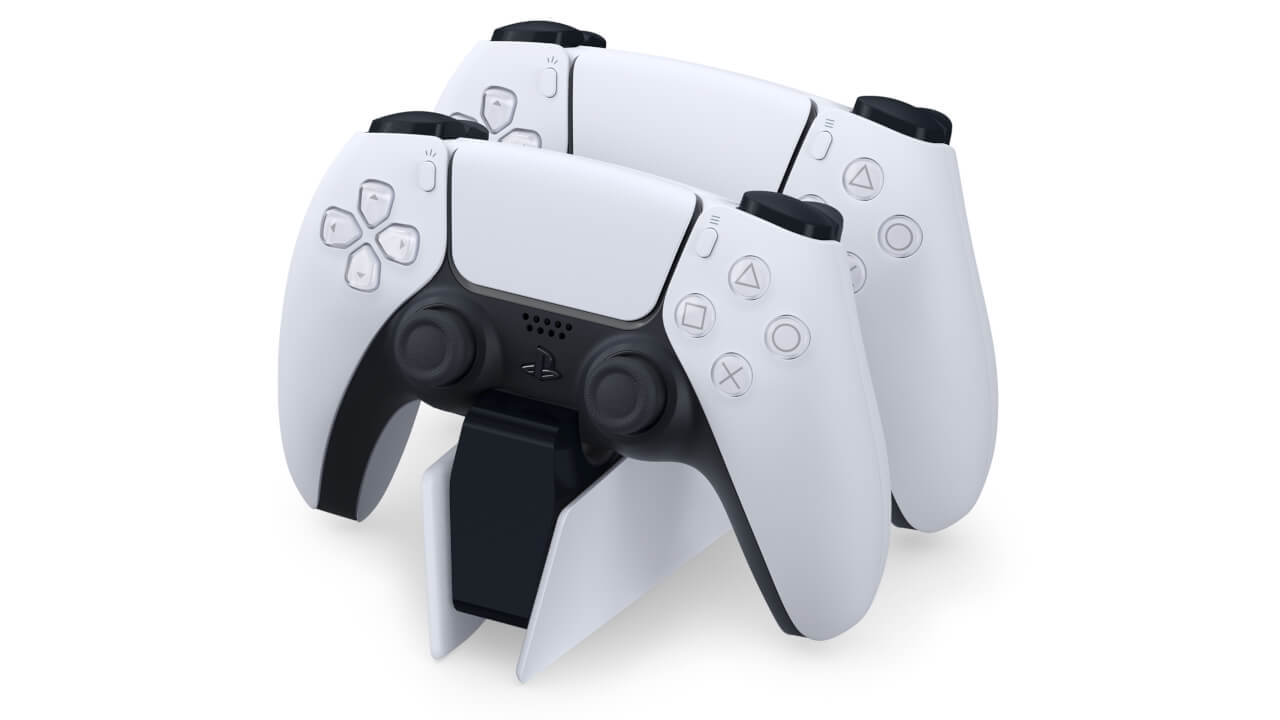 New PS5 players will no doubt want to keep playing into the early hours, but to do that they’ll need to ensure that their fancy new DualSense controller stays fully charged. And while you can do so by plugging it in directly to the console via USB-C, the more convenient and stylish option is Sony’s accompanying PS5 Dualsense Charging Station. It features two slots to charge multiple DualSense gamepads at once and neatly cradles them next to your console. 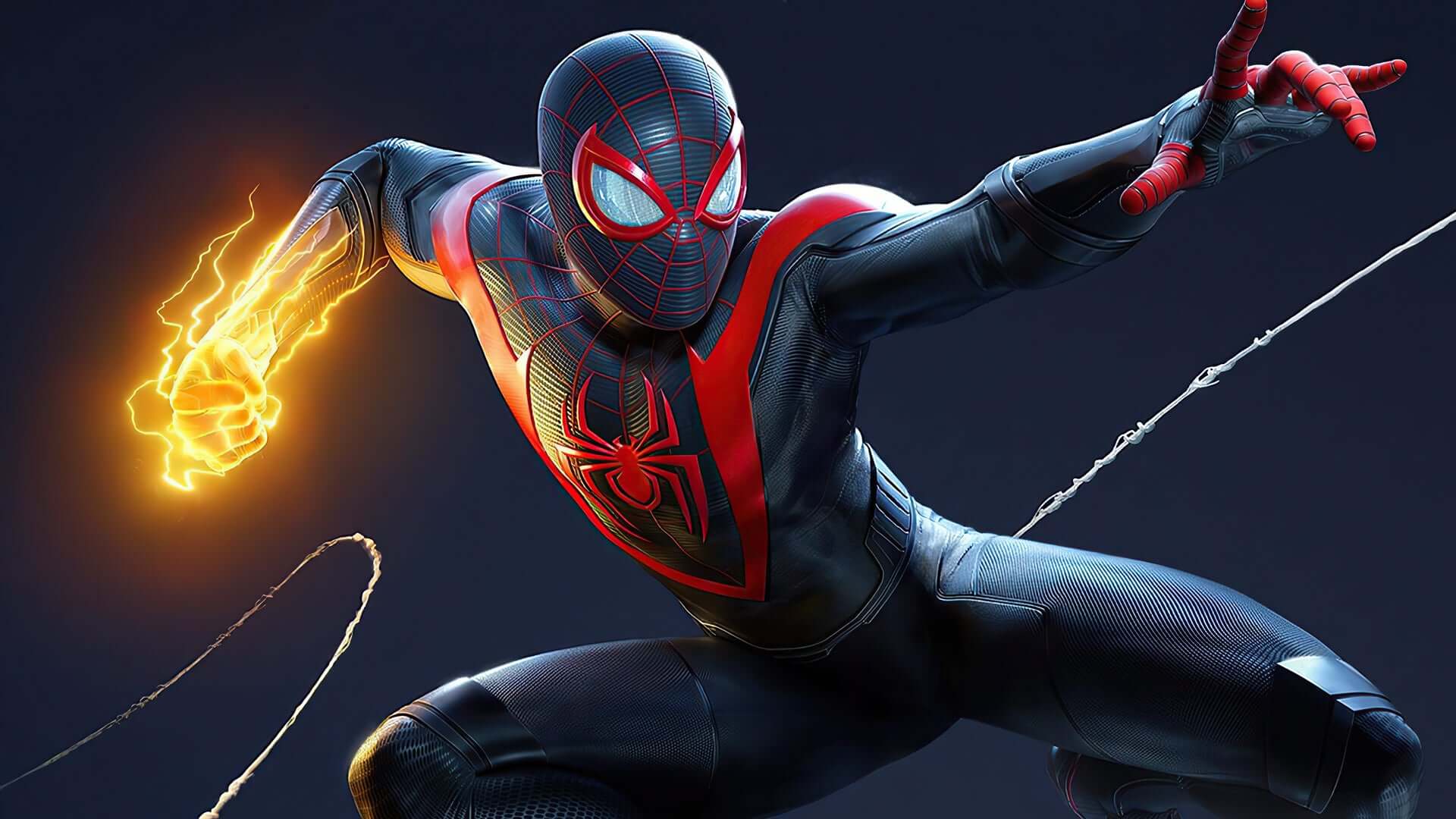 This standalone follow-up to 2018’s Thwiptacular PS4 exclusive is the go-to Christmas game for PlayStation players to enjoy this holiday season. It’s a totally separate story centring on Miles Morales’ version of the wall-crawler. And while it’s been touted as PS5’s premiere launch exclusive, Spider-Man: Miles Morales is also available for PS4 players to enjoy. 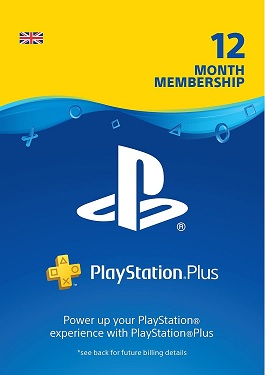 PlayStation Plus opens up a whole other world of play on both PS5 and PS4, gifting players access to two free games a month and online multiplayer with friends. A 12-month subscription will soon see the savings stack up, as each month is almost guaranteed to grant players a minimum of two games usually worth over £50. PS4 players receive to free monthly games, while PS5 owners gain an extra one. 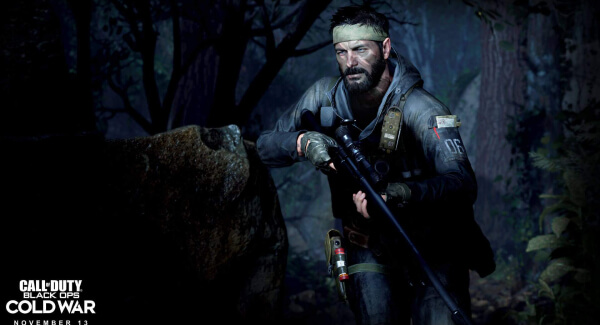 Following the immense success of last year’s Modern Warfare reboot, in 2020 the Call of Duty franchise once again doubled down on an established subseries to give shooting fans more of what they love. Call of Duty: Black Ops Cold War sees the return of Woods, Adler, Mason and Hudson for its campaign, seeing them go undercover in a globe-trotting plot where they must chase down a rogue KGB operative. This is in addition to the incredibly polished multiplayer and zombie gameplay modes that offer PS5/PS4 players even more value. 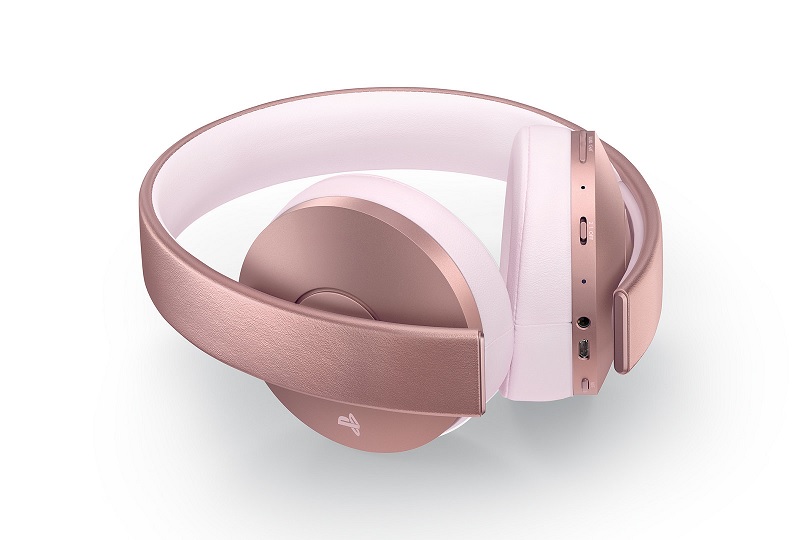 It’s no secret that it’s much easier to feel closer to the game with a high-quality set of cans wrapped around your ears. PlayStation recognised this early on in the PS4’s lifecycle, introducing its line of great-sounding (but affordable) PlayStation Gold Wireless headset. It’s available in a range of colours but Rose Gold pops the most. And better yet, they’re also forwards compatible with PlayStation 5! 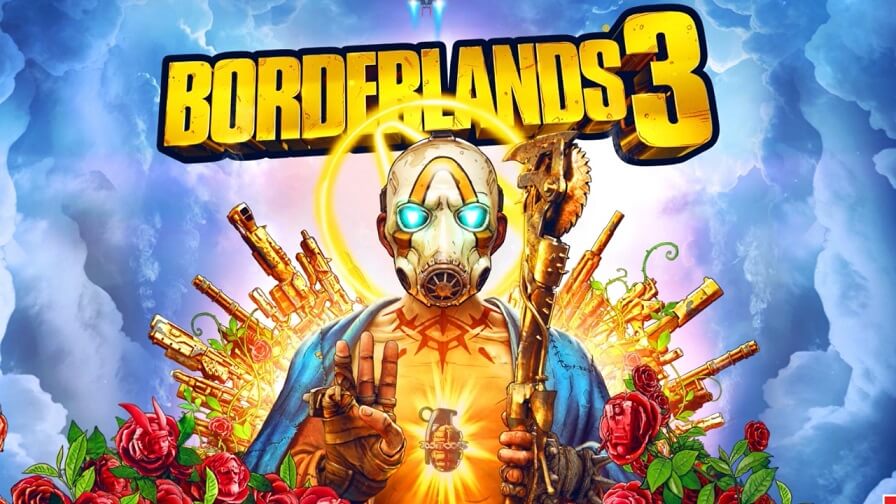 2K’s seminal cell-shaded shooter returned in 2019 to give loot-hungry players more of the FPS chaos they love, all as part of a new story that can be played solo or co-op for up to four players. What’s more, Borderlands 3 continues to be supported with new content and DLC packs to this day, primed to tide PlayStation players over the holiday season. Borderlands 3 was originally a PS4 game, but owners that make the jump to PS5 can enjoy a free next-gen upgrade with improved resolution and visuals.

Know someone that’s recently picked up an Xbox Series S|X or is still enjoying their Xbox One? Getting a gift for said person couldn’t be easier thanks to Microsoft’s willingness to keep these two console generations perfectly aligned. Game or accessory, you can’t go wrong. 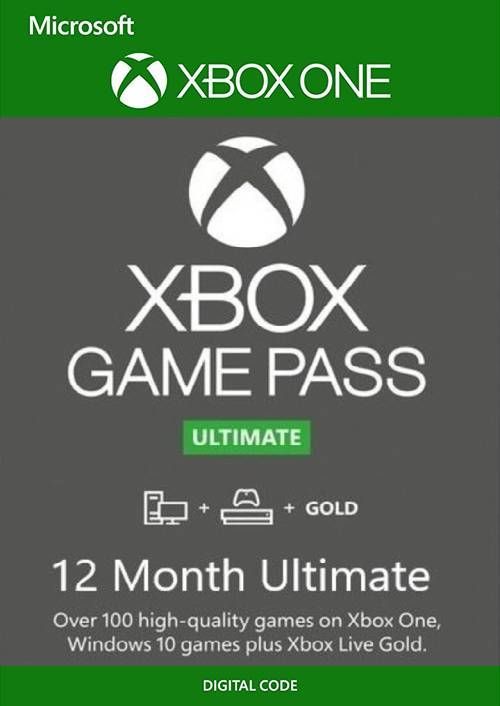 More of a necessity than an actual choice, Xbox Game Pass Ultimate neatly fuses together two of Microsoft’s best gaming services: Xbox Live Gold and Xbox Game Pass. This enables players to cherry pick from a rotating library of 100 games, saving them hundreds of pounds than if they purchased them all separately. It’s considered the greatest deal in gaming for a reason and no dedicated Xbox player should be left without it. 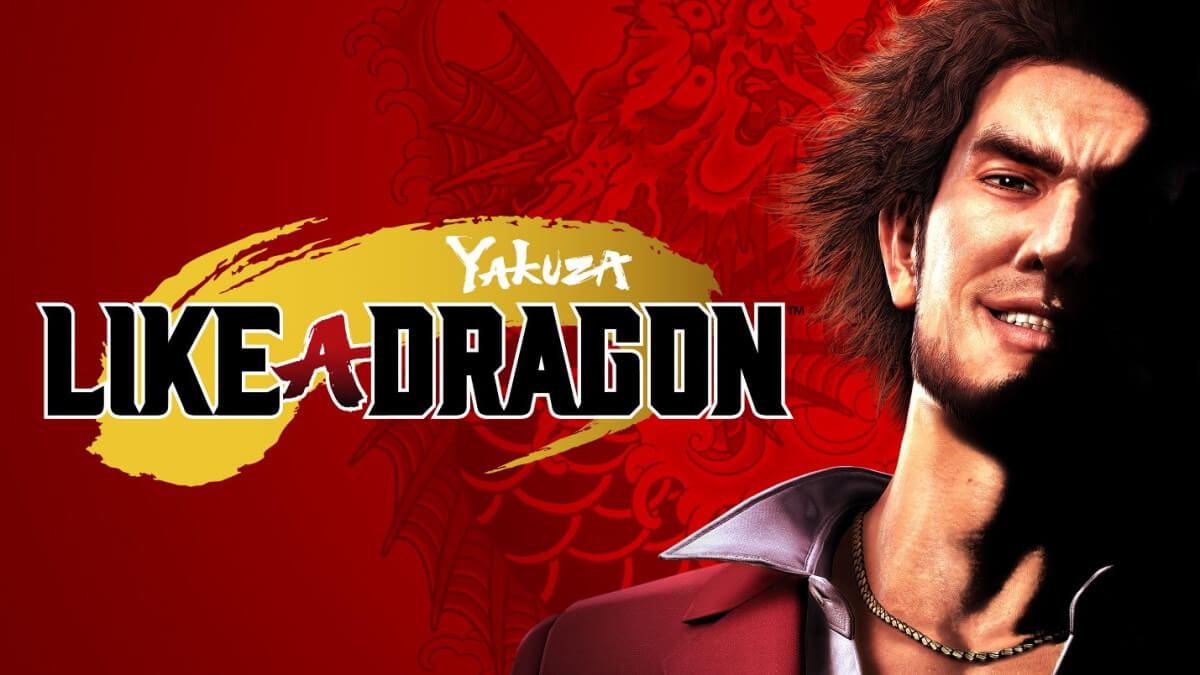 Yakuza: Like a Dragon is about as zany and wacky as JRPGs get, engrossing players within a super stylised vision of the Japanese underworld as part of a turn-based crime adventure. It’s a console exclusive on the Xbox Series S|X until 2021, meaning that anyone who owns Microsoft’s next-gen console get to enjoy a game PS5 players will have to wait months for. 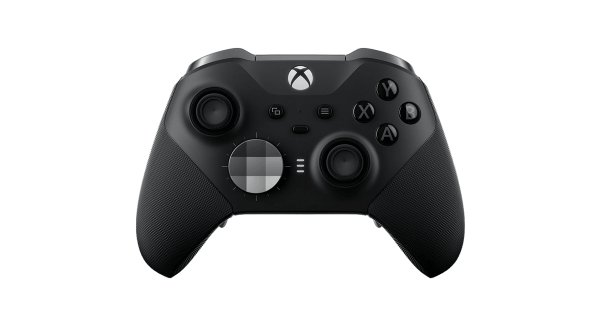 Nobody does professional console controllers better than Microsoft and proving this yet again was the recent release of the Xbox One Wireless Elite Controller Series 2. Iterating on the already excellent design introduced by the first Elite, it features hair trigger locks for added precision, rap-around rubberised grip for better control and adjustable-tension thumbsticks to help improve reaction times in online games. It’s pricey, but works on both Xbox One and Xbox Series S|X. 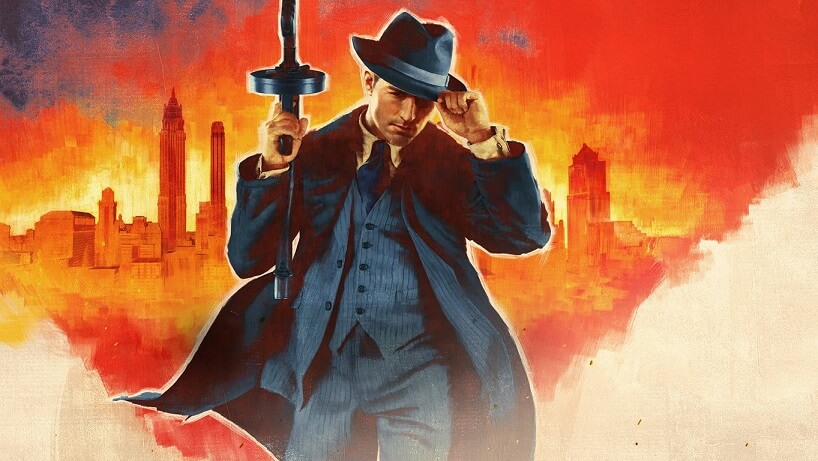 2020 was very much the year of video game remakes, and one of the best examples of taking a classic game and modernising it for a contemporary audience was Mafia: Definitive Edition. Originally released for Xbox One but also forwards compatible with Xbox Series S|X, it’s a gripping single-player adventure set in 1920s New York, where you play as a lowly taxi-driver turned gangster working their way up to the top. It’s a great narrative game for Xmas.

Xbox One Play and Charge Kit 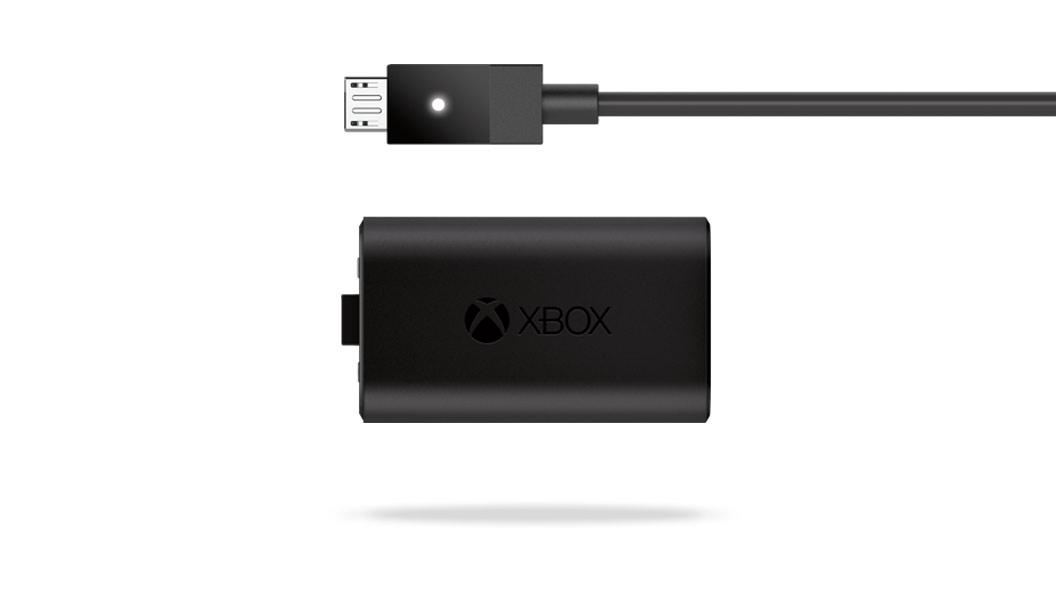 Fed up with buying batteries? A good solution is to purchase Microsoft’s Play and Charge kit for use with their range of official Xbox One controllers, which neatly slots into the back of the pad and can be charged via USB. The Play and Charge kit is relatively cheap at under £20, which will more than earn itself back by saving your giftee from buying batteries every month. 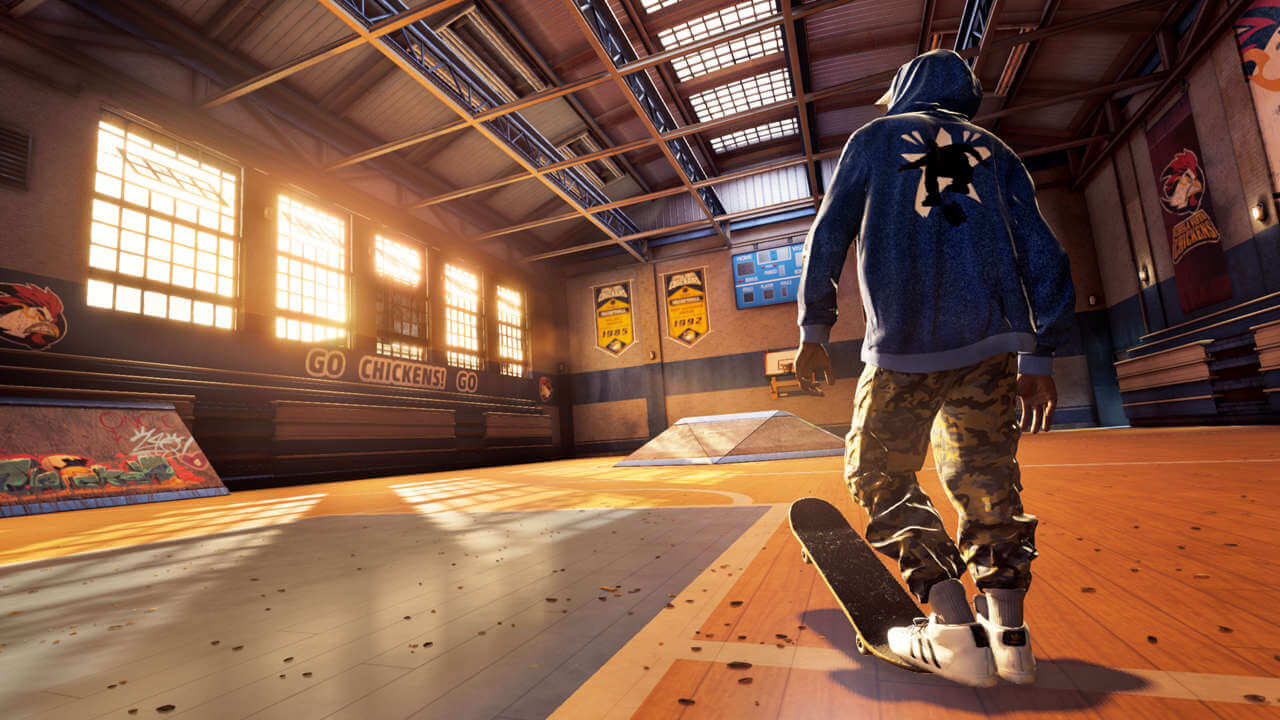 Remakes have been out in full force this year, but arguably the very best of this lot was the return of the classic skateboarding series in Tony Hawk’s Pro Skater 1+2. Recreating the skaters, maps and physics from the ground up for the current generation of consoles, locations like Park, Warehouse and Area 51 have never looked better. Plus, the game is compatible with both Xbox One and Xbox Series S|X, ensuring that everyone can enjoy kickflipping and grinding all over again.

Nintendo players might be the only fanbase not seeing any next-gen action in 2020, but that doesn’t mean there still aren’t plenty of Holiday treats worth picking up. Check out the following list 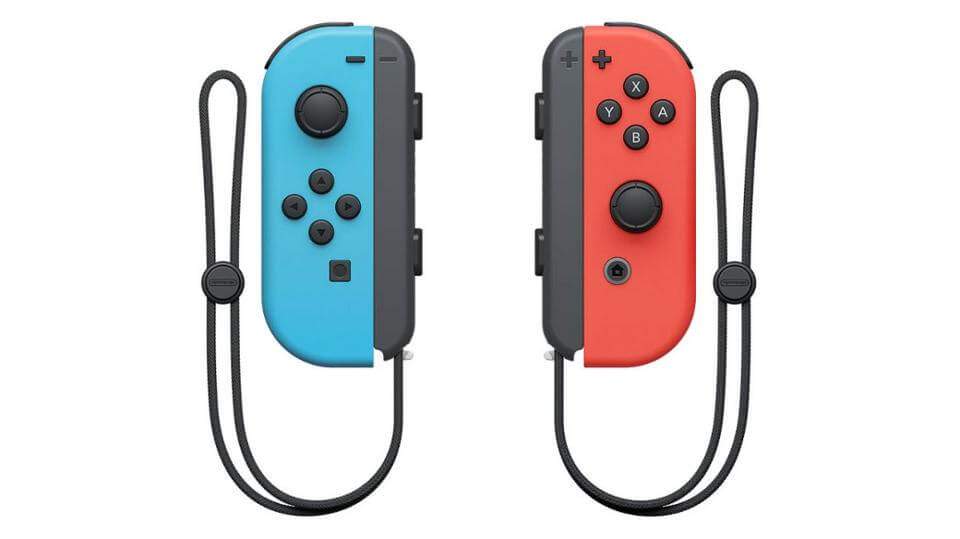 One smart person once said, “you can never have enough Joy-Con”. And that’s because the Nintendo Switch is a console that is expertly designed for local multiplayer play, thanks to the ability for Joy-Cons to be detached with just one click. Picking up an extra pair, therefore, is a wise decision, especially since they recently saw a £10 price drop and there are so many four-player games to play. 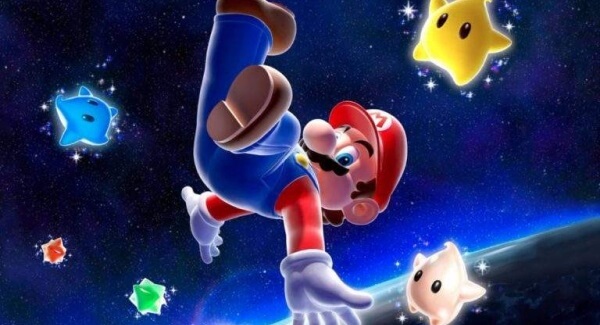 If you’re purchasing a gift for a younger Nintendo Switch player, odds are that will never have played the trio of classic platformers featured in Super Mario 3D All Stars Collection. Bundling Super Mario 64, Super Mario Sunshine and Super Mario Galaxy in one neat collection, all three games play great on Switch thanks to control enhancements and visual improvements. It also goes off sale in Match 2021, so be sure to snap this one up before then. 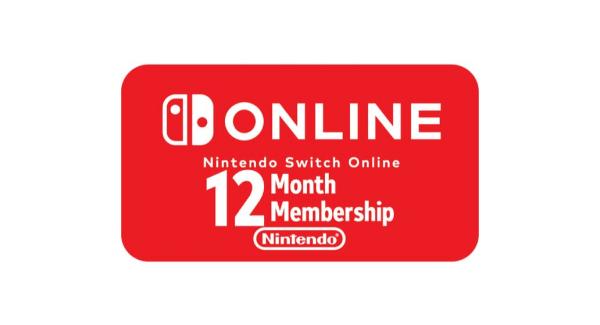 A Nintendo Switch online subscription is an ideal gift for players who want to go head to head with others in games like Mario Kart 8, Splatoon 2 and Super Smash Bros. Ultimate online. You also gain access to a stacked library of classic NES and SNES titles instantly, letting you enjoy the origins of many established Nintendo franchises. Pick up one of these and you’re set for the year. 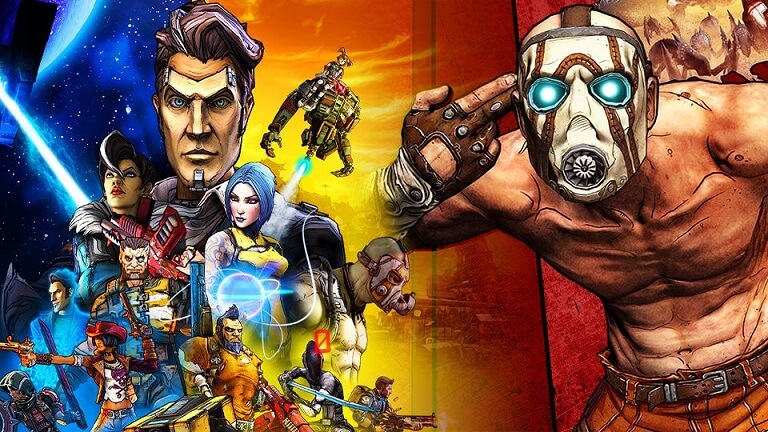 Bringing three of the best first-person shooters ever to the Nintendo Switch was no easy task, yet that’s exactly what happened in 2020 thanks to the arrival of Borderlands: Legendary Collection. Packaging Borderlands, Borderlands 2 and Borderlands: The Pre-Sequel into one neat collection, you and three friends will be shooting and looting together in no time. 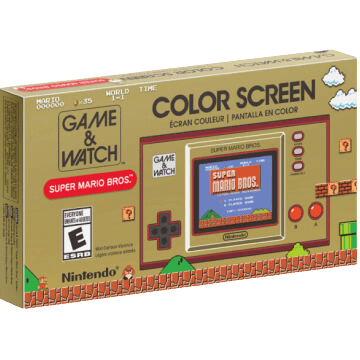 Super Mario is celebrating his 35th anniversary this year, meaning that there was a whole heap of games, accessories and hardware released in honour of it. Leading this pack is a new version of Nintendo’s classic line of Game & Watch handhelds, this time featuring the original 1985 2D platformer Super Mario Bros. This one is ideal for an older Nintendo fan, primed to instantly transport them to their childhood.