PlayStation VR is currently the only way to experience virtual reality on a home console rather than a PC. Headsets like the HTC Vive and Oculus Rift might pack a lot of graphical lustre, yes, but picking up a PlayStation VR headset is by far the most affordable and consumer-friendly option at the current time. What’s more, PlayStation VR is also currently home to a slew of top-tier VR exclusives like Farpoint, Astrobot: Rescue Mission and Psychonauts in the Rhombus of Ruin.

But which of the three PS4 Models – PS4, PS4 Slim and PS4 Pro – works best with PlayStation VR? All are fully compatible with Sony’s headset, but there are a couple slight differences found in each variant that could impact the experience you have with it ever so slightly. We already know that PlayStation VR will work with Sony’s upcoming PlayStation 5, but what about the here and now with PS4? We at Console Deals have the answer for you via a console-by-console breakdown.

Released in 2016, the PlayStation 4 Pro was specifically designed to let players benefit from an advanced boost in power. Suddenly games can be experienced at true native 4K resolution, with quicker load times and at a faster framerate, and all these added visual benefits successfully translate to PlayStation VR as well. Games played within it will generally play smoother and display sharper detail, both factors that help to immerse you further within this relatively new medium of virtual reality worlds.

For those unaware, PSVR works differently to traditional games in that the game has to be rendered not just once, but twice – once for each eye. PlayStation 4 Pro has the easiest time keeping up with this added demand, locking the framerate at a silky smooth 60fps for the most part. PS4 Pro features an impressive 4.20 TFLOPs compared to the other models’ 1.84. Because of this, PS4 Pro is the best model in which to experience PlayStation VR. This added boost in power unfortunately also comes at an added cost, but by picking up a PS4 Pro as part of a bundle you can offset this somewhat.

Runner up: the PlayStation 4 Slim 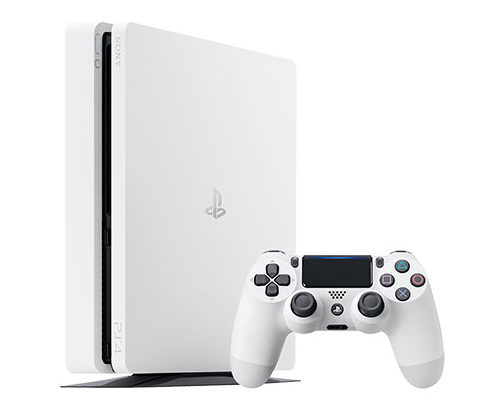 The PlayStation 4 Slim was released in 2016 as a smaller, more refined hardware revision that made some minor adjustments to the design of the original PS4 launched three years earlier. The internal hardware isn’t in any way different to that which came before, but on the outside there’s an added, third USB port which will comes in handy for anyone wanting to hook up a PlayStation VR headset. The returning Move Controllers used for hand motion in VR games also each need a USB port for charging, so overall the PlayStation 4 Slim is a reliable way to step into PSVR over the launch PS4 – even if you don’t get the added visual flourishes found in the PS4 Pro.

Last but not least: the original launch PlayStation 4

The original launch PS4 released in 2013 is no longer available to purchase brand new, but anyone yet to upgrade to either a PS4 Slim or PS4 Pro can rest easy knowing that they can still experience the joys of PlayStation VR. You’ll likely find yourself fumbling around with wires a lot more due to the lack of third USB port, but this just means you’ll have to charge the Move Controllers outside of virtual reality play. Buying a pre-owned launch PS4, however, is the most affordable way to jump in on the VR revolution – especially with the PSVR headset recently lowering its RRP.

Best PSVR games worth checking out 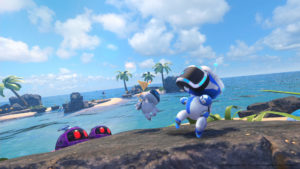 Astro Bot: Rescue Mission sees you control the titular Asobi robot throughout multiple worlds, following his journey to recover his team while fending off five unique bosses. It works so well in VR because you’re required to bash obstacles with your head, look over and above platforms in order to gather all collectibles, using the Dualshock 4 controller in unique ways to guide Asobi to his objective. 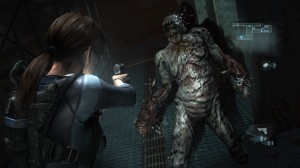 Playing Resident Evil 7 in VR is the ultimate haunted house experience, placing you in the middle of a Louisiana outhouse where a cannibalistic family is running amok. This is a full first-person game that will test your patience and will, as you comb through every inch of this scary location to gather bullets, herbs to stay alive as well as the various keys needed to progress. Resident Evil 7: Biohazard isn’t one for the faint of heart. 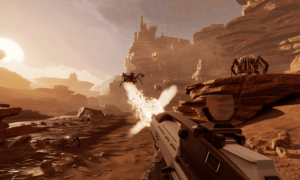 If you’ve ever wondered what it would be like to take down hordes of mutant spiders taking over mars, Farpoint is the VR shooter for you. It’s one of the few PSVR games that is fully compatible with the PlayStation Aim controller, truly making you feel like your firing a blaster rifle thanks to it being a two-handed peripheral. All this takes place against a gripping space-set sci-fi story that acts as the ultimate VR thrill ride. 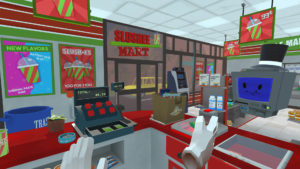 Job Simulator places you firmly in the world of work, albeit one that’s been hilariously misinformed by a race of CRT computer monitor aliens. They don’t quite understand the role of a shop assistant or office worker, meaning Job Simulator gifts you with the perfect foundation in which to wreak havoc and go crazy. 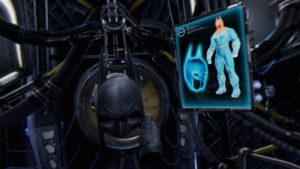 Rocksteady’s Arkham games are constantly being lauded for their ability to make you feel like you are the batman. Batman Arkham: VR takes this one step further by letting you don the cowl, setting you off on a first-person mystery where you solve the murder of Robin. You can visit such iconic locations as the Iceberg Lounge, GCPD and, of course, the bat cave – all as part of an adventure that includes iconic voice actors as Mark Hamill and Kevin Conroy reprising their roles.