The Nintendo Switch is one of the most exciting consoles released for quite a while, being unique in that it can be played portable as a handheld and at home on the big screen via a dock. This hybrid nature effectively doubles the value of the Nintendo Switch and as such makes finding one at a bargain price often tricky. Thankfully, Console Deals is here to offer you up some handy tips when looking for that ever elusive Nintendo Switch Price Drop. 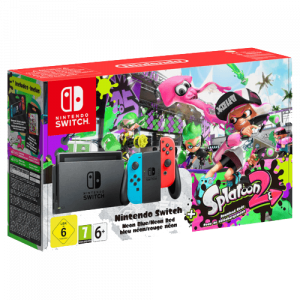 First off, it’s worth noting that while Nintendo Switch price drop deals do frequently happen, sales don’t occur quite as often as, say, those experienced by the PlayStation 4 and Xbox One. The good news is that you’re almost always guaranteed to save money on a Nintendo Switch by picking one up as part of a bundle, with most coming packaged with a top-tier first-party game (such as Super Mario Odyssey or Splatoon 2). This saves you waiting it out for a specific Nintendo Switch price drop to land and nets you a free game that is worth £40 or more.

When will the Nintendo Switch price drop?

If a Nintendo Switch bundle priced at the typical RRP still isn’t doing it for you, your best chance of seeing a Nintendo Switch price drop is around any of the UK’s major holidays. Easter, bank holiday weekends and Christmas will all see respective sales occur across console platforms, providing purchasers with plenty of opportunities to nab one for a slightly cheaper price. The various filter options we feature on Console Deals can help keep you up to date with this.

It’s often believed that Black Friday is the best time to pick up a video game console, when in actual fact the various SKUs of the Switch, PS4 and Xbox One enjoy similar price drops all year round – especially over the Summer period. November is a long time to wait to experience great games like Pokémon Let’s Go and The Legend of Zelda: Breath of the Wild. We’d recommend not holding out until then to wait for the best Nintendo Switch price drop and instead consider your preferred price and grab one as soon as that becomes available.

How often does the Nintendo Switch go on sale?

As already alluded to, the Nintendo Switch is probably the console that goes on sale the least in the grander scheme of things – especially when compared to the other two console platforms. The Nintendo Switch is yet to experience a permanent price drop as mandated by Nintendo itself, but that doesn’t prevent popular retailers like GAME, Amazon and Argos from making the console more valuable and lucrative via a good bundle.

Simply put, there’s no set schedule we can point you towards for when a Nintendo Switch price drop will happen. Instead, it’s best to stay vigilant and use the filters tools like those we at Console Deals provide to help find yourself the perfect deal. The Nintendo Switch doesn’t go on sale as often as everyone would like, but there are at least other options.

What is the RRP of the Nintendo Switch and has it changed?

Currently, in the UK, the Recommended Retail Price of a standalone Nintendo Switch console is £279. This is the case for both Neon Blue/Red and Slate Grey Joy-Con colour combinations, coming with the controllers, dock and console itself. We’re now just over two years into the console’s lifecycle at the time of writing, and there’s still no concrete word of a permanent Nintendo Switch price drop happening. With rumours of a new Nintendo Switch redesign circling, however, it would be wise to assume that there will be price disparity between this and the current version.

Where can I find Nintendo Switch price drops?

On the rare occasion they do occur, you can find Nintendo Switch price drops happening across all the major UK games retailers – both online and in-store. This includes popular heavyweights like GAME, Amazon and Argos, as well as more obscure digital storefronts like Base and Very. However, we save you hassle by doing all the hard work, so you don’t have to. Console Deals’ Nintendo Switch price comparisons are constantly updated to get you the best possible deal.

How much money will I save if I buy a second hand Nintendo Switch console?

One way to save money on a Nintendo Switch purchase is by choosing to grab a second-hand console as opposed to a brand-new one right off the shelf. The amount you save will largely be dependent on quality, with those ranked anywhere from “good” to “great” generally costing somewhere around £240 as opposed to those deemed “bad” or “poor”, which will be significantly cheaper. Be sure to do your research before pressing that purchase button with a second-hand Nintendo Switch, though, as the lower price point is sure to come with some compromises.

If you're not in a hurry to buy a Nintendo Switch just yet, and are happy to wait until the price drops to a certain price, why not. sign up for the best price drop alerts on Nintendo Switch consoles. Join the 1000's of other UK gamers that have signed up for our daily WhatsApp deal alerts on the best gaming deals in the U.K.

We promise not to spam you and your number will never be shared. If you ever want to unsubscribe just send us the word “STOP” at anytime.