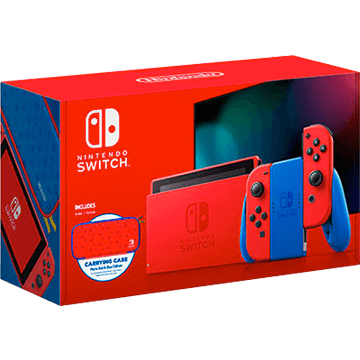 Compare 10 deals from 6 UK retailers, with prices starting from just 299.99 to 454.98 on the Nintendo Switch: Mario Red & Blue Edition. Our easy filtering system allows you to find the perfect deal buy your console today!

Mario is synonymous with Nintendo, and has already made an enormous impact on the company's current console, the Switch. He's adventured alone in Super Mario Odyssey, hit the road in Mario Kart 8 Deluxe, partied in Mario Party, enjoyed a blast from the past with Super Mario 3D All-Stars, and much, much more! 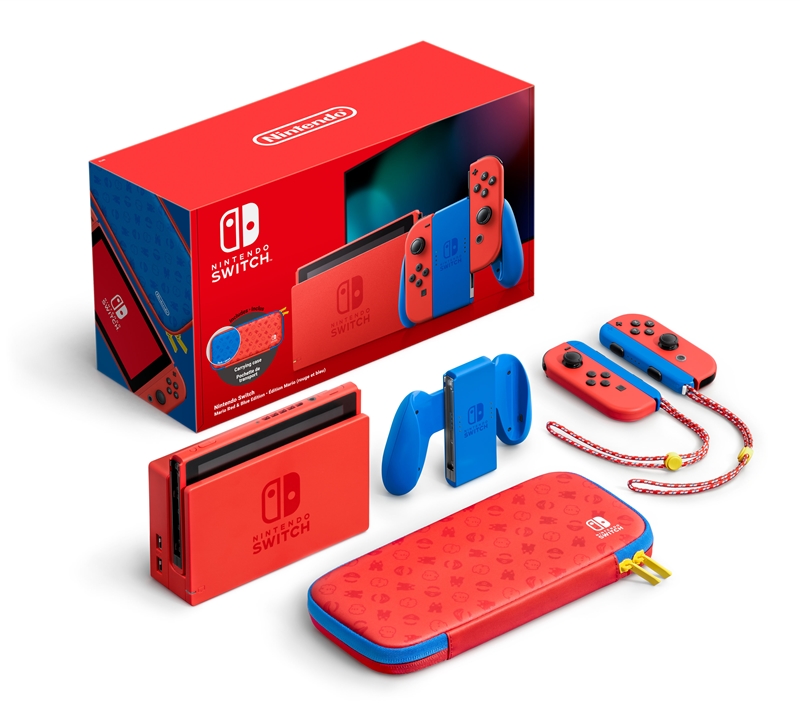 So what better way to celebrate the release of yet another Switch game featuring the plucky plumber - Super Mario 3D World + Bowser's Fury - as well as his 35th anniversary than the release of a brand new special edition Switch console?

Nintendo have been getting more adventurous with special versions of the Switch in recent times, and this Mario version is possibly the boldest yet. The console comes in a striking combo of red and blue, designed to mimic our hero's famous overalls, but it also marks the first time we've seen the body of the actual Switch be a colour other than grey, making it a truly all-red console when played in handheld mode. The Joy-Con holder, meanwhile, is a striking new blue colour we've not seen before. Also making its debut is a new Mario red and blue case worth £20, which comes bundled within the box.

On this page, you'll find all the deals for the console on its own and as part of larger bundles that we've been able to find from all the UK's leading online retailers.