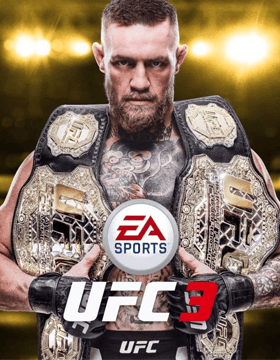 Find the best deals on UFC 3 for PS4, Xbox, Xbox One. We compare 11 deals (starting from £8.75) across every edition offered by our partner retailers.

In the third instalment of EA Sports’ hugely popular franchise, take on the best in the world across a range of fighting disciplines to become the best in the world. Unlike many fighting games, UFC 3 offers players complete control over their character’s movements, with the ability to duck and dodge freely tied to a stick.

The presentation is predictably excellent given EA’s pedigree in the sports game arena. As well as fluid, dynamic animations that give the fights an organic, realistic feel, there’s even the likes of Snoop Dogg lending a hand on commentary to give proceedings a touch of the glitz and glamour now readily associated with one of the world’s fastest growing sports.

Standard ‘arcade’ fight modes exist, in addition to a career mode which has been expanded for this edition of the game. Now, it’s up to you to decide how you spend your time in between bouts; training, sparring and scouting your opponent’s weaknesses are all paths you can take.

With a large roster of fighters, both modern and icons from the past, UFC fans won’t want to miss this!

Hear what IGN had to say about UFC 3.