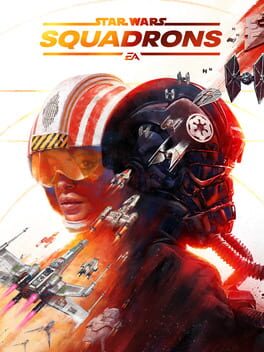 Find the best deals on Star Wars Squadrons for PlayStation 4, Xbox One, PC (Microsoft Windows). We compare 65 deals (starting from £0.16) across every edition offered by our partner retailers.

Whereas most Star Wars games seem intent on shoving a lightsaber or blaster in your hand, EA’s next game to utilise this license sees you take to the skies. Star Wars Squadrons releases on October 2nd and will see players don the guise of an X-Wing fighter pilot battling against the empire in the aftermath of Return of the Jedi’s events. It’s an all-new Star Wars adventure set against the backdrop of sky-spanning space battles.

Star Wars Squadrons marks the first major dogfighting game set in the Star Wars universe since the days of the Rogue Squadron series on the Nintendo GameCube. Unfortunately Star Wars Squadrons is such a technical powerhouse that it isn’t coming to Nintendo Switch, but PS4 and Xbox One players can look forward to a true Triple-A quality experience that will let them live out their Star Wars pilot fantasy.

Set soon after the events of 1983’s Return of the Jedi, Star Wars Squadrons centres on a crack team of rebel fighter pilots working to dismantle what is left of the Empire after the Emperor’s defeat. Doing this will involve learning how to master legendary classes of starfighter, including the agile -A-Wing, the menacing TIE bomber and almost every vehicle in between.

In addition to a full-fledged single-player campaign, Star Wars Squadron will allow teams of 5 to do battle against one another in a dedicated multiplayer mode. This portion will also support cross-play, meaning that players taking part on different platforms will be able to duke it out. Dogfights challenges teams to gain as many kills as possible, while Fleet Battles sees teams trying to take down the opposing team’s flagships.

After the great success seen with Star Wars Battlefront II’s Rogue One VR portion, EA has confirmed that Star Wars Squadrons – or at least part of it – will be playable in PlayStation VR at launch. This mode will obviously be exclusive to PS4 on console, but opens up a way for you to do battle as a fighter pilot via a whole new dimension.