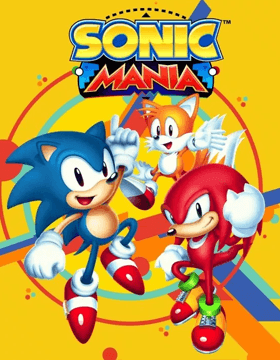 Find the best deals on Sonic Mania for PC (Microsoft Windows), PlayStation 4, Xbox One, Nintendo Switch. We compare 10 deals (starting from £7.99) across every edition offered by our partner retailers.

Sonic has had many false dawns over the past decade and a half. While his one-time gaming mascot rival Mario has made the leap to 3D with ease and has continued to star in critically acclaimed games, Sonic has struggled to remain relevant, with his 3D adventures often leaving critics and series’ fans underwhelmed and disheartened.

Sonic Mania doesn’t finally solve the question of how to make a truly classic 3D Sonic game, but it does the next best thing by taking the series back to its 2D roots. Sonic Mania combines classic stages from the beloved classics of Sonic’s early years with new stages that borrow and freshen up familiar platforming elements. Everything is here, from the classic 16-bit Genesis graphic style to the iconic level theme music to – of course – the same original chime when collecting a ring.

The level design boasts the mix of loops, spring jumps, leap of faith cliff drops and everything else that Sonic aficionados know and love, while players can choose from Sonic, Tails and Knuckles to play as.

If you’ve already finished the Crash Bandicoot N. Sane Trilogy and have not satisfied your retro gaming cravings, Sonic Mania may very well be the one for you.

See what IGN have to say about Sonic Mania in their review.