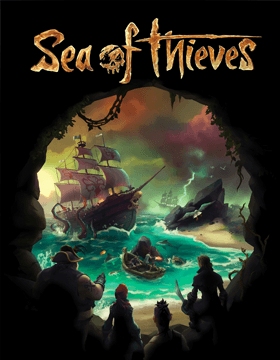 Find the best deals on Sea of Thieves for PC (Microsoft Windows), Xbox One. We compare 26 deals (starting from £18.00) across every edition offered by our partner retailers.

Compare prices on Sea of Thieves

From legendary UK developer Rare comes Sea of Thieves, a major new exclusive title on Xbox One. Aiming to do for piracy what Red Dead Redemption did for the Old West.

Sea of Thieves is an online-only title which puts you in the middle of a vast ocean of other players. What you do from there is almost entirely up to you. Form up a party of your friends and set sail to raid other players’ ships. Tackle some of the game’s skeleton fortresses, where you must fight off evil foes to get the treasure they protect. Ambush other ships attempting to do the same thing. The choice is yours.

Of course, it’s not always as simple as that. The ocean itself is filled with peril, ranging from tricky-to-traverse waters through to monsters that lie just beneath the surface. Disturb them at your peril.

See what awaits you in Sea of Thieves…