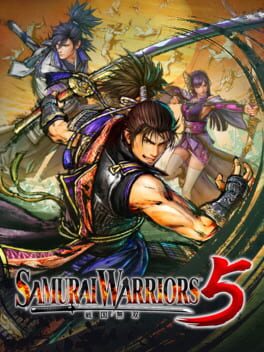 Find the best deals on Samurai Warriors 5 for Nintendo Switch. We compare 29 deals (starting from £25.95 across every edition offered by our partner retailers.

Koei Tecmo is back with yet another epic hack-and-slash adventure where players must face off against legions of enemies as a variety of heroes. Samurai Warriors 5 makes it possible for you to destroy entire armies with just a single swipe of your blade, making the 7-year wait between this and the previous instalment worth it. The Warriors series’ trademark Musou Action has never looked or played better.

Samurai Warriors 5 is set for releases this July 27th on PS4, Xbox One and Nintendo Switch. The stylish action might be purposefully overexaggerated, but the story is fully grounded in the Sengoku period and told from two distinct perspectives: officers Nobunaga Oda and Mitsuhide. Both heroes headline a game that features 27 different playable characters in total, all of which feature unique attacks and can be brought into the battlefield.

In addition to the expected slew of slash, stab and launch attacks, Samurai Warriors 5 shakes things up by adding a new Huper Attack. This allows players to leap across the map at great speed while attacking enemies at the same time. It’s yet another tool in your combat arsenal that’s sure to come in handy, making it easier for you to continue combos, stun large groups of enemies and more.

While previous Samurai Warriors titles have opted for a realistic aesthetic akin to other Musou games, this fifth entry does something different. Characters and environments now look as if they’ve been painted by a traditional Japanese brush, boasting thick black outlines and much deeper colours. So much so that it looks like a playable anime in motion.

Fully 21 returning characters and 16 new ones to master

Samurai Warriors 5 may feature a reduced character roster, but the 37 included all play differently enough to make every action set piece feel unique. 21 fan-favourite characters return either in a full or supporting capacity, while long-time fans have 16 new additions to master and get acquainted with. It’s yet another reason that makes this game the perfect entry point.