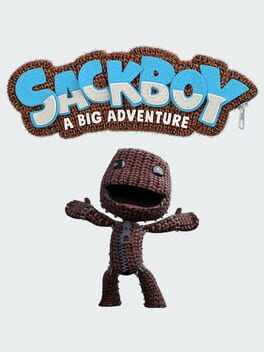 Find the best deals on Sackboy: A Big Adventure for PlayStation 4, PlayStation 5. We compare 44 deals (starting from £29.99 across every edition offered by our partner retailers.

After encouraging players on PS3 and PS4 to “play, create and share” across two console generations, Sackboy is returning once again to help usher in a bold new era for PlayStation 5. Sackboy: A Big Adventure may not encourage you to create your own levels, but it does serve as a charming 3D platformer reminiscent of classic genre entries like Crash Bandicoot, Spyro the Dragon and more. Either alone or with friends, a colourful and charming adventure awaits!

Featuring the voice talents of iconic British actors like Richard E. Grant and Dawn French, Sackboy: A Big Adventure tasks you to rescue the land of Craftworld from the clutches of Vex. Sackboy’s friends have been kidnapped and are in desperate need of help, laying the foundation for you and up to three others to explore jungle, winter snow and even the wettest underwater realms.

3D platforming family fun that showcases the joy of PlayStation 5

Sackboy: A Big Adventure is one of the premiere launch titles for PlayStation 5, sitting alongside Demon’s Souls and Spider-Man: Miles Morales to serve as the ideal adventure suitable for all the family. Many players long for the days where 3D platformers were just as affluent as third-person actioners or first-person shooters, so this fills a nice little gap. It also takes full advantage of the PS5’s unique SSD abilities, meaning there’s reduced loading times so the fun never need stop.

The PlayStation 5 Dualsense controller lets players feel closer to the games they play than ever before, providing shakes, vibrations and other types of haptic feedback that mimic the in-game experience. As Sackboy runs through water or sand you’ll feel an appropriate reaction from the controller. Sackboy: A Big Adventure is just as much about feel as colour and exploration.

Jump into the Sackboy journey with three friends

As well as bringing back the feel of the classic 3D mascot platformer, Sackboy: A Big Adventure also champions a time when playing with friends on the same screen was also a beloved experience. The game supports up to four players either locally or online, meaning that you never need to go it alone when exploring Craftworld. Plus, no split screen is necessary as the perspective is isometric and everyone can keep watch on their character.