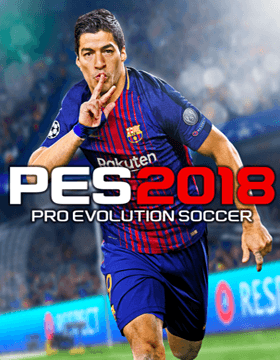 Find the best deals on Pro Evolution Soccer 2018 for PC (Microsoft Windows), PlayStation 4, Xbox One. We compare 4 deals (starting from £4.97) across every edition offered by our partner retailers.

Boasting full licenses for some of the world’s biggest teams – including Barcelona, Liverpool, Dortmund and more – faithful recreations of iconic stadia and highly realistic digital versions of the best players on the planet, via face scanning technology, Pro Evo 2018 is perhaps the best looking football simulation of all time. Realistic commentary, crowds, and highly detailed and intuitive player animations mean a game of Pro Evo 2018 is as close to watching an actual game of football as has ever been achieved before.

The gameplay engine, which was heavily praised in the 2017 edition of the series, has been tweaked and improved rather than extensively overhauled. The end result is a game that feels more responsive and like playing football in real life than ever before. Players can control the ball with every part of their body and can bring it under their command quickly. With animations improved and more realistic, players can be knocked off balance, meaning their passes will lack accuracy and their shots power.

Pro Evo 2018 is one of the famous series’ best entries for years, and is a worth challenger to FIFA’s football game crown.