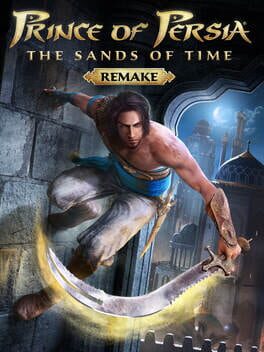 Prince of Persia: The Sands of Time - Prices and Deals

Find the best deals on Prince of Persia: The Sands of Time - Remake for Xbox One, PC (Microsoft Windows), PlayStation 4. We compare 26 deals (starting from £2.13) across every edition offered by our partner retailers.

The 2003 classic Prince of Persia: The Sands of Time will receive a ground up remake this year, continuing the trend of giving much beloved 3D platformers the modern facelift they deserve. However, this is Ubisoft’s first real attempt at the process, but they’re taking it seriously recapturing a similar sense of magic through the trademark time rewinding gameplay and recasting voice actor Yuri Lowenthal in the role of The Prince.

Prince of Persia: The Sands of Time: Remake is the same action-adventure players experience 17 years ago, only now it’s portrayed through a modern lens. It’s a full-scale remake that delivers the same sense of satisfying melee combat and balanced platforming, following the Prince’s journey to save his kingdom while using his dagger to rewind, accelerate and freeze time itself.

Story and gameplay come together in this time-bending tale

Entirely new cinematic cut scenes and fresh voice lines embolden the original Sands of Time narrative like never before. Set in ancient Persia during 9th century AD, exploring this linear adventure still feels flexible thanks to the tightness of how it feels to jump, hop and grab. Miss a ledge? Rewind time. Couldn’t reach the jump? Do so again. The dagger sees you wield the power of time so there’s near infinite room to try again.

Any remake worth its weight is one that’s unafraid to make improvements. And while Prince of Persia: The Sands of Time will look and feel largely the same, developer Ubisoft has improved to controls to give players greater control over the camera. You can also choose between the original or modernised remapping options, tailoring how The Prince handles to your preferences.

Use the power of time to solve puzzles

In addition to platforming and deep exploration, mastering the art of time travel is key to being successful in Prince of Persia. This is one of the few video games where making a mistake needn’t be the end, as the dagger allows you to rewind, pause and in some cases speed up time, letting you use it to your advantage. This is also the only way to complete certain platforming puzzles key to progressing.