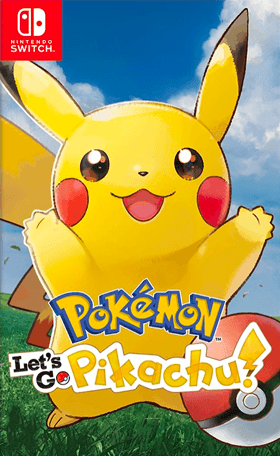 Find the best deals on Pokemon Let's Go Pikachu! for Nintendo Switch, Xbox. We compare 25 deals (starting from £36.99) across every edition offered by our partner retailers.

Featuring an all-new gaming engine as well as tweaked mechanics, Pikachu! (and companion game Pokemon Let’s Go Eevee!) is a fresh new take on the beloved Pokemon formula. You’ll no longer have to endure random wild encounters – instead, you’ll be able to see wild Pokemon in the long grass and pick which you fight.

Motion controls have been introduced to help you catch your favourite monsters in style. It’s as simple as using your Joy-Con or official Nintendo Poke Ball plus controller to gesture your arm with a well-aimed throw. Land the poke ball in the circle and you’re sure to collect whatever creature you see – well on your way to become Kanto’s next Pokemon master.

Meanwhile, you can still battle other players – both in-game and online – and make a point of trading with them in order to help catch ‘em all and complete your collection!

In case you hadn’t already noticed, Pokemon Let’s Go Pikachu isn’t your typical Pokemon game. Not only is this new Nintendo Switch iteration has gone full 3D thanks to the upgrade in hardware, but it also seeks to be the perfect entry point for those wanting to try the series for the very first time. To highlight the ways how, here’s everything you need to know about what’s new in the game:

Arguably the biggest change seen in Pokemon Let’s Go Pikachu (compared to previous games) in how you catch the titular little tykes. Rather than being limited to a simple button press, the Nintendo Switch’s gyroscopic controls makes it easier to line up any Pokemon within the catching circle to almost guarantee a capture. Alternatively, players can use a Joy-Con or Poke Ball plus controller to physically swing their arm and land a successful throw. 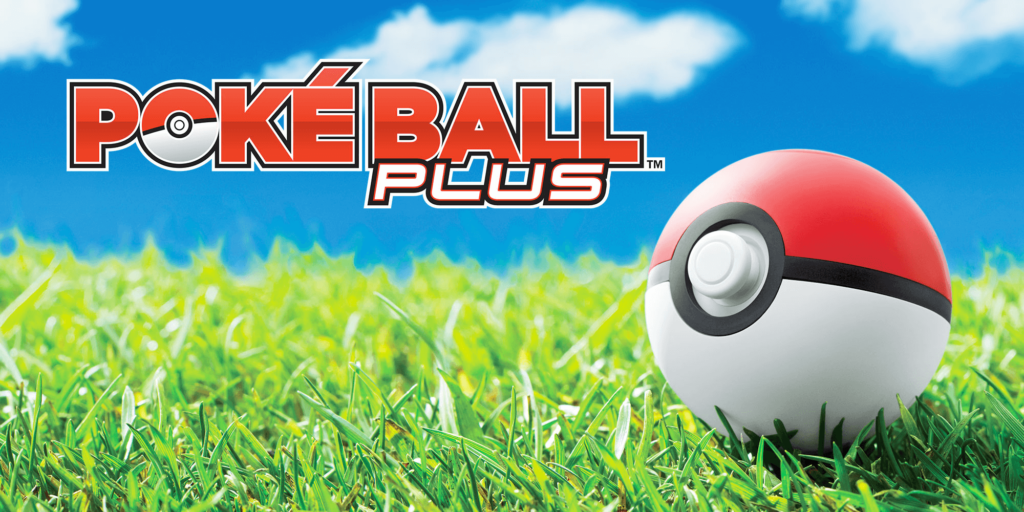 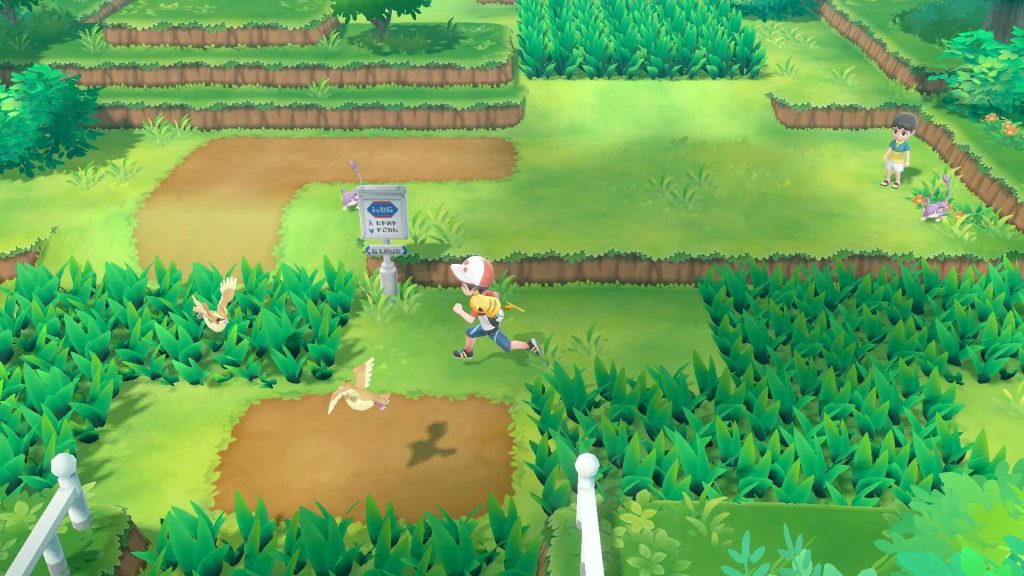 Another big difference new to Pokemon Let’s Go Pikachu is in how Pokemon actually appear in the world you explore – removing the frustration that typically came from bumping into them at random. Now trainers can manage their battles accordingly, never having to worry about winding up in endless bouts of random battles as they travel from town to town. Also, it’s quite nice seeing full 3D Pokemon creatures populate the overworld!

What with most Pokemon designs being objectively cute, it was only a matter of time before the games would lean into pet-simulation territory. Pokemon Let’s Go Pikachu is that game, where players dress up their respective Pikachu, feed him to keep his strength up and deepen the bond of friendship between trainer and Pokemon. Why not dress your Pikachu up to look exactly like you? 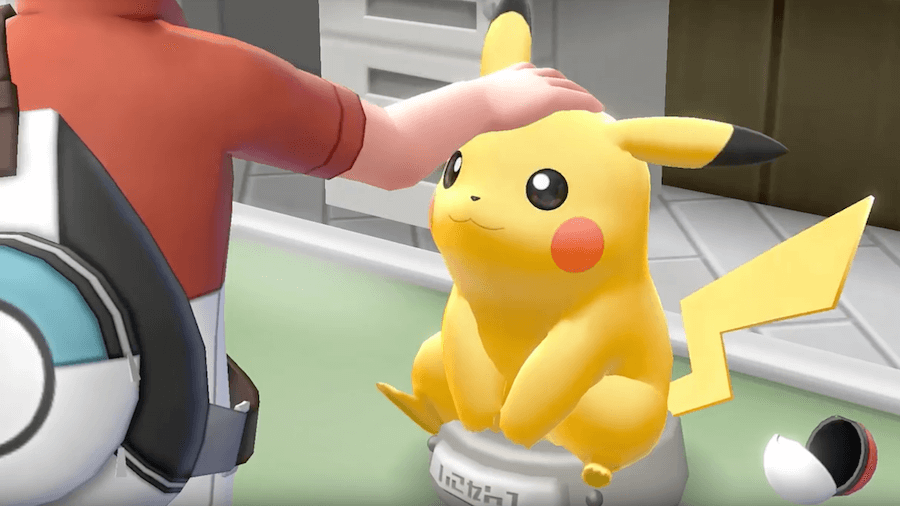 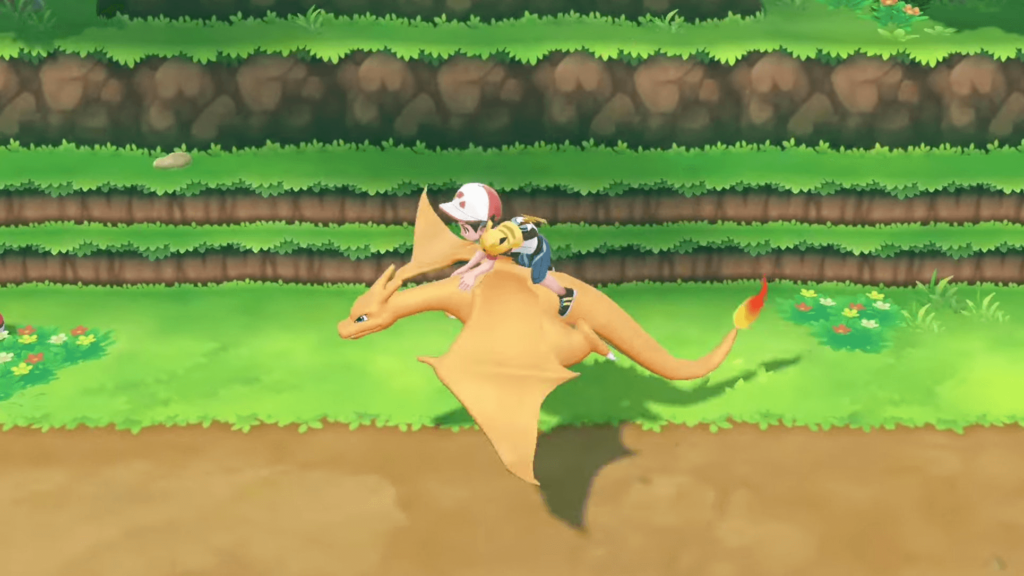 Hidden machines or “HMs” were a pet peeve for veteran Pokemon players, acting as a special move that needed to be taught to one of your party members in order to advance throughout the game world. Pokemon Let’s Go Pikachu does away with HMs, instead giving those abilities to your Pikachu companion and other more specific ones like Fly to Charizard.