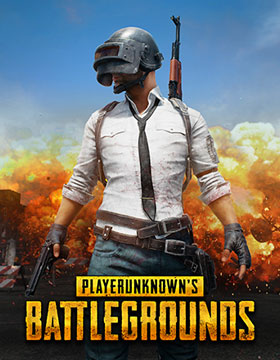 Find the best deals on PlayerUnknown's Battlegrounds for PC, PS4, Xbox. We compare 28 deals (starting from £3.45) across every edition offered by our partner retailers.

PlayerUnknown’s Battlegrounds came from nowhere to become the runaway gaming success of 2017, setting records for numbers of gamers playing at a single time while still in early access on the PC. Now available on Xbox One, the multiplayer phenomenon is ready to take over consoles too.

PlayerUnknown’s Battlegrounds follows a simple formula. You can either play solo or within a small team of friends. Along with 99 other players, you begin the match flying over a huge map and must choose a strategic point at which to eject and parachute down. Then you must fend for yourself.

Whether you want to go on the offensive and seize weapons from other players by wiping them out or you want to bide your time and stealthily navigate around the map, your tactics – and your shooting skills – will help determine whether you survive or not.

An added complication comes in the form of a safe zone, which is introduced after several minutes and gradually forces surviving players closer and closer together until the small area remaining becomes a deathmatch.

A two hour livesteam of Xbox One PUBG gameplay from IGN

Watch IGN review the PC version of the game, which largely resembles the Xbox version.