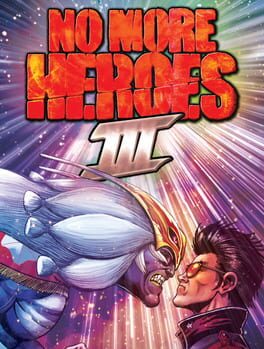 Find the best deals on No More Heroes III for Nintendo Switch. We compare 16 deals (starting from £34.99 across every edition offered by our partner retailers.

Travis Touchdown returns later this year as part of an all-new adventure coming to Nintendo Switch. It’s been a long time since we checked in with Santa Destroy’s number one champion, but now his rather unique services are called upon again, wielding his iconic beam katana to take on aliens and climb the ranks of the Galactic Superhero Rankings. The hack-and-slash fun has never been so insane!

Cutthroat combos are key to wielding the Beam Katana successfully, either using traditional button controls or Joy-Con motions only possible on the Nintendo Switch. Slicing and dicing only represent the beginning of what will help you win out-of-this-world boss fights. Watching your foe’s movements closely and knowing perfectly when to strike are equally important in this chaotic Nintendo Switch exclusive game.

Santa Destroy was reduced to nothing but a menu screen for No More Heroes II. That changes for this threequel, however, with Travis now able to explore four distinct locations from the back of his bike the Demzamtiger. Exploring these areas and completing jobs is how you can earn extra cash to pour into upgrades. This is the most realised the world of No More Heroes has ever been!

No More Heroes III will mark the first time a mainline series entry has launched in HD, harnessing the full power of Nintendo Switch to render Santa Destroy and so many crazy characters more beautifully than before. Whether docked or played in handheld mode on the go, dominating with skill makes this punk-rock adventure a true sight to behold.

Travis will be going up against a host of warped outer-space superheroes as part of the Galactic League. New this time around, though, is the Death Glove, which allows you to activate a range of strategic skills that makes Travis’s attacks even more effective. Combine this with the Beam Katana and the stun-ready wrestling moves, and there’s a lot of variety in boss fights.