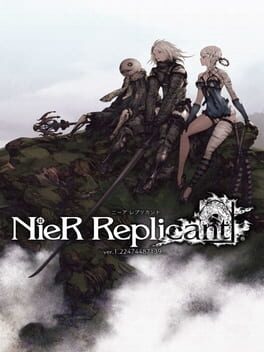 Find the best deals on  for PlayStation 4, Xbox One, PC (Microsoft Windows), Xbox. We compare 31 deals (starting from £37.99 across every edition offered by our partner retailers.

Previously a Japanese exclusive that failed to gain mainstream distribution here in the West, the oddly named Nier Replicant ver.1.22474487139... is a stylish action gaming coming to PS4 and Xbox One this April. This is actually a prequel to the now highly acclaimed cult classic Nier: Automata which released in 2017. Whereas in that game the humans had already vacated the doomed Earth, though, Replicant is set hundreds of years before.

The Western version of Nier Replicant ver.1.22474487139... features the same story and characters that Japanese players already got to enjoy. Here, however, it takes on the form of a full ground-up remake. This means that players on PS4 and Xbox get to play the absolute best version featuring improved visuals and fully voiced English dialogue, making the years-long wait worth it.

Learn the story leading up to Nier: Automata on PS4 and Xbox One

Nier Replicant takes place decades before humans are forced to vacate the Earth and Androids are sent to reclaim and cultivate what’s left. Because of this, you play as a kind young man who finds himself on a journey to save his ill-stricken sister. What follows is a rather poignant and emotional tale that still delivers super-stylistic action most Square Enix games are known for.

Accompanying you on your journey is a flying book known as the Grimoire Weiss Strap, which will autonomously attack alongside you against the hordes of enemies. The result is an action-adventure game that offers a mixture of ranged abilities and swordplay. 2017’s Nier Automata had a similar mechanic with your flying robot buddy, so returning series fans should feel right at home.

Nier Replicant ver.1.22474487139... might not be releasing for next-gen consoles, but luckily this modern western version benefits wildly from better graphics and fully voiced dialogue. This means that players who previously enjoyed Nier: Automata can follow the story without any issue. This looks and plays a lot better than the PS3 original, despite being developed by the same team.

When playing a Nier game you can always be assured that the combo-driven combat will be presented stylishly and is easy to learn. You’ll venture across barren landscapes with your trusty talking tome, the Grimoire Weiss, in search of “sealed versus”. This forms the basis of Nier Replicant’s satisfying action that plays extremely smooth.

Read more >
Destroy All Humans! and Second Extinction are set to arrive on Xbox Game Pass “very soon”
Read more >
Every big game releasing on PlayStation, Xbox and Nintendo Switch in May 2021
Read more >
What’s the difference between a video game remake, reboot and reimagining?
Read more >
Save up to 80% on top Nintendo Switch games in the eShop Indie World Sale