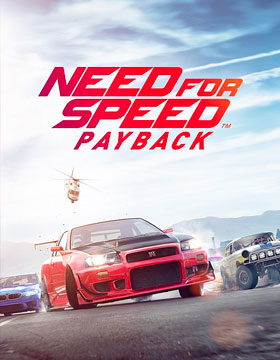 Find the best deals on Need For Speed Payback for PC, PS4, Xbox. We compare 26 deals (starting from £5.09) across every edition offered by our partner retailers.

Need for Speed has long been a staple part of the video gaming landscape, having debuted way back in 1994. Since then, it has pursued various avenues within the wider racing genre, including track racing and street racing. Payback is a continuation of the recent open world theme, allowing players to explore a large world freely.

Alongside this open world, you’ll tackle a range of events as part of the story mode. Whether its off-road drifting, time trials, races or stunts, Payback has plenty of variety.

You’ll also have to evade capture from the police in high octane pursuits that give you the option to simply outrun your would-be captors or attempt to ram them clean off the road.

Watch the official gameplay trailer for Need for Speed Payback.

Get a feel for the game in the official trailer.