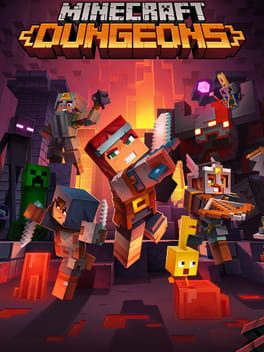 Find the best deals on Minecraft Dungeons for Nintendo Switch, PC (Microsoft Windows), PlayStation 4, Xbox One. We compare 85 deals (starting from £12.00) across every edition offered by our partner retailers.

Having already dominated the video game world by providing players with the ultimate creative toolbox, developer Mojang has turned its eyes to a different genre for this all-new Minecraft spin-off. Inspired heavily by the likes of Gauntlet and Diablo, Minecraft Dungeons is a top-down action-adventure that challenges up to four friends to battle together. It even supports local co-op as well as online, making it easy for you and your team to join up and survive.

Minecraft Dungeons has been specifically designed from the ground up for a family audience, which is a stark contrast to the hellish imagery this genre typically boasts. After creating your character and venturing into a dungeon, you’ll be able to hack and slash your way from room to room in no time. This you do while unlocking unique items, armour and powerful weapon enchantments. Minecraft Dungeons is in-depth isometric fun for all family members.

A top-down action Minecraft spin-off coming to Xbox One, PS4 and Switch

Going the action-adventure route might seem strange for a series that’s known for explicit freedom, but it makes a little sense when you consider that Mojang has previously tested other avenues. Just look at Telltale’s games very fun Minecraft Story Mode. Even more exciting about Minecraft Dungeons, however, is that it isn’t an Xbox One exclusive, but will also arrive on PS4, PC and Switch.

Fight side by side as a group of four

Delving into dungeons never need be a lonely experience thanks the four-player co-op included with Minecraft Dungeons. It’s representative of the collaborative style of play popularized in the main game, only here your fighting together rather than building together. Levels are also stuffed with treasure, so it pays to have people play with you to cover more ground. 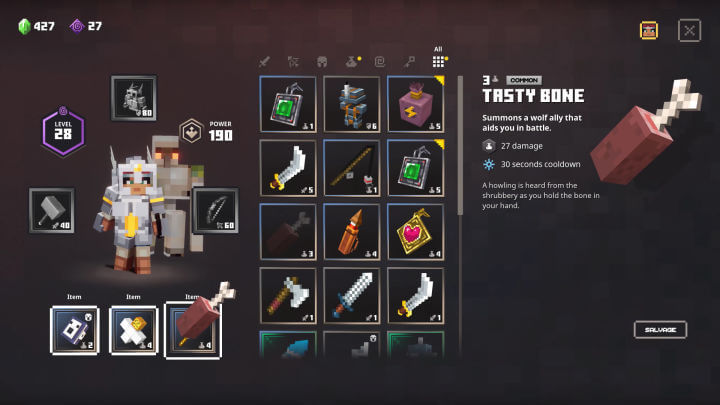 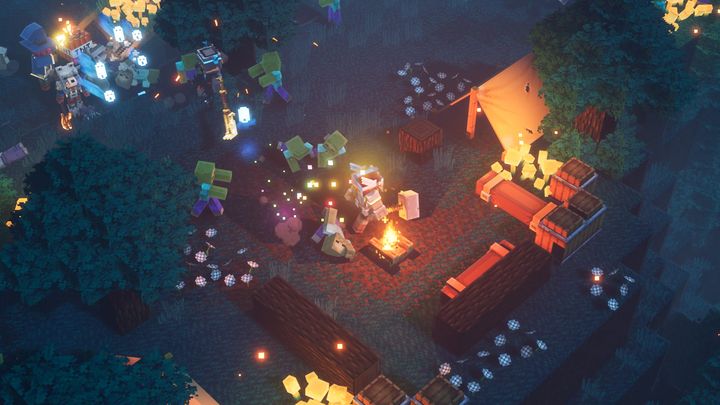 While certain areas in Minecrafty Dungeons like the overworld have been designed by hand, the game will feature levels that are entirely randomized, too. This ensures that players always need to stay on their toes when first going in, utilizing their special skills and relying on their teammates to not become overwhelmed or die. You must survive to defeat the evil Arch-illager.