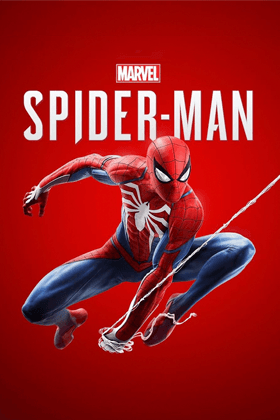 Find the best deals on Marvel's Spider-Man for PlayStation 4. We compare 22 deals (starting from £17.06) across every edition offered by our partner retailers.

Few characters have been given as many trial runs in video games as Spider-Man. He made his debut on the Atari 2600 back in 1982, and since then he has appeared in one form or another on just about every console that has come since. Few characters have captured the imagination as the masked web-slinger has, and it’s fair to say that video games have generally struggled to translate his unique set of skills into a playable format.

That is, until now. With 2018’s Spider-Man, you can partake in one of the most immersive and technologically advanced superhero games. Spider-Man features a completely new story, a vast battery of villains to take on and perhaps most excitingly, a bespoke physics engine designed to give you the freedom to roam the open world version of New York City in the way only Spider-Man can.

Spider-Man comes with a completely new story written specifically for the game, and one that sees you in possession of all of Spidey’s classic abilities from the off. The game features fully animated cut scenes and even has levels in which you play as Peter Parker and Mary-Jane, as you seek to unravel the mystery behind philanthropist-turned-super villain Mister Negative and his band of Spider-Man’s enemies.

Perhaps most excitingly, Spider-Man will be one of the first times players can truly experience what it’s like to swing from skyscraper to skyscraper in classic superhero style. Insomniac have created a scaled version of New York with many pieces of iconic real estate from the comics, and you can visit all by swinging, climbing and gliding through the city.

The web-slinging doesn’t stop at navigating the city. You can use a range of different moves, including grabs and pins, when engaged in combat, and can harness nearby objects to your advantage by grabbing them with a web and swinging them as projectiles.

The PS4-exclusive Spider-Man promises to be one of this year’s biggest games.